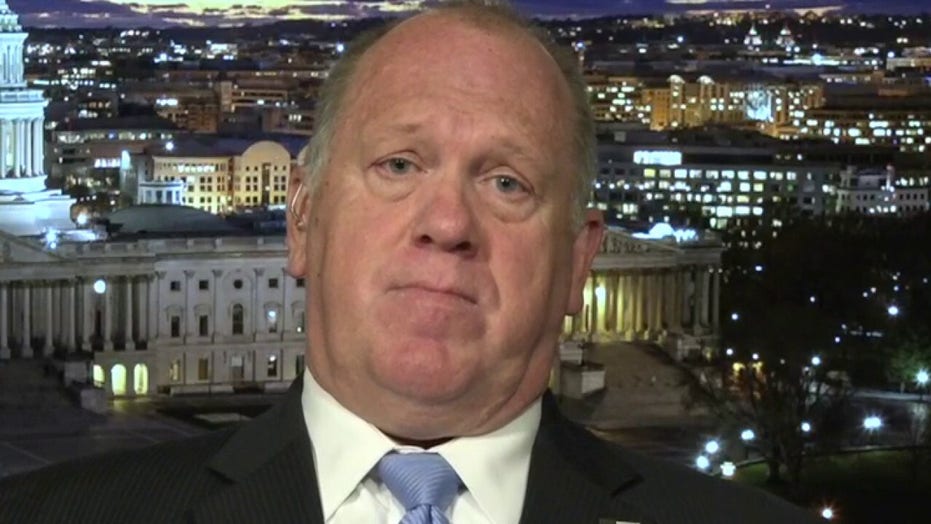 It was bad enough when New York Democrats and Gov. Andrew Cuomo enacted the “Green Light Law” in January that allowed illegal immigrants to legally obtain driver’s licenses. Yes, those who are in the country in violation of federal law were granted the privilege of obtaining a state driver’s license by New York politicians.

“Green Light” is an appropriate name because this law gives illegal immigrants a green light to disrespect our immigration laws and our sovereignty.

That law also forbids state Department of Motor Vehicle (DMV) agencies from sharing data with immigration authorities like Immigration and Customs Enforcement (ICE) and Customs and Border Protection (CBP). This was beyond even what other states had done with similar laws.

NEWT GINGRICH: CORONAVIRUS AND SENIORS — CUOMO SOLD THEM OUT. HERE ARE THE ASTONISHING DETAILS

Of course, none of this squares with the Real ID Act but that doesn’t matter. This is about fighting President Trump, about being part of the resistance.

Now a bad law has gotten even worse.

In the New York state budget signed by Cuomo in April, an amendment was added to the “Green Light Law” that makes it a Class E felony for officials to share DMV information with an agency like ICE or the Department of Homeland Security that enforces immigration laws.

If we have learned anything from the 9-11 Commission, it was that law enforcement agencies should always communicate and work with each other.

The left will say these agencies don’t need to work together, that this is immigration enforcement overreach. They are misleading the public. This is about knowingly hiding information about those here in violation of federal law, many of whom are criminals.

Entering this country illegally is a crime, but I am not talking about that. ICE’s most recent data shows that 89 percent of those the agency arrests in the U.S. either have a criminal conviction or have criminal charges pending against them, in addition to entering the country illegally. That’s right, almost nine out of 10.

The Green Light Law and its latest amendment clearly place a political agenda ahead of public and officer safety.

But that remaining 11 percent is important too. Remember, at least three of the 9-11 hijackers had overstayed their visas and were illegal immigrants at the time of the attacks. They did not have any criminal history at the time.

I’m not saying that all illegal immigrants are terrorists or criminals. Most are not. But how many are too many? I’d say one.

During my tenure as acting director, ICE took over 5,000 criminal illegal immigrants off the streets of New York. Cuomo should be sending a thank you letter to ICE for helping keep communities in his state safe, not keeping information away from them.

The Border Patrol also arrests not only illegal immigrants but many individuals who are criminals and public safety threats. Consider how this new amendment affects them.

J.P. Kennedy, the U.S. attorney for the Western District of New York, said it best: “Border Patrol, for example, working the highway in the middle of the night, pulls over a vehicle. They can’t run the plates to determine who owns that vehicle. I think it’s legislating obstruction and it’s very concerning to me.”

Kennedy says the amendment was passed quietly, while the world was focused on a global pandemic, and raises concerns for the safety and security of New York residents. I agree with him 100 percent and I raised the same concerns months ago when the Green Light Law first passed. It is obstruction and the Department of Justice needs to investigate and take action.

Imagine if the federal government responded in kind, refusing New York law enforcement officers access to the National Crime Information Center database. That would be devastating to state law enforcement. But of course, Attorney General William Barr and President Trump would never do that because they care about the safety of all law enforcement officers and the people they protect. As he has proven over and over again, the president has the back of our cops.

The same is true of Border Patrol and ICE officers. Even though New York has passed a law that puts them at risk, the men and women of these two agencies will never turn their back on New York cops. They would not hesitate to put their lives on the line for fellow officers, ensuring that they can go home to their families at night. You cannot outlaw the camaraderie among law enforcement officers.

The Green Light Law and its latest amendment clearly place a political agenda ahead of public and officer safety. Every New York legislator who supported this law should visit the National Law Enforcement Officers Memorial in Washington and explain to the families of fallen officers, include more than 200 from the Border Patrol and ICE, why they turned their back on those who serve.

These officers gave their lives helping keep this country safe while politicians slept soundly in their beds at night. This Green Light Law, sooner or later, will cause more names to be added to that same wall.