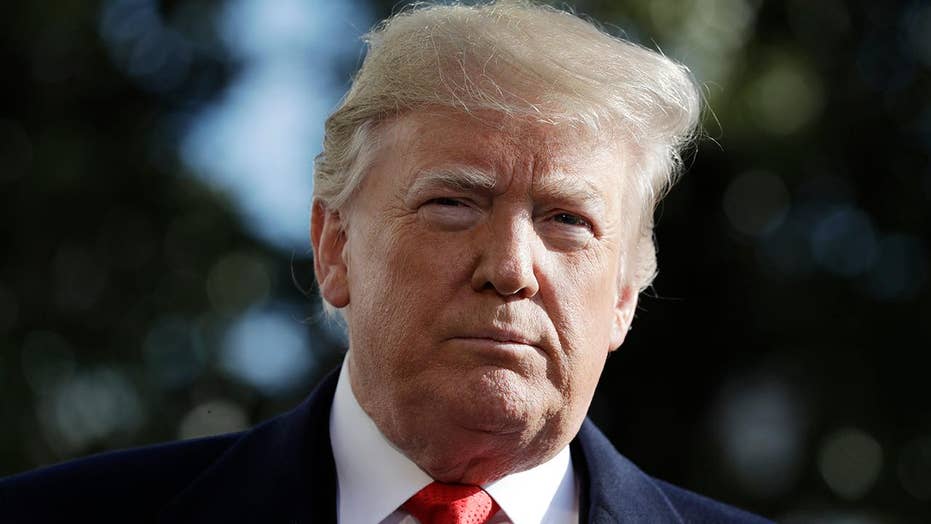 When you see pictures of smiling world leaders from the G-20 summit that began Friday in Buenos Aires, Argentina, remember that the images do not depict reality.

The G-20 summit is not a pleasant social gathering of nice people who all have the same values or the same commitment to what we think of as civilization.

There are a number of leaders in this meeting who have horrifying track records of breaking the rule of law, killing people and routinely lying. So as you observe the grins, handshakes and awestruck news coverage, don’t be fooled.

NEWT GINGRICH: TRUMP HAS ACCOMPLISHED MORE THAN CLINTON, BUSH, AND OBAMA COMBINED - THIS IS JUST THE BEGINNING

Argentina, Brazil and Mexico each have substantial problems with corruption. In addition, Mexico has had a large and growing problem of cartel violence, which threatens to shake the very fabric of its ability to govern itself. In fact, more than 130 politicians and political operatives were assassinated in connection with Mexico’s elections in July. Cartel wars are killing hundreds of thousands more.

Argentina, Brazil and Mexico are at least trying to enforce the rule of law and a commitment to participate in a community of nations.

However, consider the countries that routinely defy our notions of common decency, the rule of law and a minimum level of transparent honesty. In particular, look at Saudi Arabia, Turkey, Russia and China.

This week the liberal media attention is on Saudi Crown Prince Mohammed bin Salman, who is widely believed to have been directly or indirectly responsible for the killing of Washington Post contributing columnist Jamal Khashoggi.

Saudi Arabia is a very tough, family-run dictatorship that still imprisons and executes people. As David Ignatius brilliantly reported in The Washington Post, Crown Prince Mohammed has simultaneously implemented modernizing reforms and increased the level of violence and police-state tactics.

However, the media should have a broader view of the dangerous and destructive leaders who are attending the G-20 summit.

One of those attending is Russian President Vladimir Putin, who tried to kill fellow Russians by poisoning them in England. Putin came to Argentina fresh from the Russian assault on the Ukrainian Navy and in the middle of an ongoing war in Eastern Ukraine that Russia has fomented, financed and led.

President Recep Tayyip Erdogan of Turkey is currently using the Khashoggi murder to embarrass his Saudi rivals. Of course, in 2017 the Erdogan regime had more journalists in prison than any other country in the world. The Turkish president is running an increasingly repressive regime that seeks to undo the modernizing and secularizing reforms of Turkey’s first president, Mustafa Kemal Ataturk.

President Xi Jinping of China proved his repressive nature has no sense of humor when he banned the new Winnie the Pooh movie because Pooh looks too much like Xi, and the Chinese people were making fun of the president.

Of course, banning Winnie the Pooh is a minor infringement compared to crushing the cultures and religious beliefs of the Tibetans and the Uighers. Nor does it touch Xi’s creation of a nationwide totalitarian scoring system to track and evaluate every single person in China.

The Chinese approach to operating a high-tech dictatorship – using facial recognition and massive databases controlled by the government – is increasingly admired by other autocratic leaders. The Chinese are building a robust industry exporting the tools of dictatorship, all of which will feed data back to a central Chinese repository and giving Beijing more and more influence among nations run by the dictators.

It is useful to get all these leaders together at the G-20 summit, but we should have no illusions about who they are and what they stand for.

We need to forget about the vision (maybe fantasy) of a “new world order” and the fantasy that an international community developing legal structures can replace sovereign nations. Instead, we should have an honest conversation about how tough the world is and how ruthless some of its leaders are.

This is why the United States must emphasize our national security and economic interests – as well as be cautious about dealing with countries that are totally different from us and have competing ideas about what civilization should be.

As you watch the G-20 news coverage, remember who these leaders are. Listen to see if reporters are covering the summit as a genial Rotary Club meeting or as the gathering of very tough, dangerous people that it is.