New 'Doctor Who': Media has trouble digging up sexism charges as next star is announced 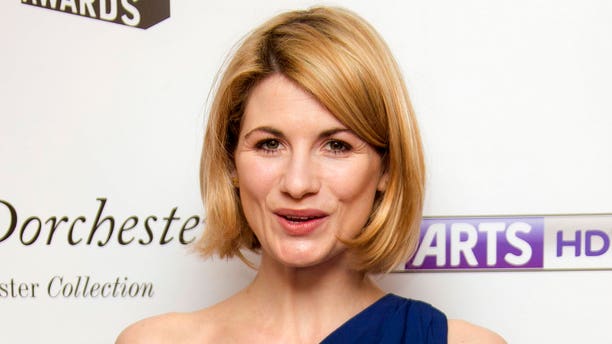 Actress Jodie Whittaker has been cast as the first female Doctor on the BBC sci-fi series "Doctor Who." (Joel Ryan/Invision/AP)

Every couple of years, pop culture internet holds its collective breath while they await the revelation of a new Doctor Who, the main character of BBC’s massive cultural hit, stemming back almost as long as James Bond. This year, BBC threw their fans a bone by finally, at long last, introducing a female Doctor. For those unaware of why this may matter or not, the character of Doctor Who is a genderless time lord, an alien who regenerates and take the form of a human being after their previous form is either killed or otherwise expires. It’s a plot device that allows the character and the dynamic between the Doctor’s mortal assistants (usually but not always female) to stay fresh in the minds of the producers.

The 13th doctor however will not take the form of another man. Actress Jodie Whittaker will take over the lead character, a first for a woman. Expectedly this of course drew media to questions of sexism and misogyny as Whittaker herself told fans in an announcement not to “Fear” her gender.

Just as media did with a “black stormtrooper”, there was an attempt to create a casting controversy where there wasn’t one. Blogger Mike Partyka tweeted out “I felt a mild disturbance in the Force, as if millions of male voices suddenly yawned and said, ‘Okay I hope she does good.’ This was a perfect summation of the overall reaction. Still, however, that did not stop media outlets and social justice warriors from attempting to find some narrative of rampant sexism regarding the casting of Whittaker.

Democrat congressional candidate Brianna Wu tweeted out “Feminist friends! Take time to enjoy the comments sections over the new #DrWho13. Misogynist man-babies are having a NUCLEAR MELTDOWN.”  Except there really was no meltdown. There were no hashtags threatening to boycott. There were no mass protests on social media. Whittaker’s casting was accepted with avid curiosity and was overall positive.

What there was were a few comments, once again by random twitter and Facebook users with no real influence. This, however, did not stop other outlets from running with it -- Buzzfeed in particular.

“People Are Making The Most Hilarious Jokes About The People Who Are Not Okay With A Woman Playing The Doctor In "Doctor Who” blasted the headline of a story written by reporter Remy Smidt and TV Editor Scott Bryan.

This great internet protest of the new Lady Doctor amounted to a few private Twitter users voicing an opinion who cumulatively have gathered less than a total of 2,000 twitter followers. The Buzzfeed piece then went on to cite a disproportionate amount of Twitter users with larger followings to “clap back” at them which in fact actually proves the point that there was not rampant sexism directed at Whittaker or the casting decision.

Once again, media outlets are attempting to create a fake controversy where there really isn’t one in hopes of generating some narrative about how sexist and unaccepting of women (or change) our society is. Whittaker is bound to be asked about “the fans” and “the haters” online during press junkets. She’d do a lot of good by ignoring this game.