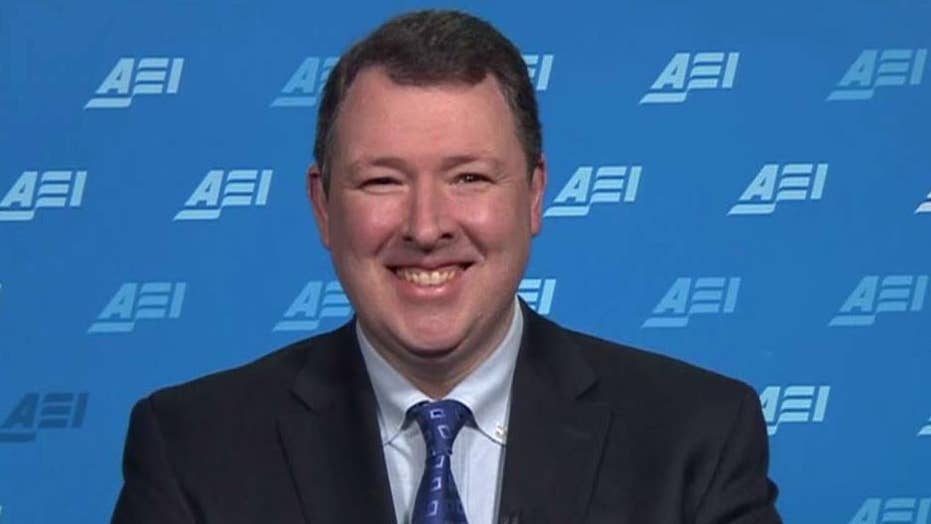 Will Democrats bet on a loser and back the man that Ted Cruz defeated in the Texas Senate race? Reaction from Fox News contributor Marc Thiessen, columnist for The Washington Post.

Look at the losers running, or considering a run, for the Democratic presidential nomination.

I don't mean that pejoratively. I mean it literally.

Beto O'Rourke's presidential candidacy is the ultimate expression of the participation trophy culture on the left. It used to be you had to win on the state level before taking the national stage. Barack Obama won a Senate seat from Illinois before immediately declaring his intention to run for president. At the time, that was considered pretty audacious. He hadn't accomplished anything in the Senate before he decided on a presidential run. But at least he won. O'Rourke lost his race to unseat Sen. Ted Cruz, R-Texas, last year. He got a participation trophy. Apparently, he thinks that qualifies him to be the leader of the free world.

MARC THIESSEN: IT'S PELOSI VS. OCASIO-CORTEZ, OMAR, TLAIB IN THE BATTLE TO CONTROL THE DEMOCRATIC PARTY

Well, he must have some accomplishments other than almost winning a Senate seat, right? Not really. House Speaker Nancy Pelosi was flummoxed when asked what O'Rourke had accomplished in Congress, saying he "brought a great deal of vitality" to his work "preserving our planet and protecting our people." (In fact, O'Rourke passed a single bill, H.R. 5873, which renamed a courthouse in his hometown of El Paso.) Texas Democratic Party Chairman Gilberto Hinojosa was questioned by Ed Henry on Fox News, "What would you say is Beto O'Rourke's top accomplishment that he brings to the table?" Hinojosa could not name a single one. "I'm not even talking about Congress," Henry said. "What has he done in his life?" "Your question is meaningless," Hinojosa replied.

So, if O'Rourke hasn't accomplished anything, he must at least have some clear ideas of what he wants to accomplish in the Oval Office, right? Nope. The Post reports that "unlike candidates such as Bernie Sanders and Elizabeth Warren, who launched their campaigns with clearly articulated policy platforms, O'Rourke focuses more on sweeping calls for unity and pitching himself as the best antidote to the country's toxic politics." The motivation for his run, apparently, is him. As Vanity Fair's Joe Hagan explains in a recent profile, O'Rourke "can't deny the pull of his own gifts." He tells a reporter, "Man, I'm just born to be in it."

He's not the only statewide loser taking the national stage. Stacey Abrams lost the governor's race in Georgia in 2018, yet national Democrats tapped her to deliver the official rebuttal to the State of the Union -- a task normally given to those who actually won their races. And now, The Post reports, she is considering a race for president as well. "I think that I am a skilled communicator," she said. "I think I'm a very good thinker. No, I know I'm a good thinker. I know I have policy chops. I have foreign policy experience."

FILE -- Georgia Democratic Gubernatorial candidate Stacey Abrams walks on stage and waves at the audience for a campaign rally at Morehouse College with Former US President Barack Obama on November 2, 2018, in Atlanta, Georgia. Obama spoke in Atlanta to endorse Abrams and encourage Georgians to vote. (Photo by Jessica McGowan/Getty Images)

Foreign policy experience? She served as minority leader of the state House of Representatives. Her official bio lists her as "former term member of the Council on Foreign Relations" (a temporary membership for young people) as well as "a Council on Italy Fellow, a British-American Project Fellow, a Salzburg Seminar-Freeman Fellow on U.S.-East Asian Relations, a Salzburg Seminar Fellow on youth and civic engagement and a Yukos Fellow for U.S.-Russian Relations." That might qualify her for an entry-level job at a left-wing think tank, but it hardly qualifies her to be commander in chief. Even O'Rourke can claim experience on the House Armed Services Committee.

Democrats point out that President Trump had never won statewide office before running for president. That's true. But he also had not run for state office and lost. He ran as a successful outsider, not as a failed insider. And unlike O'Rourke, he had actual accomplishments -- including a multibillion-dollar real estate empire.

This is not to dismiss O'Rourke's chances. He raised a whopping $6.1 million in his first 24 hours as a candidate, just edging out Sanders's first day haul of almost $6 million. That is the best of any Democrat running for president so far. As the New York Times noted, "In a single day online, he raised nearly a quarter of what Barack Obama, then a senator, did in the entire first quarter of 2007."

Apparently, Democrats like losers. We'll soon see if one can win the presidency.