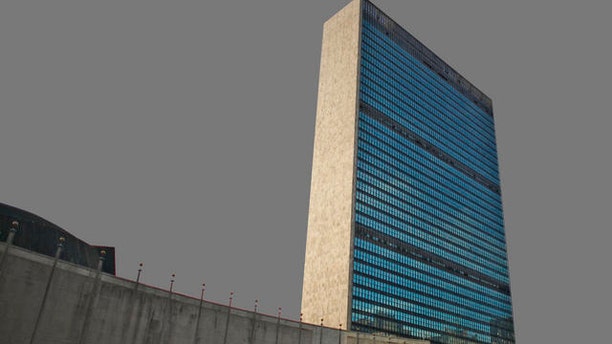 It’s an old UN game trotted out whenever Americans get fed up with throwing money down the UN drain or paying for a global platform used to trash the USA’s best interests and spew anti-semitism. It goes by the name of “UN reform.” And President Trump appears to have taken the bait -- hook, line and sinker.

One day ahead of the president’s first appearance at the General Assembly on September 19, he will host a “UN Reform High Level Event” for the purpose of adopting a “UN Reform Political Declaration.” The Declaration, with ten points, has just been released and its primary characteristic is vagueness – the only kind of “reform” plan capable of garnering any support at the UN.

While America’s Ambassador Nikki Haley is taking ownership of the initiative, there is no doubt that the reform mantra is a UN-contrived antidote to White House noises about slashing UN funding.  UN expenditures have ballooned to about $48 billion a year, of which approximately $10 billion comes from U.S. pocketbooks.

The only leverage that registers at the UN is money, and the willingness of its number one funder – the United States – to use it.

The rationale for altering U.S. support for the UN is suggested by periodic measurements of our UN “successes.”  In mid-August of this year, the State Department delivered its Congressionally-mandated report on voting patterns at the UN. It is a tally of how American interests and values line up with UN outcomes and the votes of countries that enjoy taking foreign aid with no strings attached.

The new report makes the following computation: In 2016, counting all the final draft resolutions of the full plenary of the General Assembly – that were adopted by a vote and on which the U.S. voted yes or no – "coincidence of voting," or how often other countries voted the same way as the United States, was a mere 37 percent. The U.S. lost every one of 18 votes slamming Israel.

The State Department responded to this data, however, by reassuring Congress that most resolutions at the General Assembly are adopted by consensus and not by a vote. They neglected to mention how consensus at the UN works. It looks like this.

Step one: On December 24, 2016 the U.S. voted to defeat a resolution that funded a UN Human Rights Council Boycott, Divestment, Sanctions (BDS) campaign directed at Israel. The vote took place at the committee level and the loss was 151 against a proposal not to fund, 6 in favor (including the United States), and 6 abstentions.

Step two: Later that same day, the entire UN 2016-2017 budget came to a vote in the General Assembly plenary. Now the budget incorporated funding for the BDS campaign – a program that includes the production of a blacklist of American companies doing business with Israel.  And at this stage, the U.S. proceeded to “join consensus” – having given up the fight.

Perhaps no one performed the routine better than former Secretary-General Kofi Annan. On the verge of being fired because of the “Oil-for-food” kick-back scheme that enriched his UN cronies, and involved his own son, Annan contrived a UN reform plan.  The UN’s top human rights body, the Commission on Human Rights, was a standing joke, particularly after Libya was elected to chair it.  Annan championed…a change of name, and saved his job.

A few more tweaks were thrown into the metamorphosis of the Commission into a Human Rights Council, but the only proposed change that really mattered was the (American) idea of introducing criteria for membership. This true reform proposal went nowhere, and today, Saudi Arabia, Venezuela, China and company are firmly ensconced as members and UN human rights authorities.

The “pre-reform” Commission had one agenda item dedicated to Israel-bashing at every session, and one item for considering all other states in the world.  The “reformed” Council immediately replicated the double-standard.  Ambassador Haley wants to reform the reform, and will pay the Council’s bills in the meantime. Music to UN ears.

In short, UN reform is a mug’s game.

The only leverage that registers at the UN is money, and the willingness of its number one funder – the United States – to use it.

Alas, the Senate Foreign Relations Committee is working on a State Authorizations Bill that, for reasons unknown, says absolutely nothing about the UN.  A draft appropriations bill in the House touches the UN, but most anticipate it will go nowhere and by the end of September only a continuing resolution extending April’s omnibus appropriations bill will go forward. UN fans with a perverse stranglehold on a GOP-led Congress will decide to spend and the president will be left saying yes, sir – orations about seriously cutting US-UN contributions notwithstanding.

Some existing funding provisos require the Secretary of State to certify UN action is in the national interest. They provide a little wiggle room – if Secretary Tillerson is so inclined. And if the president quit the Human Rights Council today, we would no longer be paying for a boycott of our own businesses and attempting to destroy our ally Israel.

Instead, we’re gearing up to bankroll a UN-led reform of the unreformable. Making America feeble again.