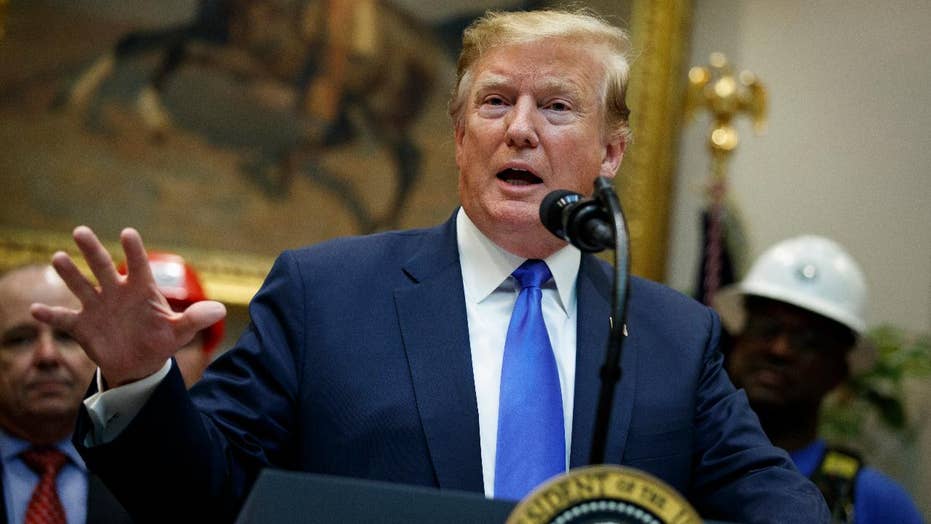 Critics are correct: President Trump was wrong when he threatened to release tens of thousands of asylum seekers into sanctuary cities.

He should have just done it.

It is high time that Democrat leaders, secure in their walled estates and derisive of the president’s efforts to restore order along our southern border, share the responsibility of supporting and caring for the crowds of undocumented people overwhelming our facilities in Texas, New Mexico and elsewhere.

MEXICO DEPORTS 204 MIGRANTS BACK TO HONDURAS

Needless to say, transporting thousands of people to cities like San Francisco and New York is unlikely for all kinds of budget and logistical reasons. Still, it might knock some sense into our liberal legislators who continue to ignore the overwhelming surge of illegal immigrants across our southern border.

For months Democrats have denied the emergency at our border, denounced the president for politicizing a “manufactured crisis” and dismissed border patrol professionals who advocate for barriers that might help control the surge. They have steadfastly refused to pass any measures that might alleviate the problem.

They have denounced the president for attempting to change what is clearly a broken asylum process, all the while attempting to score political points by campaigning to eliminate ICE, an organization that routinely cracks down on sex traffickers and drug dealers.

What is wrong with these people?

Even The New York Times, doubtless convinced by heart-rending photos of thousands of families stuck at the border, has concluded the “U.S. Border Could be at a Breaking Point,” as they recently reported.

Cory Booker recently kicked off his campaign for president at a rally in Newark, where he dramatically accused the administration of “throwing children into cages…”

Earlier this year, Booker bravely joined other Democratic presidential hopefuls in voting against the spending bill that included $1.37 billion to build barriers along the border as well as an additional $500 million for funding ICE, which aimed to ease the terrible crush at our southern border. The bill easily passed, so the “no” vote was simply a political gesture of the sort Booker, aka “Spartacus,” has become known for.

It allowed the New Jersey senator to join the radical leftists in his party who denounce our treatment of people attempting to enter the country illegally, without offering any actual solutions to what is undeniably a serious problem.

According to Border Patrol officials, more than 103,000 migrants crossed the border in March, up from 76,000 in February. The New York Times acknowledged, "More undocumented immigrants were apprehended along the southern border in March than in any month since 2007…”

Of course, any sensible measures to cut down on the relentless flow of undocumented people into our country will be met with horror from the left.

A border patrol official recently testified before the Senate Homeland Security Committee that individuals from 50 different countries had been apprehended at our border with Mexico.

As reported in the New York Post, people from Bangladesh, Egypt, and Turkey have been caught trying to enter the U.S. illegally – all known sources of terrorism. Is Nancy Pelosi OK with that? Is Chuck Schumer? What is their answer?

Democrats think they have the high road in this issue, having denounced the Trump administration’s earlier (abhorrent) policy of separating children from their parents in an effort to discourage the immigration surge. But Americans are not happy to see those organized caravans of thousands overwhelming our border. President Trump is right: it makes the U.S. look stupid.

Polling indicates that even as Democrats try to dismiss the crisis at the border, or even deny it, Americans think it is a serious problem. Asked by Gallup whether they “personally worry” about illegal immigration, 78 percent of respondents say they do; only 21 percent say it does not concern them at all.

As Democrats try to push for increased services and rights for undocumented persons, opposition to their open border stance will increase. Earlier this year when San Francisco began allowing people into the country illegally to vote in school board elections, polling showed 71 percent of Americans opposed the move.

San Francisco is not alone. Other cities have allowed undocumented persons limited voting rights, as well as increased access to benefits such as help with college tuition. Just in the past few days, New York Democrats approved $27 million in tuition aid for Dreamers, while blocking a bill that would have assisted the children of disabled or deceased military veterans. Imagine the outrage.

The caravans of tens of thousands of people traveling to our border are encouraged by our policy of giving asylum preference to families and the knowledge that the process is easily gamed. People entering the country illegally who claim asylum have to plead their case; most have been coached to utter the magic words which allow them to stay.

In the past fiscal year, nearly 98,000 migrants were interviewed as part of the so-called “credible fear” screening process;  almost 75,000 were allowed entry into the country. Once in the U.S., most are given a future court date, often more than two years in the future, when they are supposed to argue their case. Most fail to show up for that hearing.

The Trump administration wants to change the laws governing our system, to make it harder for asylum seekers to pass that initial screening process. Officials might demand greater proof that the immigrants face actual threats, or the State Department might be required to certify the level of threat in their home countries.

Of course, any sensible measures to cut down on the relentless flow of undocumented people into our country will be met with horror from the left. Democrats in Congress, however, will  have only themselves to blame if the president is forced to act unilaterally. And, if he is re-elected by those incensed at their refusal to deal with this problem.