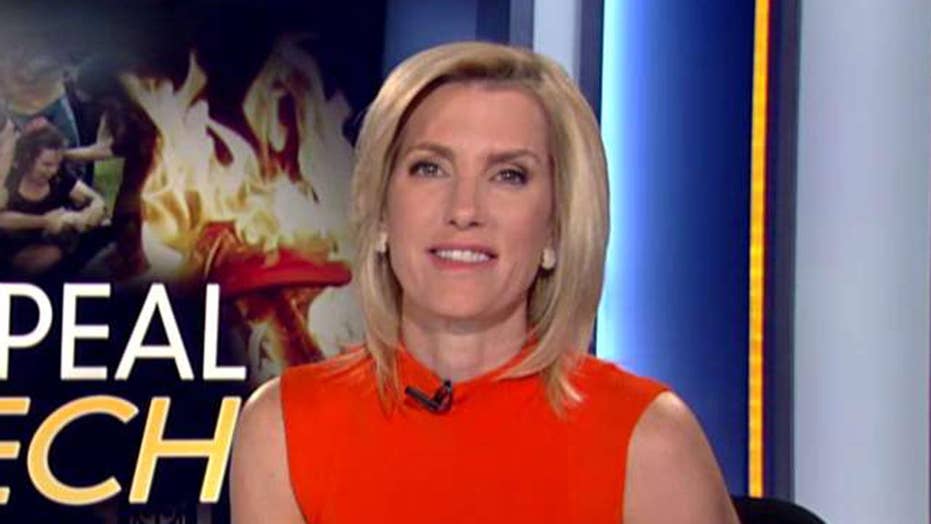 In 1964, on the UC Berkeley campus, the Free Speech Movement was born. The drama unfolded when thousands of students gathered to prevent the arrest of a civil rights activist and they surrounded a police car on Sproul plaza.

There was a mass sit-in, with students demanding no disciplinary action for violating the administration's then-free speech restrictions.

"There's a time when the operation of the machine becomes so odious - makes you so sick at heart that you can't take part," said Mario Savio, leader of the Free Speech Movement, in his famous speech at Sproul Hall. "You can't even passively take part. And you got to put your bodies upon the gears and upon the wheels, upon the levers, upon all the apparatus and you've got to make it stop. And you've got to indicate to the people who run it, to the people who own it that unless you're free, the machine will be prevented from working at all."

"Unless you're free, the machine will be prevented from working at all."

Hold on to that thought.

Well, those students eventually won the free speech concessions from the administration back then. Yet, 55 years later, free speech is more dead than alive at places like UC Berkeley.

Even if conservatives are technically allowed to speak or appear on campus, they are shouted down, accosted and harassed when they show up.

And this anti-free speech -- really anti-freedom -- movement didn't start with Trump. It's been growing since former U.S. Ambassador to the UN, Jeane Kirkpatrick was shouted down at colleges in the early 1980s, including at Berkeley, by the way.

So where are the principled thinkers of the left today? Why aren't they standing up and fighting for the free expression rights of everybody, including conservatives?

And don't forget what happened in 2014 when Condi Rice was invited to give the commencement address at Rutgers University. Protests ensued. Secretary Rice eventually gave in to the mob and stepped aside as speaker. Well, it would have been nice though, wouldn't it, If Barack Obama, then the nation's first African-American president, had said something --  anything -- to support the free speech rights of the nation's first African-American female secretary of state. But no such luck.

President Trump struck a blow for free speech on campus on Thursday afternoon and announced an executive order aimed at schools that trample on free speech rights. Now, of course, the cable networks largely dismissed this effort as just basically exaggerating this threat on campus altogether. Others suggested that Trump was acting to only protect the speech of his supporters. So, in other words, that would mean his entire exercise was meant to just, what, target liberal speech on campus? That is just ridiculous! Completely absurd.

So where are the principled thinkers of the left today? Why aren't they standing up and fighting for the free expression rights of everybody, including conservatives? And by the way, conservatives are obviously in the minority at colleges nationwide.

President Trump gave the universities an ultimatum if they don't protect the free speech of conservatives.

"Even as universities have received billions and billions of dollars from taxpayers, many have become increasingly hostile to free speech and to the First Amendment," he said. "We will not stand idly by and allow public institutions to violate their students' constitutional rights. If a college or university doesn't allow you to speak, we will not give them money. It's very simple."

Back to Berkeley in 1964. Many of the students who ended up agitating for free speech that fall had spent the summer in Mississippi registering black sharecroppers to vote. This is where they were radicalized, and they tied their own free speech rights to the Civil Rights Movement -- a very interesting tactic.

It's a fascinating story. But you might not know that a group called the Independent Socialist Club also played a key role in organizing the Free Speech Movement. And it's funny, isn't it? That all these decades later, with more Democrats slouching toward socialism, it takes a conservative Republican like Donald Trump to remind us what the Free Speech Movement was all about -- freedom.

Adapted from Laura Ingraham's monologue from "The Ingraham Angle" on March 21, 2019.