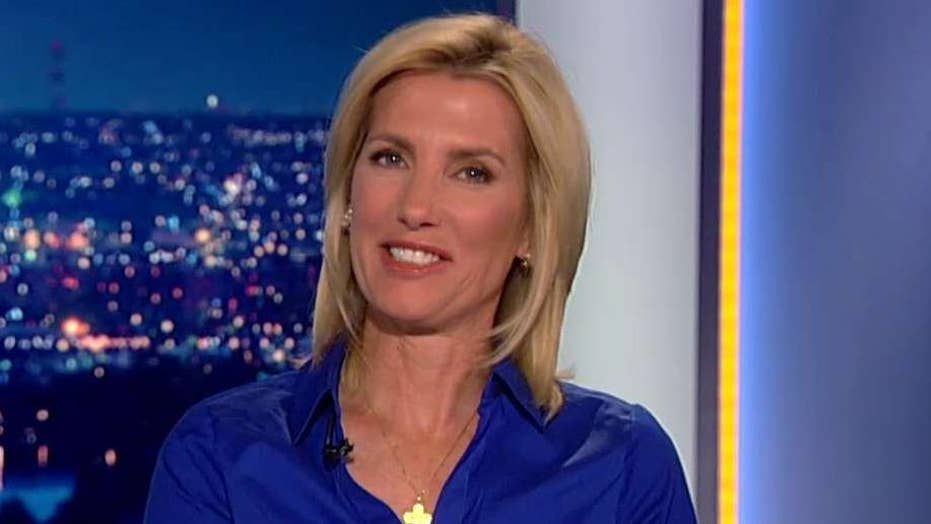 On Tuesday, Speaker Nancy Pelosi and Senate Minority Leader Chuck Schumer return to the White House for a meeting with President Trump. This time it's about an infrastructure deal, but I'm going to tell you what the showdown is really all about.

On Monday, the guy who spent eight years working there, Joe Biden, tried mightily to convince you that this time, he has all the answers. But what's in his pitch in this phenomenal Trump economy?

Well, that's convenient, right? If you can't beat him, as in Trump's economic numbers, just change the way everything is scored because by traditional metrics -- I'm talking GDP, wage growth, unemployment numbers and the stock market -- Trump should be a lock for 2020.

Whether you like his tone or not, or his tweets, the president has beaten almost every target set by the so-called economic experts. Speaking of so-called experts, Nobel laureate Paul Krugman predicted an economic apocalypse, a global recession after Trump's selection. Well, what happened to that? Monday's headline in Forbes read: "The Trump 2020 economic recession isn't happening." Sorry, Paul.

And what can we expect under a President Biden? What will he deliver? Well, say goodbye to "America first" trade policies that are working. Biden was a big advocate of that boondoggle known as the Trans-Pacific Partnership that would've offshored jobs to places like Malaysia and Vietnam.

Bye-bye to the tariffs that have forced cheating countries to the table. And Biden would ditch all the protections for American workers-founded deals like the USMCA. So, if you're one of the 450,000 Americans with a new manufacturing job, your future will be far from certain under Biden.

But remember, Joe pledges to bring you "dignity." Of course, he fails to respect the tight labor market that Trump's policies have helped create. What does that do? That helps with restoring dignity because workers' wages are finally going up. That means more money in your pocket and more time to spend with your family.

And now those dire predictions, they all failed. Since things are going so well, Biden has to kind of throw magic reality altering dust in the air to convince you that this isn't one of the best times ever to be an American who is willing to work --and by the way, it is.

Trump, of course, has an easy response to that. "Remember, President Obama said manufacturing jobs are gone. You need a wand, a magic wand," he said a recent rally. "We found the magic wand because they're coming and they're coming fast. I love the fact that wages are rising fastest for the lowest income Americans, percentage-wise. And we're now the number one economy anywhere in the world, and it's not even close."

Here's where Chuck and Nancy come in, because they're back at 1600 Pennsylvania Avenue on Tuesday with a framework for a massive infrastructure package. Remember, last month at a Democrat retreat, Pelosi floated a price tag of $2 trillion.

Make no mistake. This whole routine on Tuesday is as much about setting the narrative for 2020 as it is about getting something done that is traditionally a bipartisan effort, infrastructure.

Democrats also want to expand the definition of what infrastructure is, beyond, in other words, fixing bridges roads and airports to include things like enhancing broadband, water systems, schools and housing. Why not? Why stop there? And predictably, Democrats want the cost to be borne by people -- meaning you -- by doing what? Raising taxes, of course.

Well, that's a non-starter for President Trump because he believes a tax hike will slow this red hot economy and of course, betray his campaign promises to be a tax cutter. My question is this: Will there be any big kumbaya moment? It's hard to imagine any cooperative spirit given how their last tense meetup went down.

This whole routine on Tuesday is as much about setting the narrative for 2020 as it is about getting something done that is traditionally a bipartisan effort, infrastructure. If infrastructure spending can pay for itself by stimulating the economy, creating its own revenue stream, well, I guess you can make the argument for it. But if not, we shouldn't do that infrastructure spending, at least not right now. 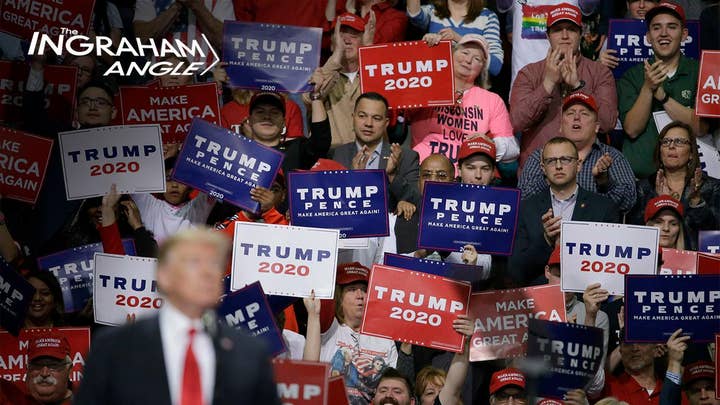 Democrats and Republicans are addicted to spending your money, albeit they have different priorities. Republicans, remember, were itching to bust those Obama era spending caps to jack up military spending. They thought it was justified. And Democrats, well, they're fine on spending money we don't have on stuff like Green Energy, free college, free preschool, free everything.

There's no end to this spending. And the way the national debt clock looks, it's obscene that we're doing to future generations. Everybody talks about modifying entitlements, changing them, reforming them. But no one ever does anything about it.

Axios reported that Chuck and Nancy are carefully preparing for this meeting on Tuesday with the president. But they want to do it in order to gain maximum political benefit. Their true aim is to set up whomever the Democratic nominee is as the defender of the working men and women against the rich executives.

And considering Biden's performance on Monday, he needs all the help he can get.

Adapted from Laura Ingraham's monologue from "The Ingraham Angle" on April 29, 2019.