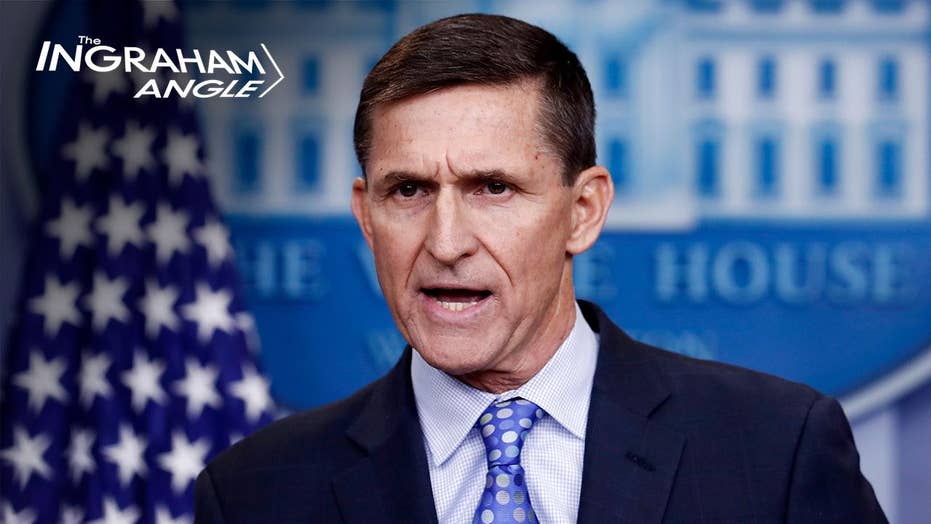 On Tuesday, Laura Ingraham analyzes the Russia probe memo recommending no jail time for Michael Flynn. The memo stating that Flynn provided ‘substantial assistance.’ Then later, Laura highlights the importance of history as students in North Carolina protest the rehousing of a Confederate statue.

Back in August, protestors at the University of North Carolina Chapel Hill took it upon themselves to pull down a Confederate statue. The "Silent Sam" statue honored UNC students who had fought for the Confederacy in the civil war.

Over the last few years, the statue has been labeled a celebration of white supremacy by some—and as a piece of history by others. On Monday, the university’s board announced a plan to house the statue in a new $5 million history and education center on the edge of campus—where it would be properly contextualized.  But even as she announced the plan, Chancellor Carol Folt, was clearly not entirely on board:

"I have a preference to move it off campus, but, like everyone here, I swore to obey the law, and sometimes you don't agree with laws, but I don't have the privilege of choosing which law I agree with and which ones I do not."

A 2015 North Carolina law forbids agencies from permanently removing and relocating state-owned memorials or statues.  North Carolina likely passed to the law to protect against what it saw happening across the country.

Nationally, since 2015, more than 100 confederate monuments and statues have been removed.

Students, protestors, and faculty members at UNC want the same fate to befall Silent Sam -- the North Carolina law be damned. They took to the campus Monday night to protest the plan to house the statue in a new building:

Here’s some of what was said:

“UNC is not concerned about preserving history, it’s concerned about not upsetting its racist donors and the board of trustees and Carol Folt.” ... Silent Sam has never existed as a documented person. The 1,000 Confederate soldiers are treasonous [enemies] of the United States and should not be celebrated!”

But that history were that cut and dried.

There is a movement, particularly among the young, to hate the past and eradicate anything they find objectionable or troubling.

It recalls the destructive mindset of ISIS as they pillaged and wiped away irreplaceable historical and religious monuments from Palmyra, Syria -- simply because they could.

No matter what one thinks of the Civil War or those who supported the Confederacy, it happened. And we owe it to the future to leave history undisturbed. Why not allow future generations the opportunity to mark this history, process it, and come to their own conclusions?  Put up another statue commemorating the slaves who were abused and killed--adjacent to Silent Sam.  But to destroy, instead of engage, to defy the law instead of respect it, is no way to honor the past or the future.

By committing acts of violence to get your way, and defying laws to remove figures that you find offensive--you start to look a bit like the thing you’re protesting.

Should you succeed—in the future--some other mob might well tear down your statue because they find YOU offensive. And you would have taught them that it is fine to destroy all trace of whatever we find objectionable in the past.

Let’s hope the board of UNC and the North Carolina Historical Commission has less destructive tendencies.

Adapted from Laura Ingraham’s monologue on “The Ingraham Angle” on December 4, 2018.