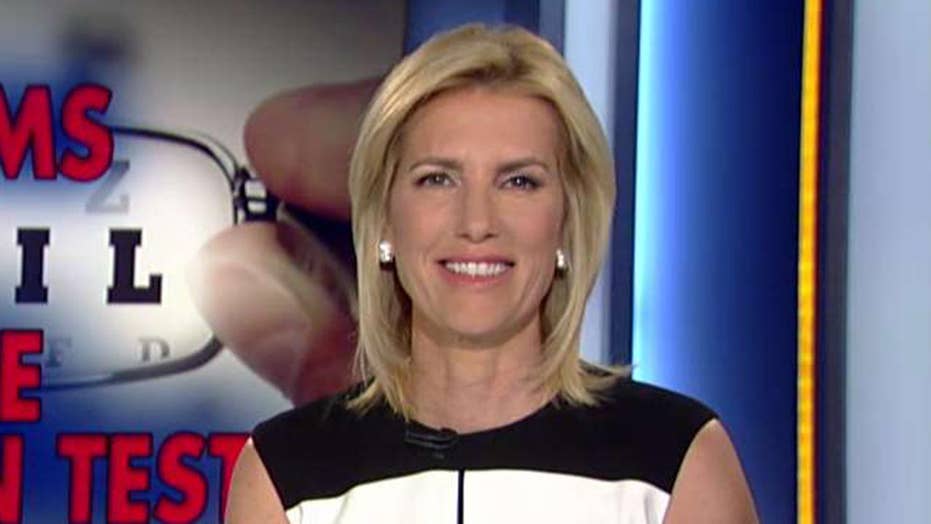 Wednesday gave us a bird's eye view of how starkly different the president's priorities are from those of the Democrats.

On Wednesday, President Trump headed to Texas to focus on two important issues. First, illegal immigration. And second, the energy secretary also had a couple of fundraisers.

But back in Washington, Congressional Democrats worked on their agenda, which consists of basically harassing Attorney General Bill Barr about the Mueller report. And then was a picture of the goofy House Intel Committee Chair Adam Schiff taking a selfie, like a junior high school girl, at the House Democrats retreat. In the background there are two Trump-hating elites from Tinsel Town, singer John Legend and his wife, model Chrissy Teigen.

Democrats, including Speaker Pelosi, sat mesmerized by the couple's take on politics in America. Meanwhile, 2,000 miles away near Houston, President Trump was hanging out with a different crowd, visiting a union training center for operating engineers. The president signed a pair of executive orders that will cut red tape for companies seeking to build oil and gas pipelines.

Isn't it funny how Democrats are spending millions on campaign consultants and these retreat things they're doing, and they're trying to attract more of the hard hat voters who were with Trump on Wednesday? But it's not a new slogan or a slick marketing campaign that blue-collar voters want. What they want are policies that help business and put more money in their pockets.

The event on Wednesday showed that Trump isn't anti-union, by the way. He's pro-worker.

"Union training opportunities have given me a chance to better my operating engineer. Making more money, building retirement, security and having good health care," said one worker, Brandon Cooper. "This opportunity at this international training center is going to pay my dividends. It has been a great experience. We appreciate what you're doing, President Trump to grow this industry. Thank you."

Copper's remarks were met with applause that went on for quite a while. Now, I'll take that hard hatter, Brandon Cooper, and his co-workers over the Hollywood glitterati any day. And I bet they're a lot more fun. But would Nancy? Pelosi would rather tell an audience how she was reminiscing John Legend and Chrissy Teigen about a time before their marriage -- in Italy.

it's not a new slogan or a slick marketing campaign that blue-collar voters want. What they want are policies that help business and put more money in their pockets.

Unlike Pelosi, Trump doesn't have to beg for applause. Interesting, right? And nothing says working class America like fawning over celebrities turned self-appointed political pundits.

Back in Texas, the president was speaking with real Americans who had stories to tell that were truly sad. Ranchers described in vivid detail the bodies of illegal immigrants that they had found on their property just over the past year. The president was so moved and so affected about the humanitarian problem at the border and all the pain it causes local communities that he decided, in a closed-door event, to bring the press in

"I said what can I do for you folks to create more jobs?" Trump said. "And we start talking and the first person gets up and said, 'Sir, we have many people dying coming across the border and we find dead people from Guatemala, Honduras From El Salvador, from Mexico, all over. You really should cover it right. This has nothing to do with politics. This has nothing to do with campaigning or my campaign. This is totally unexpected that I have you in here."

You see, we do have an empathetic president. And he's actually trying to solve a real problem that our open borders are creating. He's genuinely interested in hearing from Americans who are dealing with the fallout of our failed border enforcement every single day.

Pelosi, Schiff and the entire open borders caucus - they prefer to pretend the crisis isn't a crisis. Hang out at the Democrat retreat and go to your yoga sessions in the afternoon. Well, that leaves more time to hear from the "real experts" like Chrissy Teigen, who said, " Donald Trump treats everything like it's an episode of  - what's that movie  - 'The Village.' Like where there is this wall and these monsters to keep outside that we shouldn't talk to. Or we shouldn't have anything to deal with because we're in this wall."

Brilliant. Yes. That's why the president said the wall should have a big beautiful door for people to come in legally. Do they not remember that?

Now, while the Democrats cater to the entertainment elites -- that's not a big surprise because Obama did it, too -- he president is working for the forgotten men and women of America. He hasn't accomplished everything he set out to do yet. We have some huge problems bearing down on us still. But this country is better by almost every measure under his leadership. Certainly, no reason to be so angry. 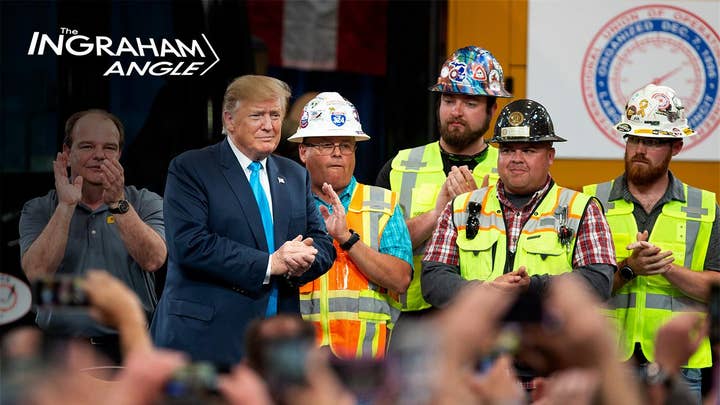 The Democrats' vision, by contrast, seems dark and mad. They're infuriated all the time. They see an America where racism and misogyny reign supreme. Teigen was asked at the Democratic retreat what word she hoped more women would say. She answered this way: "“F--- you."

That's just what our young girls need -- just the message for those hard hats in Texas. That's what they've been waiting for, all the blue-collar people. I think not.

The Democrats better find a good eye doctor. From their Russian obsession to their embrace of open borders to green lighting and infanticide, they just keep failing the vision tests for Middle America.

Adapted from Laura Ingraham's monologue from "The Ingraham Angle" on April 11, 2019.