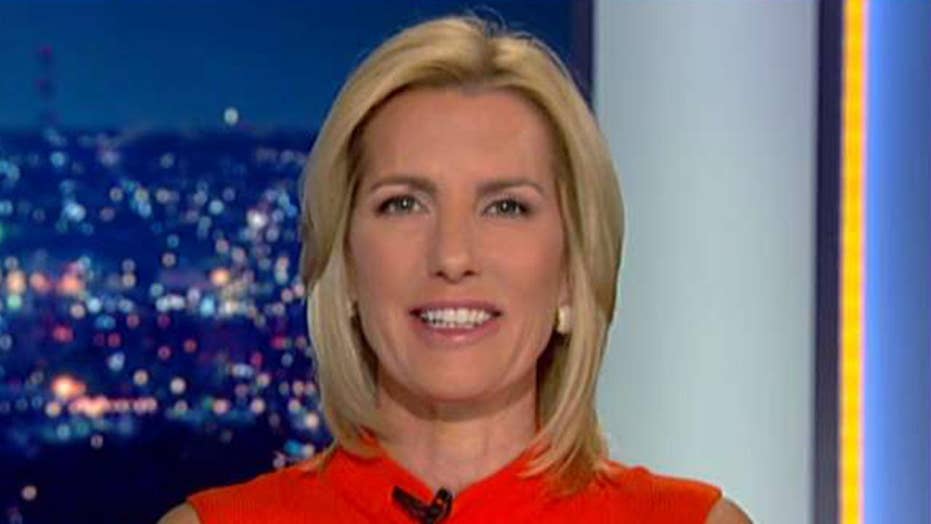 Just when you think they cannot get any nuttier, the ever-radicalized members of the president's opposition party surprise us anew. Now, after going full-on Red Scare for two years during Mueller, only to be left jilted at the altar of impeachment, Democrats are returning now to their first loves, racial pandering and grievance-peddling.

Rather than seeing America as a place of near endless opportunity, they paint her as a place of near constant oppression. One-by-one, the 2020 Democratic hopefuls and a smattering of others, have made the pilgrimage to the National Action Network conference in Manhattan, aka. the "Reverend Al Primary," they're calling it.

Now, in an interview promoting his big conference, Reverend Al sounded like a king - or maybe a queen - maker. Yes, my friends, there is a new left-wing sponsored by the Al Sharpton litmus test. And just like that, the 2020 Democrats are marching down his cynical and crooked reparations road. Their goal is to punish Americans who had nothing to do with slavery in order to appear as the most "woke" in the field.

And they're also seeking absolution for some of their past racial sins, like the unconscionable comment made by Pete Buttigieg in 2015 that "All Lives Matter" during a dispute about whether South Bend police tape recordings should be made public.

"What I did not understand at that time was that that phrase, just early into mid especially 2015, was coming to be viewed as a sort of counter slogan to Black Lives Matter," Buttigieg said, when asked about his past statement. "And it's a reason why, since learning about how that phrase was being used to push back on that activism, I stopped using it in that context."

Harvard and Oxford must be so proud. He's the perfect embodiment of the Milquetoast millennial class, right? I mean whatever Al says, jump.

The amazing thing about all of this is how today's Democrats feel the need to live in almost a constant state of denial -- denial of all the amazing gains that have been made by Americans of all disadvantaged backgrounds, especially under the Trump administration. And heck, they even deny losing elections that they actually lost, like former Georgia gubernatorial candidate Stacey Abrams. Can you imagine if Brian Kemp had had lost by only like four votes andfshe had won, and if he had challenged the results of the election, what she would have said?

The amazing thing about all of this is how today's Democrats feel the need to live in almost a constant state of denial -- denial of all the amazing gains that have been made by Americans of all disadvantaged backgrounds, especially under the Trump administration.

My friends, in an era of historically-low unemployment, high homeownership, a small business growth, off-the-charts, real wage growth (finally), what message do these folks offer America's voters? I'll tell you what they offer: Resentment, anger, division and alienation.

And these Democrats don't even acknowledge obvious gains. But you know why they won't -- because to do so would affirm that Trump's policies are working. We can't have that.

Remember, it did take a Republican president to pass criminal justice reform, which is already helping so many families across America. And meanwhile, the Democrats offer more demonization of the police.

Listening to them, you might not have thought that the Civil Rights Act was ever even passed more than 50 years ago or that Black Americans have reached the highest levels of business, the law, medicine, entertainment, sports, pretty much every area of society. And that is a very good thing.

Watching and listening to these Democrats kowtow to Al Sharpton makes it seem like America didn't even elect and then re-elect its first black president. But for the hardcore racial rabble rousers, Obama's victories were just baby steps. What they want now is full-on income confiscation, meant to enforce equal outcomes, if not equal opportunity.

Wow, that's pretty dismissive of Obama there. On Thursday was the anniversary of the assassination of the Rev. Martin Luther King Jr. I was thinking, if he was alive today, I wonder what he'd think about such dismissive comments. And about a Democrat Party that believes it can regain power by living in a constant state of protest or racial hatred and denial.

Adapted from Laura Ingraham's monologue from "The Ingraham Angle" on April 4, 2019.