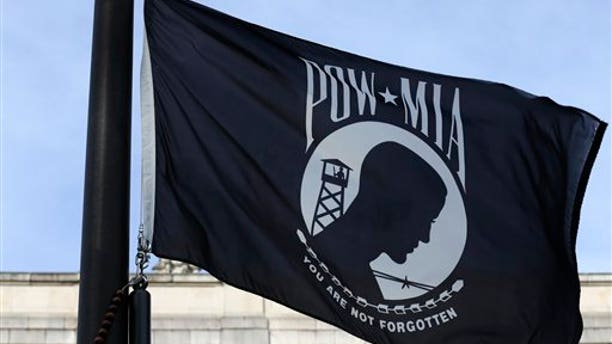 During this presidential primary season, many candidates have proclaimed their intent to fix our ailing Department of Veterans Affairs. A good place to start is allowing it to honor and remember our nation’s Prisoners of War/Missing in Action (POW/MIA).

Since the Vietnam War, the military has maintained the sacred tradition of setting a separate table in its dining facilities to honor POW/MIAs.  The table is decorated with several items, each carrying symbolic meaning used to help remember those who were captured or declared missing. Traditionally, one of those items is a Bible, which according the National League of POW/MIA Families represents “the strength gained through faith to sustain those lost from our country, founded as one nation under God.” But now the POW/MIA remembrance table is a target of heartless anti-religion hysteria.

Michael “Mikey” Weinstein, founder and president of the deceptively-named Military Religious Freedom Foundation (MRFF), demanded an Akron, Ohio VA clinic remove the Bible from its POW/MIA remembrance table. This isn’t the first time the MRFF has targeted a symbol of faith for our nation’s POWs and MIAs. In 2014, it attacked remembrance tables in the Air Force and Navy.

Weinstein’s declares that the Bible’s inclusion on the remembrance table is a “loathsome message” and a “disgustingly bigoted statement” that is “an absolute disgrace and unbridled slap-in-the-face to all of the men and women in uniform.”  He claims that the symbol of faith will “eviscerate good order, morale, unit cohesion and discipline” in our military.

Only someone with a burning animus toward this traditional symbol of comfort and faith could make such wild, hurtful, and unfounded claims.

It would be laughable—except that the U.S. military has too often capitulated to bullies like Weinstein. He successfully harassed Patrick Air Force Base into suspending use of the traditional remembrance table decoration, just as he attempted to intimidate the Pentagon to curtail certain National Day of Prayer activities.

But consider, if what Weinstein says is true, then wouldn’t a diverse chorus of American POWs join his cacophony? Instead, we find just the opposite. American POWs frequently cited faith in God as a source of comfort and strength during their captivity:

? U.S. Air Force Captain Lance Sijan, who received the Medal of Honor for his selflessness and courage while in enemy captivity, helped devise the famed “tap code” by which American POWs were able to encourage each other.  Each night, they tapped “GNGBU,” which meant “Good Night, God Bless You.”

? U.S. Navy Rear Admiral Jeremiah Denton, who later became a U.S. Senator, was a POW who famously blinked the word “T-O-R-T-U-R-E” in Morse code during a forced television interview with his North Vietnamese captors.  Admiral Denton recounted, “A man does a lot of praying in an enemy prison.  Prayer, even more than sheer thought, is the firmest anchor.”

? U.S. Air Force Brigadier General James “Robbie” Risner, who became an “Ace” fighter pilot during the Korean War, was the highest-ranking officer in the famous Hanoi Hilton POW camp. During captivity, General Risner would brief newly-arrived POWs on how to survive, exhorting them: “Pray; if you haven’t been, start.” General Risner also organized rudimentary church services and required POWs to attend. Years later, General Risner revealed during an interview that his survival was due to his “faith in God and love of country.”

So much for Weinstein’s accusation that the Bible hurts morale and discipline!  The ones hurting morale are the anti-religion cynics.  Weinstein’s remarks are the real “unbridled slap-in-the-face” to men like Captain Sijan, Admiral Denton, and General Risner.

In fact, under Weinstein’s grand vision, General Risner would not have a statue on the hallowed grounds of the Air Force Academy, but rather a court-martial conviction for requiring troops to attend church: Weinstein has stated that he wants “400 trials by general court martial” of Christian officers who express their faith to others.

The remembrance table and similar religious expressions are permitted by the law, military code, and court precedent.  Allowing today’s service members to continue this tradition serves to honor the memory America’s POW/MIAs. More importantly, it enables them to freely and openly exercise their religious beliefs as an essential component of our military’s ability to fight, survive, and win.  Simply put, religious freedom in the military is vital to our national security.

And for those whose loved ones are missing—religious freedom gives comfort, compassion, and hope. Woe to anyone who would try to remove these, or tarnish the memory of those who served.

Mike Berry, a former Judge Advocate in the U.S. Marines, serves as Director of Military Affairs for First Liberty Institute, a legal organization dedicated to defending religious freedom for all Americans.