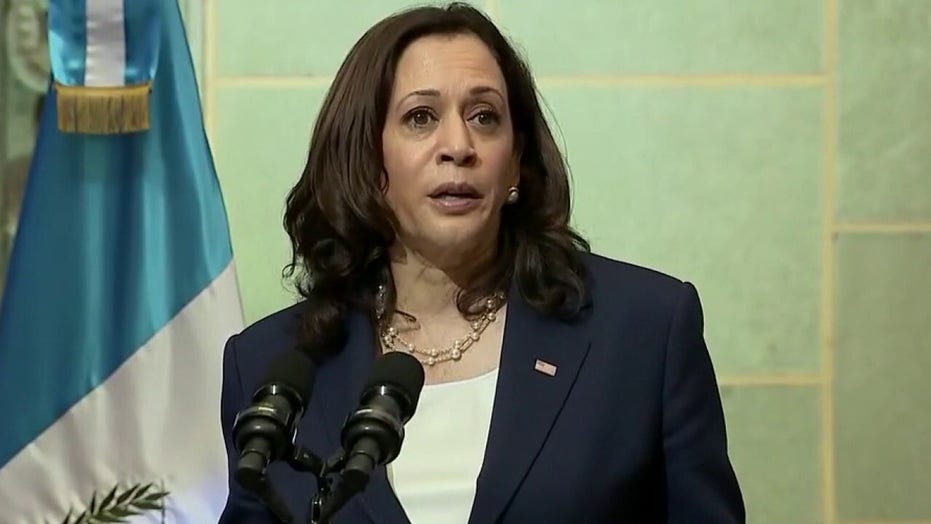 Vice President Kamala Harris has been missing in action for the nearly 80 days since being appointed President Joe Biden’s border point person. As she travels to Guatemala and Mexico for her first foreign trip as vice president, it is another reminder that she continues to avoid the crisis raging at our southern border.

Customs and Border Protection (CBP) agents are apprehending nearly 6,000 migrants attempting to illegally cross the border every day, the highest number in more than two decades. As bad as those numbers are, they fail to show the true extent of the security and humanitarian disaster deteriorating before our very eyes.

It is as if Harris believes this issue will magically disappear if we pretend it is not there, refusing to visit the border or even holding a press conference on the crisis. Instead, she tries to laugh it off while the crisis only gets worse.

CHUCK DEVORE: BIDEN'S BORDER CRISIS – TEXAS MAY HAVE TO DEFEND ITSELF. HERE'S WHY

The Biden-Harris administration’s weak immigration policies have left our Border Patrol agents outnumbered, our facilities overcrowded, and our immigration system completely overwhelmed. As a result, nearly a quarter of attempts by migrants to illegally cross into the United States have been successful, adding to the tens of thousands of migrants the Biden-Harris administration releases within our borders every day.

Tragically, the Biden-Harris administration’s neglect for the border has been a boon to some of society’s most evil elements.

Human traffickers are taking advantage of the chaos, putting the poor and vulnerable, including innocent children, at risk. Drug lords exploit the crisis for profit, making countless millions off fees paid to the cartels and collateral of whatever little property or belongings the migrants had.

The change in administration policy has been open season for the drug cartels and their dangerous, illicit activities. Border patrol agents have seized more fentanyl in the first few months of this year alone than they did all of 2020.

Though designated point-person on the border crises, Harris has attempted to avoid accountability by ignoring the Biden administration’s role in creating the crisis. Harris insists she is only interested in the "root causes of migration," and not the crisis at the southern border that is the direct result of Biden era policies and pronouncements.

Those are the cynical political games that epitomize the Swamp Culture at its worst. These games are what the American people want to fight and end.

Real leaders don’t duck the tough issues for fear of political blowback. Yet that’s exactly what Harris and this administration are doing.

Claiming to only care about long-term issues affecting other nations comes as little comfort to border communities in Texas, Arizona and beyond that are ground zero for the self-inflicted crisis our own country is facing today.

It stands in stark contrast to Donald Trump’s approach toward border security. When our country was facing an influx of migrants attempting to illegally cross our border, Trump did not ignore it hoping it would go away.

Instead, he did what we expect a leader to do. He solved the problem by bolstering resources to the border and crafting tough policies such as the "Remain in Mexico" policy, which proved successful in curbing illegal crossings. 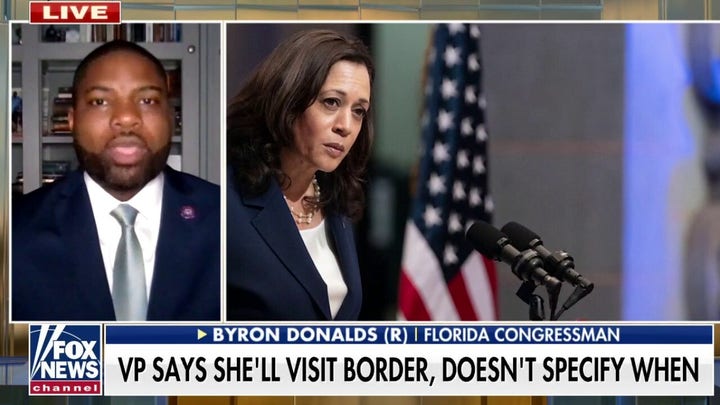 Harris and Biden tore up that plan in a shortsighted attempt to score political points, reinstating the disastrous policy of catch-and-release. This move already comes on the heels of their administration hamstringing interior enforcement agents' ability to do their jobs and proposing a budget that effectively cuts CBP’s funding.

Almost three months after becoming Biden’s "border czar," it is become abundantly clear Harris is not cut out to handle the job. She has shown a complete dereliction of duty at a time when Americans need real leadership.

She has taken after Biden by being yet another career politician who avoids responsibility and tries to blame someone else for their mistakes and their indecisiveness.

Real leaders don’t duck the tough issues for fear of political blowback. Yet that’s exactly what Harris and this administration are doing, much to the detriment of the safety and security of the American people.

It is said that 80% of success is showing up. When it comes to the crisis at the border, Harris fails to do even that. Her failed leadership leaves our nation weaker and less safe.