John Stossel: Why so many are 'taking the red pill' (and discovering the truth about the mainstream media) 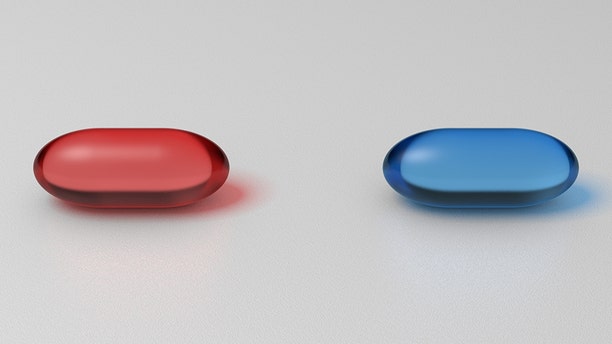 In the movie “The Matrix,” swallowing a red pill reveals the truth, while downing a blue pill leaves you trapped in illusion.

Today, in the parlance of some political activists, “taking the red pill” means seeing the lies of mainstream media -- and learning the truth.

She released it shortly after a man at a Charlottesville, Virginia, white supremacist rally drove his car into a crowd of protesters, killing a woman.

At that time, media coverage of racism was everywhere. Cable news talked about “America’s lack of racial progress” and threats to minorities posed by white nationalists.

“CNN was trying to sell to me, as a black person, that the KKK was alive and well,” Owens added. “That was ridiculous.”

In her video, she sarcastically shouts, “OMG, Charlottesville! White supremacy is alive and well!” Then she goes on to argue, “Black people have scarier things on the horizon than the almost-endangered species of white supremacy.”

Owens also objects to the way the media cover police brutality. It leads some people to believe that the biggest threat to young blacks is the police.

“Fact No. 1: Approximately 93 percent of black homicide victims are killed by other black people,” she says.

I pushed back, pointing out that there still is plenty of racism, and some innocent people have been tortured by police.

“That's absolutely right. Some innocent people have also been struck by lightning. Sixteen unarmed black men were killed by police officers in 2016. If you are watching CNN you would’ve thought it happened every single day. OK? That’s a problem.”

Owens (correctly) said thousands of young black men were killed by other black men, whereas “sixteen represents .00004 percent of the black community.”

“Black Lives Matter actually resulted in more black deaths across the country, because police officers don’t want to answer the call.” (Some authorities dispute that. Killings nationwide did rise after the shooting in Ferguson, but more recently they dropped.)

But Owen’s main argument is that the media mislead. The biggest issue facing blacks today is not racism or police shootings, she says, but dependence on government that began 50 years ago with Lyndon Johnson’s “Great Society” programs.

“They incentivized mothers not to marry fathers. That’s why single motherhood is up. The government would give you more if you didn’t marry him.”

That’s a fairly common view among conservatives, but among blacks, says Owens, it’s easier to tell your family you’re gay than to reveal that you’re a conservative.

“My entire family’s on welfare, save a couple people. What (welfare) does is essentially offer you some money and then say, ‘Whenever you work, you don’t make enough, so we’re gonna give you this much money on top of that.’” As a result, she says people think, “I don’t want to make more because the government is already giving me $500 that I don’t want to lose.”

Saying such things brings Owens criticism from social justice warriors of the left.

“What people don’t understand,” though, she says, “is how many black people are excited about what I’m doing ... how many are very aware that they have been duped by the left.”

Owens is far from the first black conservative. But, she says, others “have not been successful in the past because they cared too much about what people thought. ... We’re doing it differently ... talking a lot of trash.” Giving out red pills.

Having an edgy sense of humor is one way she does it. So is knowing history and literature better than her critics.