The Fox News contributor blasted the Biden administration saying 'no one wants' their policies.

In June of 2019 the most demographically and ideologically diverse set of candidates ever to run for the Democratic Party's nomination for president assembled on a debate stage. They were asked, by a show of hands, to say if they supported taxpayer funded health care for illegal migrants. All raised their hands, though one, former Vice President Joe Biden, did so with a bit less gusto. It was a microcosm of Biden’s campaign, wholly progressive ideas, wrapped in a costume of moderation.

If you have watched discussions in the news over the past few weeks you have heard pundit after pundit say that President Biden’s problem, especially regarding his wildly expensive Build Back Better agenda, is that he ran as a moderate and is governing as a progressive.

In May of 2020 Biden told New York magazine that he wanted "an FDR-size presidency." Earlier that year he said he would be the "most progressive president in history."

PELOSI LECTURES REPORTERS, SAYS THEY 'COULD DO A BETTER JOB SELLING' BUILD BACK BETTER

So where did this myth come from that Biden ran for president as a moderate when he clearly didn’t? This lie about "moderate Joe" was entirely an invention of his allies in the media. And they knew it was happening.

Take this piece by liberal Washington Post columnist Dana Milbank from October of 2020. It was titled, "‘Moderate’ Joe Biden has become the most progressive nominee in history." 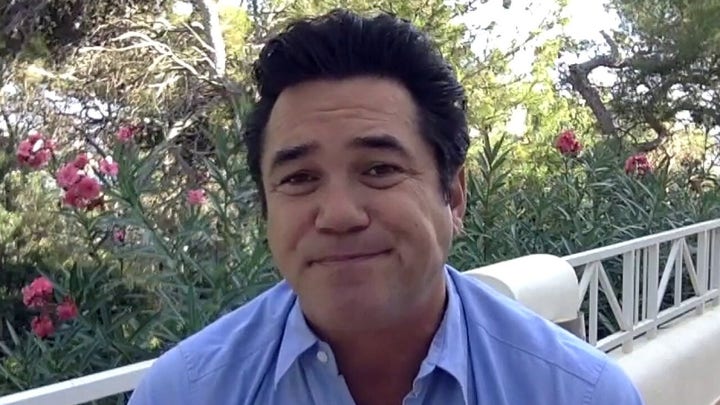 In the piece Milbank writes, "Biden, temperamentally, is the very picture of moderation, restrained and mild." Journalists on the left knew that this manipulation -- calling Biden a moderate when he was running as anything but -- helped him win over voters and so it persisted.

In part the success of this lie goes back to that long line of super diverse candidates on the primary debate stage, including current Vice President, then California Senator Kamala Harris. Biden was the old establishment white guy, and not one, like Bernie Sanders, who calls himself a socialist.

BIDEN DOUBLES DOWN ON $3.5 TRILLION PLAN THAT MANCHIN, MODERATE DEMS OPPOSE: 'NOT ABOUT SHORT-TERM STIMULUS'

Of course, Biden, with his approximately 9,000 years in the D.C. swamp was a moderate, how could it be otherwise? Or so it seemed.

But time and again, from dragging his feet on forcefully condemning riots all over the country, to waffling on his support of police, Biden was telling us who he was.

And this pattern continues.

When progressive activists accosted Sen. Kyrsten Sinema, D-Ariz., in a bathroom recently, his first response was to measure his words, saying it was "part of the process." Only later did Press Secretary Jen Psaki clean it up with a condemnation free of caveats.

The jig is up, now. Joe Biden is not a moderate and we all know it. 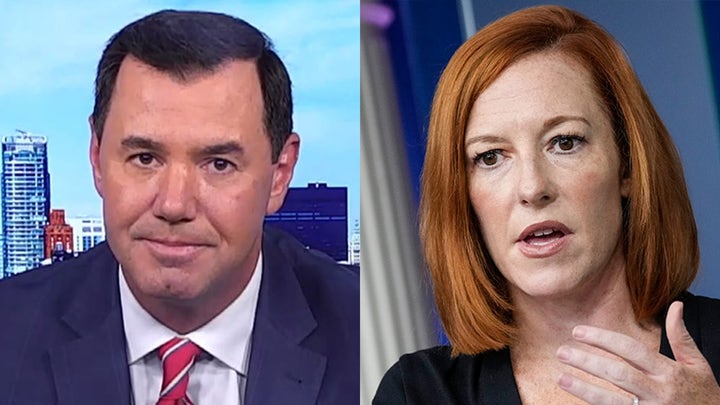 This is a problem not just for him, but for Democrats in general. Biden likes to say that the whole party is with him except for 2 stingy senators. But in the most high profile current election, the Democrat candidate for governor of Virginia, Terry McAuliffe, said in a recent debate that $3.5 trillion in spending is "too much." Exactly the position of Sens. Joe Manchin, D-W.Va., and Sinema.

The lefty Biden, who has emerged from the media’s 2020 period of coddling him, turns out to be deeply unpopular. His poll numbers are in shocking decline, and even candidate McAuliffe admits that the president is a drag on his race.

So is a move back to the center possible for Biden and Democrats before the midterms a year from now? It’s hard to see how, or on what issue.

For a man of his age Biden jumps remarkably high when the progressives in his caucus tell him to. To Biden the Squad seems to have a kind of papal infallibility.

Joe Biden is exactly what he promised to be, the most progressive president in history.

He and his party will rise or fall on that reality. And so far, there has been a lot more falling than rising.