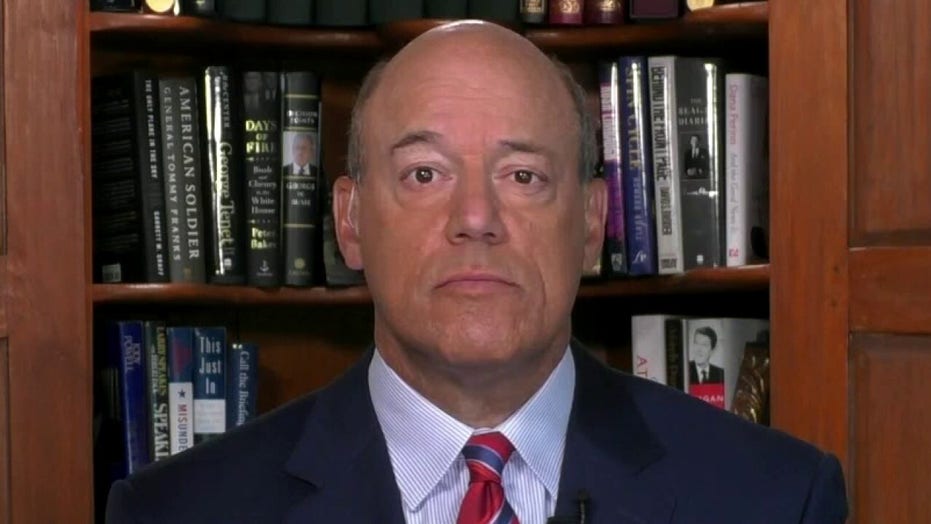 By his own admission, Joe Biden concedes he is merely a placeholder, telling a fundraising audience in May: “I view myself as a transition candidate.”

This “transition” increasingly means a statist agenda that empowers a political rodeo of radical officeholders, reverses our country back toward globalism and encourages street-level chaos across our land.

In any administration, personnel choices often compel policy. In the case of Biden, his woke orbit is dominated by agitators.

LIZ PEEK: BIDEN'S VP CHOICE – THIS IS WHY HE'S DITHERING

The presumptive nominee’s “Unity Task Force” recommendations -- compiled with the input of prominent progressives -- read like a wish list from the faculty lounges of Ivy League schools in consultation with the University of California system. The manifesto calls for suspending all deportations of illegal migrants and the effective crippling of the American energy industry.

These are not your parents’ Democrats. In fact, the effective “kitchen cabinet” of Biden’s advisers would have been ostracized by the party as recently as a decade or two ago. For example, Biden promises to place Robert Francis "Beto" O’Rourke as the effective gun czar of a Biden administration.

O’Rourke threatens to confiscate millions of firearms from lawful gun owners, including forcible seizures of the most popular rifle in America. Rep. Ilhan Omar, a member of the so-called “Squad” of most progressive House members, openly gloated recently about how far left she moved Biden’s platform.

But while Biden points to a progressive future of extremists, he also portends a regression backward toward the globalism that was the hallmark of his half-century in the Washington swamp.

Biden personifies the D.C. foreign policy establishment, which clamors for the return of a globalist commander-in-chief.

As Biden repeatedly sent our warfighters abroad, he also sent our jobs overseas, and mostly to China. When vice president, Biden actually asserted in a 2011 speech that “a rising China is a positive, positive development, not only for China but for America.”

As Biden uttered that Pollyanna nonsense to his Davos-oriented CEO fanboys, industrial heartland America endured devastation. Specifically, our nation lost 3.2 million jobs to China over a 12-year period from the time Biden proposed Beijing’s inclusion as a most-favored trading member of the WTO in 2001, per analysis from the Economic Policy Institute.

Biden’s domestic “transition” sadly points to a place of lawless disorder. As chaos spread across Democratic-led cities, Joe Biden remained ensconced and mostly silent in his Delaware home. He has repeatedly equivocated regarding violent rioters, referring to them at one point as “peaceful protesters.”

The police departments of America clearly disagree, which explains why the National Association of Police Organizations, which represents over 240,000 officers nationwide, enthusiastically endorsed President Trump for reelection. (That same group had endorsed the Obama-Biden ticket in 2008 and 2012.)

In addition, more than 100 police agencies have refused to bolster Milwaukee Police Department security efforts at the upcoming Democratic National Convention because they are understandably concerned with officers’ safety after that city ordered restrictions on tear gas and other crowd control measures.

As the greatest republic in world history, we clearly deserve far better than all this. We will not settle for acquiescence.

We will choose the 2020 candidate ready to reject radicalism, embrace sovereignty, and enforce the rule of law – because this much we know: Your way of life would not be safe in Joe Biden’s radicalized America.

Steve Cortes is a RealClearPolitics contributor and a senior adviser for strategy to the Trump 2020 Campaign.