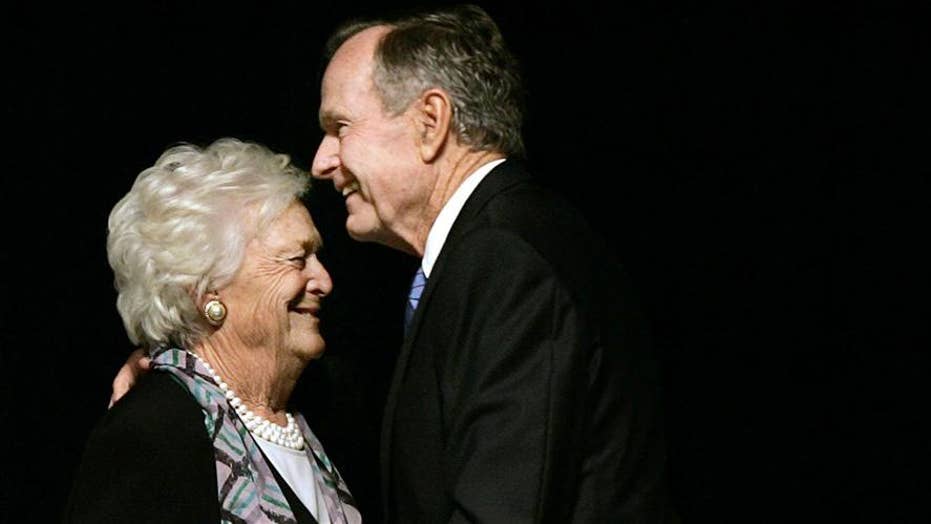 I first met George H.W. Bush, who died Friday at age 94, not long before he was elected as Ronald Reagan’s vice president in 1980. At the time, if anyone was predisposed not to like the future vice president and president, it was me.

In 1980 I was holding my first job in politics, working as a press aide to former Texas Gov. John B. Connally – who, like Bush and Ronald Reagan, was seeking the 1980 Republican presidential nomination.

None of Connally’s aides had anything nice to say about Bush. Apparently, Texas wasn’t big enough for the two of them. I had no personal knowledge of Bush and therefore, no reason to doubt the negative comments.

Fast forward to when I joined Reagan’s campaign shortly after he was nominated for president. On my first day, as I was boarding the campaign plane, a crusty Reagan veteran staffer demanded: “Who’d you work for before?”  I said: “Connally,” to which the interrogator responded: “Good, as long as it wasn’t Bush.”

I didn’t get it. I thought we were all one big happy ticket. So I sought out Jim Brady, who had been my boss in the Connally campaign, and who was now a senior adviser to the Reagan campaign.

Jim explained that there were still some unhealed wounds between the Reagan and Bush staffs from the 1980 presidential primaries – specifically, that some in the Reagan entourage felt that if it were not for Ronald Reagan, George Bush’s political career would have ended in 1980.

On a personal level, Ronald Reagan and George H.W. Bush came to quickly respect and like each other very much. I witnessed that firsthand. Bush could not have been a more loyal or deferential vice president.

What’s more, the Bush people did not realize how much he and they owed to Reagan. Brady went on to tell me that on the other hand, many in the Bush campaign felt that he had a distinguished record of accomplishment of his own: successful businessman, congressman, ambassador to the United Nations, chairman of the Republican National Committee, liaison to the People’s Republic of China, and Central Intelligence Agency director.

With all that experience, Bush was clearly eminently qualified to be vice president (and president). What’s more, they felt Bush added needed foreign policy chops to the ticket and that his presence reassured moderate Republicans that Reagan was OK, thereby broadening the ticket’s appeal.

I shrugged. Both arguments seemed to make sense, but I did not give it much thought. So when I entered the White House at noon on January 20, 1981, as a Reagan White House press office staffer, I was mildly skeptical of Bush and his people.

But I swiftly saw that whatever resentments and rivalries there may have been between the Reagan and Bush staffs, they did not extend to either Ronald Reagan or George H.W. Bush.

Exhibit A: To the consternation of a few longtime staffers, President Reagan appointed the highly respected Bush operative James A. Baker to be his White House chief of staff. Reagan did so because he knew that Baker was the most qualified for the position and would do a great job.

Reagan was right. Baker set what is widely regarded – to this day, on both sides of the aisle – as the “gold standard” for that position.

On a personal level, Ronald Reagan and George H.W. Bush came to quickly respect and like each other very much. I witnessed that firsthand. Bush could not have been a more loyal or deferential vice president.

President Reagan relied on his vice president’s advice, trusted his judgment, and appreciated his unfailing support and discretion. And they enjoyed each other’s company. Over the eight years, they had lunch (usually Tex-Mex) together every Thursday when both were in Washington.

It was just the two of them. Reagan enjoyed those so much that in the handover note to Bush he left in the drawer of the Resolute Desk in the Oval Office on his last day as president, Reagan wrote:  “I’ll miss our Thursday lunches.”

My initial skepticism about Bush was unfounded and evaporated quickly as I observed and got to know him. I was impressed by how he interacted with his staff – there was obvious mutual respect, loyalty and affection – and how kind he was to the Reagan staff.

Within weeks after he took office as vice president,  Bush knew my name and what I did, and often on Mondays, after the Reagans and I returned from a weekend at Camp David, he would cheerily ask: “So, Mark, how were the movies?” when he saw me in the hallways.

We were not together frequently during the White House years. We actually had more interactions after the Reagans left the White House. When, in early 1989, word reached us in former president Reagan’s Los Angeles office that some on the Bush White House staff were making negative comparisons to the press about Bush’s and Reagan’s working habits,  I complained to my former boss, White House press secretary Marlin Fitzwater. A few days later, in the mail arrived a lovely handwritten note from President Bush to President Reagan apologizing for any such comments, promising that he had admonished his staff appropriately, and assuring him that he and Barbara had nothing but admiration and love for both Reagans.

When I was about to leave former President Reagan’s staff, President Bush unhesitatingly agreed to Reagan’s recommendation that I be appointed to a presidential commission. And shortly after he delivered his beautiful eulogy at Reagan’s funeral, I wrote to Bush telling him how much his words meant to all of us who had known and loved Ronald Reagan.

To my surprise and delight, Bush responded with a handwritten note thanking me for my letter and telling me how much he, too, loved Reagan.

Some Reagan people have suggested that George H.W. Bush’s term as president was nothing more than Reagan’s third term. Ronald Reagan did not feel that way. While he was gratified that Bush won, he believed it was because Bush had earned it, was eminently qualified and would do a terrific job.

Ronald Reagan chose George H.W. Bush to be at his side because he firmly believed that if history decided – whether by unforeseen events or at the ballot box – that Bush should succeed him, the country would be in good hands. Reagan was right.

Mark D. Weinberg is the author of “Movie Nights with the Reagans.” He served as Special Assistant to the President and Assistant Press Secretary in the Reagan White House, and as Director of Public Affairs in former President Reagan’s office. He is currently a communications consultant, speechwriter, commentator and public speaker.