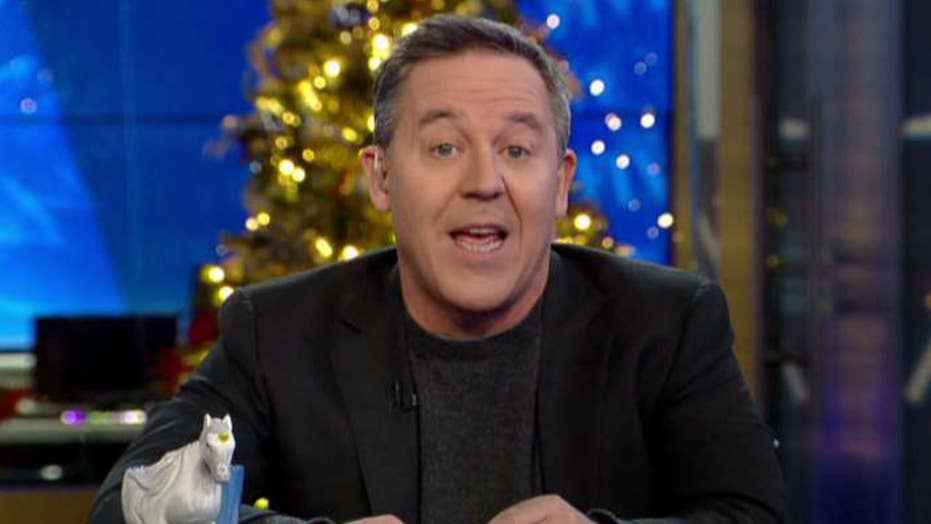 Gutfeld on the impeachment

Don't President Trump's critics realize that impeachment isn't a 'win-win'? It's a win-lose-lose: A win for Trump and a lose-lose for the media and the Democrats.

It didn't feel like we're being impeached. It's because they call it "impeachment lite."

No surprise: the impeachment vote was as lopsided as a chipmunk's face with a toothache.

"I don't know about you, but I'm having a good time. It's crazy," President Trump said in a speech.

ANDREW MCCARTHY: TRUMP IMPEACHMENT TRIAL – WHY IT WILL RESEMBLE A GIANT ROLL OF THE DICE

It is crazy. The impeachment vote was as lopsided as a chipmunk's face when it has a toothache. We knew this ahead of time, yet we had to fake it.

But when we're force-fed a story, it pays to see who's imitating who.

It's clear: The Democrats ape the media. (No offense to apes.) And the media apes the Democrats. Both emit a phony rectitude, then a celebration.

Meanwhile, a group of Washington Post reporters wished you a happy "impeach-mas," with one sharing a picture of them on Twitter. Isn't that cute?

For those of us who don't live in their giddy world of ritual self-congratulation, we have to wonder how dumb they are. Don't they know this isn't win-win? It's win-lose-lose. It's a win for Trump and lose-lose for the media and Democrats.

Not only will the Senate reject this sham, Trump will turn the vote into a badge of honor and sell replicas online.

Trump turns political and media hate into a burden he shares with you, because the media hates you, too.

At least the phony press is laid bare. We see them create stories from feelings, and narratives from mind-reading, to smear those outside their bubble.

Ask yourself: Why are the press and Democrats happy with a losing proposition?

Because it makes them feel good when they think you feel bad.

But if Democrats and the media want to celebrate, let them. Because it's like all those other make-believe wins they savored: Collusion, Covington Catholic, Brett Kavanaugh. After the sugar rush fades, they're in the same exact place. They're inept and lost, while everyone with real jobs and real interests goes to work.