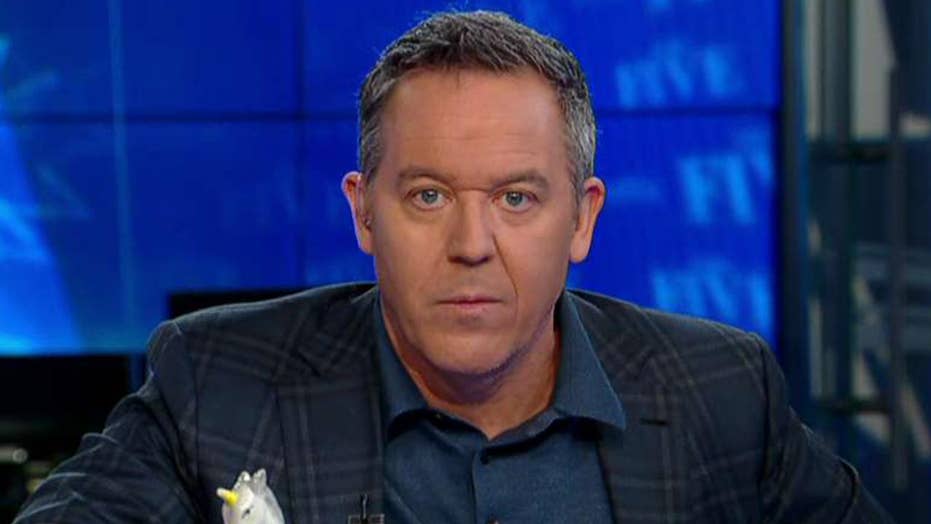 Gutfeld on the media falling for the dog meme

The media continue to win the brain-dead Olympics.

If you thought The Washington Post's "austere religious scholar" obituary for the Islamic State madman Abu Bakr al-Baghdadi was nuts, hold my kibble.

On Wednesday, President Trump tweeted an obviously altered image of himself appearing to pin a medal on the hero dog hurt when Baghdadi was cornered and killed himself. The dog was injured when she was exposed to live electrical wires, but has since returned to duty.

The brainless media sprang into action to prove the photo was a fake!

Reporter Steve Herman breathlessly tweeted, "I've requested details ... on this photo! There was no such a canine event on today's schedule!"

Excellent scoop, Steve. I can't wait to see who plays you in the movie!

And there's Jim Acosta of CNN, who said that a White House official told him: "The dog is not at the White House." Good catch, Jim.

But be sure to fact check the picture, too.

Now, sensing they were ripe for ridicule, the media switched gears, saying the image was disrespectful to the man whose image was altered. But that guy, James McCloughan, got a kick out of it.

Of course, he never would've known about it if the reporters hadn't run to him with their tattle-tails between their legs.

Mind you, this is the same media that can't be bothered to cover actual stories, such as the origins of the Steele dossier or the political bias of the White House whistleblower.

The media is in a pickle.

Because good news about America means good news for Trump, they act smaller with each passing achievement.

Just to give the media a break, maybe Trump should stop being so effective. It'll be like the good old days under Obama.