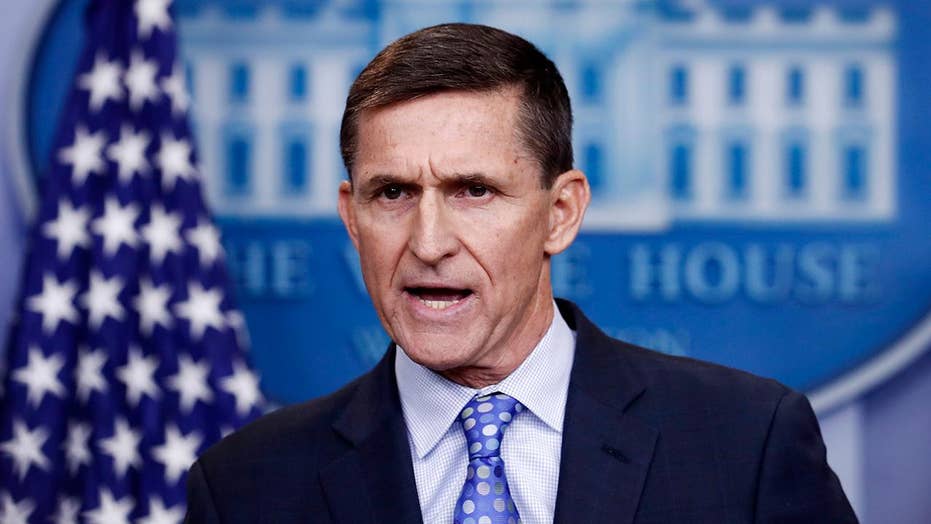 Indeed, large parts of the memo are redacted, supposedly to protect “sensitive information about ongoing investigations.”

We still don’t know whether Flynn has provided any information that would show unlawful collusion between the Trump campaign and Russian officials to influence the 2016 election – the central question Mueller is examining.

A year ago Flynn pleaded guilty to lying to the FBI about his conversations with Sergey Kislyak, the Russian ambassador to the United States, when Flynn was working on national security issues as part of the Trump presidential transition team.

The discussions between Flynn and Kislyak apparently centered on the sanctions imposed on the Russian government by the Obama administration. Such discussions would be perfectly legal.

In fact, there is nothing unusual about members of a presidential transition team talking with foreign diplomats about the foreign policy concerns of an incoming administration.

Some have tried to claim that Flynn’s conversations were illegal under the Logan Act of 1799, (18 U.S.C. §953), which tries to prohibit discussions between Americans and foreign officials. But no one has ever been prosecuted under that act.

Moreover, distinguished legal scholars from the left and the right have roundly (and rightly) criticized the Logan Act as an unwarranted restriction of First Amendment rights. Mueller appears to understand its unconstitutionality, since he did not prosecute Flynn under that law.

The sentencing memo says that in the registration documents filed under the Foreign Agents Registration Act, Flynn lied about a three-month project that he and his company carried out for the Turkish government in 2016.

We still don’t know whether Flynn has provided any information that would show unlawful collusion between the Trump campaign and Russian officials to influence the 2016 election – the central question Mueller is examining.

Flynn supposedly did not disclose that Turkish officials “provided supervision and direction over the Turkey project.”  Obviously, Flynn shouldn’t have lied about this. But the special counsel doesn’t claim that the actual work Flynn performed was illegal – just that Flynn’s failure to disclose the work “deprived the public of the very transparency” the federal registration law “was designed to ensure.”

If Flynn had been more truthful about his conversations with the Russian ambassador and fully disclosed the details of his Turkish project, he wouldn’t be awaiting sentencing from a federal judge later this month.

Flynn was forced to resign as Trump’s national security adviser in February 2017 after the White House said Flynn misled officials there as well about his conversations with the Russian ambassador.

How did the U.S. government know about the content of those telephone conversations?  By electronic eavesdropping, which raises many unanswered questions about the propriety of a law enforcement agency listening to calls involving a presidential transition team.

The sentencing memo recommends no jail time for Flynn due to his “substantial assistance” to the special counsel and the fact that his “military and public service are exemplary.”  The redacted addendum to the memo says that Flynn met 19 times with the special counsel’s attorneys.

However, any description of the information Flynn provided is entirely redacted.

Such collusion is possible, of course. But the wording of the addendum makes it seem unlikely.

This is an important point, because the focus of the special counsel’s investigation is supposed to be whether Trump campaign officials conspired with Russian officials prior to the November 2016 election to engage in unlawful interference in the election.

As noted earlier, communications between members of a transition team charged with organizing an incoming administration and foreign diplomats and government officials is neither unusual nor extraordinary and is certainly not illegal.

Rudy Giuliani, President Trump’s lawyer, compared what Flynn is charged with to “spitting on the sidewalk” and said that if Flynn had “information to share with Mueller that hurt the president, you would know by now.”

That is not necessarily true, since we don’t know what Flynn told Mueller and his team in the 19 meetings he had with the attorneys. But if the only information Flynn had was about communications by the transition team – and not the Trump election campaign – then it seems doubtful that Mueller has evidence bearing directly on the campaign collusion issue.

All we can say for sure is that we still don’t know what information Flynn gave Mueller. And we won’t know until Mueller discloses it. Right now, there is no telling when that will occur.