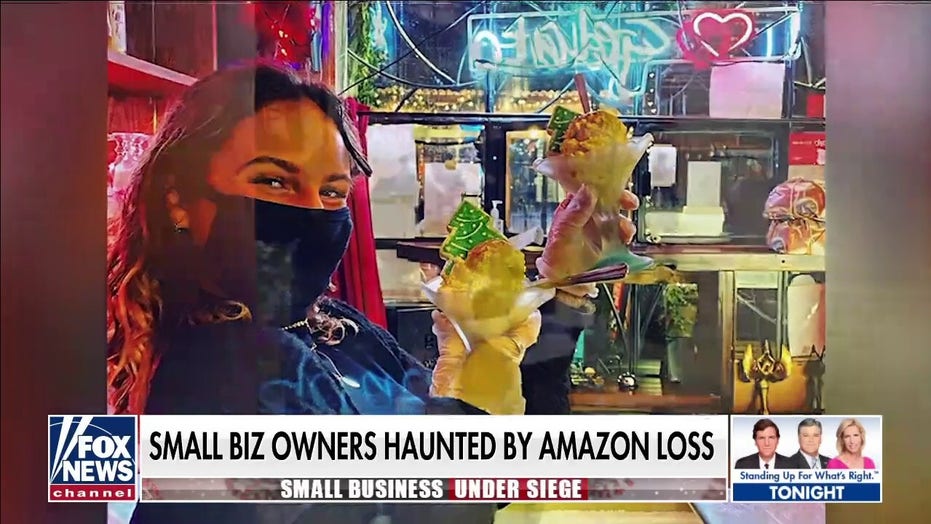 Concha: Melania Trump was treated worse by press than any modern First Lady

Like so many Republican first ladies, Melania Trump has not received the respect and appreciation she deserved during her tenure. Her many contributions are worth noting.

Before anyone can evaluate Mrs. Trump’s legacy, it is important to remember there is no job description for the office of the first lady. Laura Bush described it best when she said the job of first lady is "a role without a rule book."

When historians shape Mrs. Trump’s legacy years down the road, after the ridiculous social media attacks of the past four years have faded, she will be far more appreciated.

In addition to being only the second first lady not born in the U.S. (Louisa Adams, wife of President John Quincy Adams, was the first) it is noteworthy that Mrs. Trump may be the only first lady to be completely plucked out of the private sector to serve in this extraordinary role.

Every other first lady of the past century has had the advantage of being married to a prominent government official or military leader before entering the White House. But President Trump did not serve in government or the military before being elected to our nation’s highest office. Yet Mrs. Trump entered the White House as first lady with the enthusiasm and energy needed to do well in her new role.

One of the most prominent duties of a first lady today is the task of being America’s hostess. Melania Trump has excelled in this role, despite her lack of experience in wading through the political world.

Mrs. Trump has been able to find the perfect balance between reverence for precedents set by former first ladies, while still respectfully and boldly leaving her own unique mark. One of the most notable examples of this was at the first state dinner held during the Trump administration, hosting French President Emmanuel Macron and his wife Brigitte.

The Trumps greeted the Macrons at the South Portico of the White House before proceeding to the stage to hear the national anthems of both countries. Both first ladies stood by their husbands on the platform — something that hadn’t been done since President Jimmy Carter’s administration.

Mrs. Trump infused every White House event with a level of sophistication and formality. She understood the significance and the importance of social diplomacy that comes with the visit of a world leader and at the same time she carried out other time-honored traditions that have been held at the People’s House.

Mrs. Trump carefully considered how the decisions she made would be perceived not just here at home but also across the globe. Every first lady makes her own choice in how she wants to entertain at the White House, including details from a guest list to the menu, table settings, flowers, entertainment and much more. By all accounts, Mrs. Trump prevailed on every decision.

Laura Dowling, who was the White House florist during the Obama administration, said of Mrs. Trump’s entertaining style: "The first lady planned and executed an impressive series of symbolic activities that demonstrated the power of style and cultural diplomacy when carried out on the high-profile White House stage."

The soaring voices of singers in the military surrounded guests entirely from all sides and at every level, with a finale of "Simple Gifts" that left guests weeping. Military musicians were also highlighted in the more casual and fun occasions, such as Halloween. This love and support of the military was also shown during Mrs. Trump’s surprise visit to Iraq on Christmas in 2018, making her one of the very few first ladies to visit an active combat zone.

Mrs. Trump’s clear appreciation for the history of the White House and its traditions has been entirely ignored by the mainstream media. For example, she was the first one to open the White House movie theater to the public tours.

"The White House belongs to the people of this country," Mrs. Trump said. "I believe everyone who takes the time to visit and tour the White House should have as much access to its rich history and wonderful traditions as possible."

In addition, Mrs. Trump preserved less-glorified parts of the White House like the floors of the East Room. She also oversaw the renovation and upgrading of the bowling alley, Rose Garden and tennis pavilion for future first families to enjoy.

Mrs. Trump even obtained the first piece of art to be permanently displayed by an Asian American artist. But her enhancements went largely unnoticed.

A key aspect of Mrs. Trump’s "Be Best" campaign focused on opioid abuse, a subject that many others in Washington weren’t willing to address, despite it being a national crisis. Mrs. Trump is one of the few exceptions, being notably willing to highlight this very important issue despite its lack of gravitas.

Just like so many other conservative first ladies, Mrs. Trump was excluded from the prestige that comes with being one of the most stylish first ladies since the days of Nancy Reagan and Jackie Kennedy.

Mrs. Trump selected attire that sent powerful messages across the globe and was a master of soft diplomacy and international connectivity. Yet she did not appear on the covers of magazines and was not the subject of many positive news stories focusing on her projects and travels, unlike many first ladies before her.

In today’s politically charged environment, history is repeating itself with the current perception of Mrs. Trump. However, that will surely change when historians have their say.

One can simply look to one of the greatest champions of the office of the first lady, Pat Nixon. Mrs. Nixon may have one of the longest lists of accomplishments as a first lady, yet this amazing woman was often overlooked during her tenure. She is now more appreciated, decades later.

President Richard Nixon said of his wife years after leaving the White House: "If she had been the wife of a liberal, my God, they would have canonized her. But because she was my wife, they had to find ways to knock her, and she never got any credit for the things that she did …. But I must say, one of the reasons that she didn't receive it, without any question, was that you can be sure that our friends in the media, whoever they may be, were not going to give her any credit if they thought it might help me. I understand that. That's part of the game — not right, but that's the way the world, real world is, political world."

President Nixon’s comment applies just as appropriately to Mrs. Trump. There’s no doubt that her many achievements as an outstanding first lady will be more appreciated in the years ahead.