In 2015, in a speech to the International Association of Chiefs of Police, President Obama warned not to let police get "scapegoated for broader failures of our society and our criminal-justice system." Unfortunately, over the last few years, far too many – especially in his own party – have sought to do exactly that.

I recently vetoed four bills that would have hindered local law enforcement’s ability to engage in routine cooperation with federal law enforcement, including sanctuary state legislation. This comes after I vetoed three anti-police bills that would erode police morale and community relationships, endanger officers, and undermine public confidence. Meanwhile, the same legislature has refused to pass commonsense legislation to make sure violent criminals are held accountable.

These types of ridiculous bills aren’t just limited to Maryland. They’re part of a disturbing national trend of politicians interfering with the indispensable work of police officers.

As elected officials, our most important job is keeping the people we serve safe, and we all depend on the brave men and women of law enforcement to do it. But, instead of thanking them for their service, politicians are often using the police as a convenient punching bag for political agendas.

Understandable and much-needed calls for reform and weeding-out bad apples in law enforcement have morphed into an all-out assault against the entire institution of policing and against those good police officers who struggle daily to serve and protect us.

Unsurprisingly, this "blame cops first" mentality has been disastrous for police morale and recruitment. According to the International Association of Chiefs of Police, police departments all across the country are struggling to attract qualified and diverse applicants, and many current officers are simply choosing to leave or retire early.

This is the worst possible time for police departments to be short-handed. With crime skyrocketing in cities across the country, we desperately need better and more effective policing. Just last year, major American cities saw a 33% increase in homicides, including a 45% increase in New York and 36% in Los Angeles. Though the rise in violent crime is less dramatic than these examples, my state’s largest city, Baltimore, has not been spared.

We can reverse the tide of rising crime, but we can’t do it if we’re attacking the men and women who are working to keep us safe.

We can reverse the tide of rising crime, but we can’t do it if we’re attacking the men and women who are working to keep us safe.

First, we should start by increasing funding for police, not defunding them. Crisis intervention and de-escalation training, community policing, body cameras, and increased police diversity all require more resources, not fewer. No one would argue that defunding schools would result in better educational outcomes. The same goes for policing. 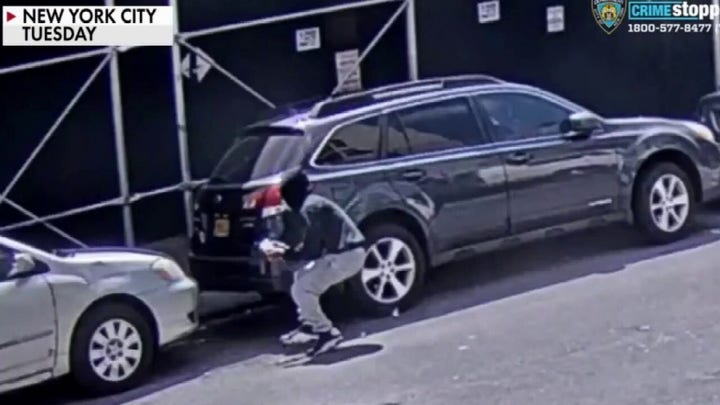 Second, we must make it easier for police to target and lock up violent criminals. That means partnering with communities, rejecting reckless proposals that handcuff the ability of police to do their jobs, while enacting commonsense reforms that allow cops to focus on the real criminals. In Maryland, we’ve successfully freed-up police resources by reducing overly severe sentences for low-level drug and nonviolent crimes, reducing our prison population more than any other state in America in the process.

Third, we should enact reasonable reforms that will improve trust between police and the communities they serve. We can’t allow the abuses of a small minority of officers to taint the vast majority of dedicated officers who do their jobs honorably. In Washington, Sen. Tim Scott, R-S.C., is advancing commonsense reforms, and I’m hopeful we can make bipartisan progress on this issue.

As governor, I’ve often met with the families of fallen police officers and heard their stories. We can never forget that our women and men in law enforcement wake up every morning and selflessly place themselves in harm's way. They are true heroes, they deserve our respect and our gratitude, and should not become another political football.

It’s time we let them do their jobs again.