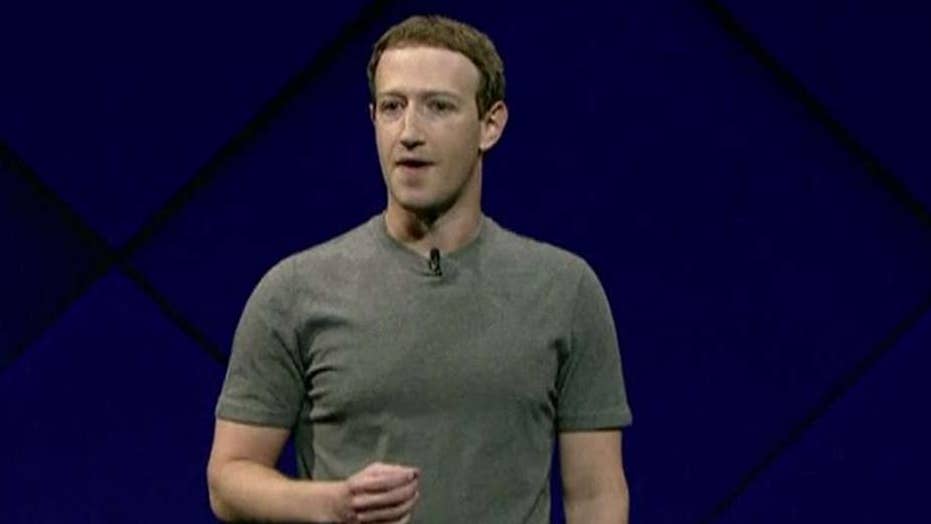 Facebook and the other tech titans are taking some tumbles. Axios reported Thursday that Facebook’s latest challenge comes from European governments examining its business practices to possibly take action against what regulators there consider anti-competitive practices.

Facebook and Google control a large majority of the digital advertising market in the European Union. Regulators in the EU are upset that the two companies have that much power.

The EU’s antitrust authorities were asked Monday by Brave Software, Inc., to investigate online advertising in the EU “to prevent anticompetitive practices that disadvantage publishers, restrict innovation and limit consumer choice,” according to a Brave Software news release.

Until now, the tech giants have ruled the world’s information space from their Silicon Valley roost. But recently, many of the major social media and online companies have run into big problems – some due to their success, but many of their own making.

Hubris brings nemesis as the companies meet the agents of what could be their ultimate downfall.

Device king Apple seems to have run into a problem selling as many new gadgets as it used to, leading the company to change the way it reports sales. Apple will no longer say how many units of its products it has sold, but rather just report how much revenue the sales have generated.

This altered method of reporting masks the falling numbers of devices that Apple is selling by focusing on the higher prices of the company’s newest models.

In addition, Apple CEO Tim Cook ruffled a lot of feathers as Monday when he boasted at an award ceremony about the social justice values his company uses to evaluate content on its platform.

"We've only had one message for those who seek to push hate, division and violence," Cook said. "You have no place on our platforms. You have no home here."

At first glance that may sound fine. But do we really want Apple and other companies that embrace leftist causes to be deciding what is divisive? Or what constitutes hate?

At times these companies have dumbed down the meaning of hate to be anything that makes someone they like feel bad. And they have displayed a bias against conservative speech by characterizing opinion they disagree with as somehow promoting what Cook refers to as “hate, division and violence.”

That is not a path toward free and open speech. It is the announcement the tech giants will be our Thought Police.

For those of you who haven’t read the novel “1984” by George Orwell, the Thought Police were the secret police of a fictional dictatorship who spy on citizens to discover and punish “thoughtcrime” – the personal and political thoughts not approved by the party in power, led by dictator Big Brother.

Cook’s latest comments reminded me of the iconic "1984" TV ad Apple made to announce the first Macintosh computer (renamed the Mac in 1998). It is one of the best pieces of advertising in history with a dark, ominous auditorium full of people being lectured by Big Brother on a giant screen.

Viewpoint discrimination by a small number of corporations that control how millions of us communicate and learn about the world around us poses a serious problem.

Then in the only flash of color in the ad a woman in a white tank top and bright orange shorts bursts in and throws a sledgehammer through the screen, destroying the oppressive order. This inspired me to rework that ad and make a parody video showing how Apple has now switched sides and become the totalitarian.

Twitter had yet another major example of viewpoint discrimination when it banned popular conservative firebrand Jesse Kelly from its platform with no explanation. The outcry was immediate and powerful and included several U.S. senators, one of whom pointed out that although Kelly often took plenty of shots at him, this was all part of free speech.

“Jesse Kelly can’t stand me,” Sen Ben Sasse, R-Neb., said in a tweet. “And I think his tribal war scalping stuff is stupid and wrong. But that doesn’t matter much compared to the bigger picture here: The trend of de-platforming and shutting down speech is a bad precedent for our free speech society.”

The success of the online giants is a tribute to their hard work and innovation. In America, we value the freedom of any company to act within the law as it pleases, with few exceptions.

But there are limits. Viewpoint discrimination by a small number of corporations that control how millions of us communicate and learn about the world around us poses a serious problem.

I am against government intervention in the private sector in almost every instance. But when a few ideologically minded firms control most of the public information space and the advertising revenue from it, governmental intervention may be needed to protect the American people.

Or here’s a better idea: The giant tech companies can stop acting like Big Brother.

Jim Hanson is President of Security Studies Group and served in US Army Special Forces.
ADVERTISEMENT