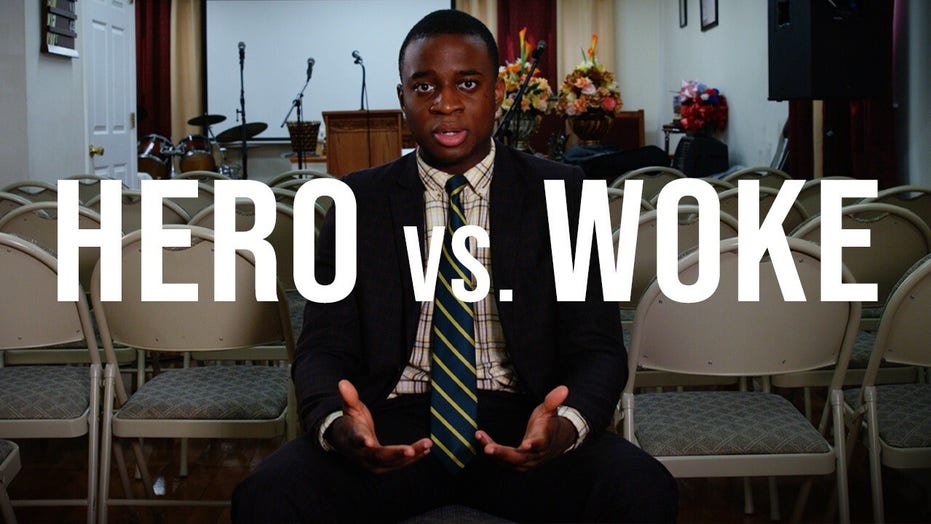 When I asked Daniel Idfresne, a 17-year-old student at Brooklyn Technical High School, if he would have received the same national attention had his skin been white, he did not hesitate: "Of course not." Daniel wrote an essay titled, "I’m 17. And I’m immunized from Woke Politics." It was published on "Common Sense with Bari Weiss," the New York Post, and other publications. Daniel knew that my question, unfair or not, exposed the sad conundrum that often frustrates many free-thinking blacks: did the spotlight swing their way because of their own merit, their skin color, or both? Daniel may have avoided wokeism, but even he cannot escape America’s lingering problem when it comes to race: identity politics.

I intentionally asked this question to challenge Daniel’s character as we sat on folding chairs in the modest and comfortable church that his parents built in the Bed-Stuy neighborhood of Brooklyn after immigrating from Haiti in the early 2000s. I wanted to know if there was substance to him or if he was a mere flash in the pan.

Throughout my lifetime, I have seen many individuals like Daniel emerge because they refused to conform to the politics that the Left — the guardians of today’s identity politics — assigned to their race. In a post-identity politics America, these rebels would be seen for who they truly are and their ideas would be reckoned with on the grounds of merit.

This conundrum is a rather old story in America. In Ralph Ellison’s "Invisible Man," published in 1952, the unnamed narrator encounters Americans from street hustlers to the communist Brotherhood and they all fail to see the man before him. Yet every one of them has a use for his skin color. Eventually, the invisible man realizes that the only way for him to gain power over his predicament is to retreat underground to his basement where he begins the process of woodshedding to become his own individual self. Only then, will he become visible.

A slight smile formed on Daniel’s lips as he began to answer my question. He spoke of the need to be a hero. He mentioned Peter Parker as someone who had to work hard and push himself beyond all limits to become the Spider-Man that we love and adore. (See the accompanying video to hear Daniel’s words.) At first, I thought Daniel was referring to the heroism of Spider-Man rescuing the unfortunate. But the more I listened to Daniel, I began to realize that what he meant by hero was someone who puts in the blood, sweat and tears to develop oneself into an individual of considerable substance and merit. For Daniel, it doesn’t matter if it is a plumber or Spider-Man, the never-ending challenge to be one’s best self remains the same.

In this light, it is not difficult to see why Daniel rejected wokeism. After all, the Woke are fond of declaring values such as hard work, discipline and meritocracy as "expressions of whiteness." But how could these values be "white" when his parents learned them in Haiti?

Daniel revealed to me how fortunate he was to have visited Haiti every two years while growing up. He helped his parents and brothers build a church there and he has witnessed the joy on people’s faces as they embraced clothes that most Americans would look down on. He learned early on in life how blessed he was to be the first one in his family born in America. His parents sacrificed more than he will ever know in order to give him the freedom to test his talents against the world. Why would he betray that freedom for an identity defined by politicized immutable traits?

I asked Daniel who he saw as a hero and he named Thomas Sowell. What made Sowell heroic for Daniel was how hard he labored every day without regard for the opinions of others. Fame and glory meant nothing to him. He worked relentlessly, publishing one book after another, creating an unparalleled body of work. He pushed his talents to the extremes, beyond the reach of identity politics, and nobody owned him.

By contrast, Daniel said that his woke high school classmates chose the mirroring of social media instead of the path of self development. He explained that social media had radicalized them.

"Anger sells on social media," he said. "That is why police brutality videos thrive on social media and it is why so many on the Left believe that 10,000 blacks are killed by the police every year."

The Woke feed off the dopamine rush that they get from the likes, retweets and follows. They get sucked into a vicious cycle where their postings become more and more extreme while they delude themselves into believing they are making a difference. But there is no virtue in posting woke cliches.

What struck me was that Daniel was pursuing the path of freedom over the path of identity. The path of freedom is a lonely one. It requires that one gambles on oneself — that one constantly test oneself against reality. It is this baptism by fire that allows one to forge their true individual identity. Perhaps that is why identity politics thrives on social media: it is easy to profit off one’s immutable characteristics and shoot to fame.

I thought of Candace Owens, a black Republican Twitter star, and I brought her up. Daniel smiled slyly. It is not a secret that many blacks, especially those with conservative views, view her askance. This rift has often been attributed to jealousy but I am not so sure.

Like Daniel, Owens exploded onto the scene by bucking the Left’s narrative. Conservatives rushed to embrace her. She stumbled early, offering up unsophisticated views on race, but her audience did not seem to care. She eventually found her footing, but what came out of her mouth was not original.

The irony is that Owens seemed to have more in common with the woke students at Daniel’s school than with Sowell. Candace relied on social media where she could be a provocateur, launching political firebombs and taking down celebrities. She has even embraced the hyperbolic language of the Woke, calling her enemies Stalin and Hitler. In the identity politics world, she is the Right’s version of the affirmative action baby. This may be why she is often viewed with suspicion by many black conservatives, especially those who put in the work to advance new ideas, to uplift the poor and to rid neighborhoods of violence.

What makes Daniel all the more remarkable is how well he knows the lesson of what it takes to become a hero and at such a young age. There were times during our conversation that I forgot I was talking to a teen 30 years younger than myself. His parents raised him to know himself and they gave him the greatest gift any youth can be given: the ability to work hard, the ability to endure countless obstacles and sleepless nights and the ability to resist the shallow temptations of instant gratification. It may be years before we find out what Daniel has decided to do with his life, but it is safe to say that he will work his way out of the identity politics conundrum to become a man of substance. He is already on his way to becoming a hero and America will be all the more better for it.