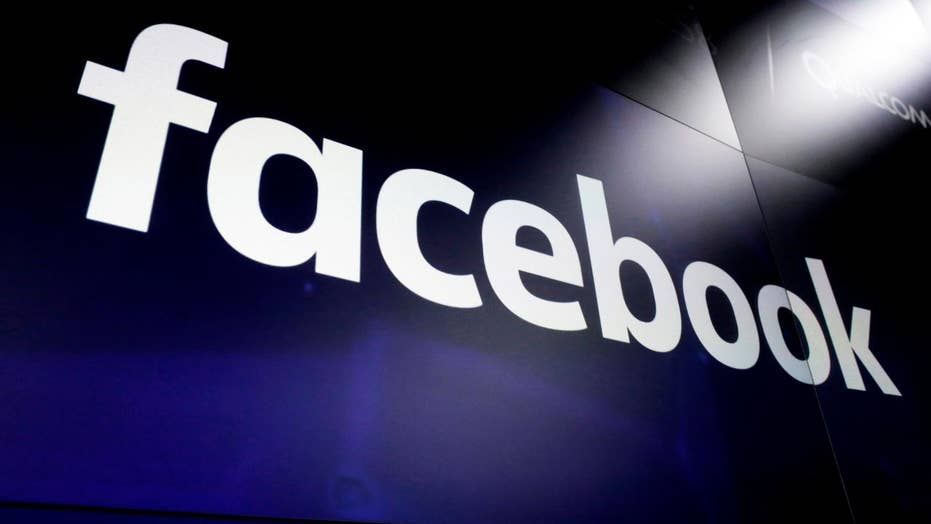 Internal documents obtained by the New York Times claim Facebook struck deals with 150 companies to give special windows into users' private data without consent; Alicia Acuna digs into the report.

In an effort to get what they want, Big Tech companies have reached a level of hypocrisy that beggars belief.

The same companies that shamelessly censor conservatives and tilt public discourse in the left’s favor have suddenly decided they’re into “free expression.”

FACEBOOK DOESN'T REALLY BELIEVE IN FREE SPEECH. WHAT THEY BELIEVE IN (AND ACTIVELY PRACTICE) IS CENSORSHIP

No, Twitter, Google, and Facebook haven’t suddenly decided to stop working with left-wing groups to stigmatize and silence their political enemies, and the Democrats certainly weren’t there to address Big Tech’s growing list of privacy and bias scandals. The whole point of the hearing was to help these monopolies present themselves as defenders of free speech and competition while they advocate for a return to the “net neutrality” policies that help their bottom line.

Although there were no representatives from the “big three” tech companies present at the hearing, all three have been vociferous advocates of net neutrality, and that perspective was amply represented.

Back in 2017, the Federal Communications Commission (FCC) repealed these burdensome Obama-era regulations. Both CNN and socialist Sen. Bernie Sanders told us that meant the “end of the internet as we know it.” Nancy Pelosi called it a “Trump assault” that “set into motion the destruction of the free and open Internet.”

Every Big Tech gatekeeper from Amazon to YouTube put their differences aside and used their combined platforms to whip consumers into a frenzy to “save net neutrality.” Some people literally took to the streets.

A few people took it way too far. As The Boston Globe’s Jeff Jacoby wrote, FCC Chairman Ajit Pai ”was showered with racist insults (Pai is Indian-American) and death threats -- some of them serious enough to compel Pai to cancel major public appearances.” Signs posted near Pai’s home invoked his young children by name, and charged that their “‘Dad murdered democracy in cold blood.’”

“Net neutrality” is a fake controversy, ginned up to give cover for certain tech giants wanting to save some money at the expense of some other, slightly less massive companies.

All this was over a complicated regulation that most of the protesters couldn't even explain beyond the catchy “net neutrality” moniker.

Obviously, “the Internet as we knew it” didn’t end. Speedy high-speed browsing was not replaced by endless pinwheel loading icons. Not a single website is even claiming they were blocked by a vindictive Internet service provider. In fact, Internet speeds are estimated to have increased by 40 percent since the end of so-called “net neutrality.”

The Internet works just fine. “Net neutrality” is a fake controversy, ginned up to give cover for certain tech giants wanting to save some money at the expense of some other, slightly less massive companies.

For Silicon Valley lobbyists working for companies like Twitter to claim it’s all in the name of “free speech” is rich. Twitter had the nerve to beg the federal courts to overturn the FCC’s decision and put Barack Obama’s tech policy back in place, arguing it would protect, “innovation, consumer choice, and free expression.”

This is the same company that is suspending conservatives and journalists right now because they dare to tweet the words “learn to code.”

For those who don’t know, “learn to code” is a joke poking fun at liberal journalists who mocked blue-collar Americans who’d lost jobs to globalization. For years, these self-appointed coastal tastemakers blithely assured working-class Americans in the heartland that they had nothing to complain about. They could just become computer programmers.

When the bottom dropped out on left-wing, online click-bait last month, hundreds of Buzzfeed, VICE, and HuffPo workers were laid off. Fittingly, people told them it was no big deal, they could “learn to code” -- just like the coal miners and the other laid-off workers.

In a shocking indication of just how deep liberal journalists’ self-important victim complex goes, they tried to claim it was all a “hate” campaign aimed at “harassing” them. They tattled to Big Tech to come save them and Twitter quickly obliged by suspending accounts that engaged in the light-hearted trolling.

Sorry, Twitter, but the “free speech” schtick just isn’t credible when you’re simultaneously suspending people for a joke that made a few liberal journalists feel badly. The same goes for Facebook, Google and every other Big Tech corporation trying to convince the American people that they support free expression even as they systematically stifle the viewpoints held by half the country.

Despite having the political cover from their liberal soulmates who now control the U.S. House, Big Tech companies can’t disguise their gross hypocrisy.