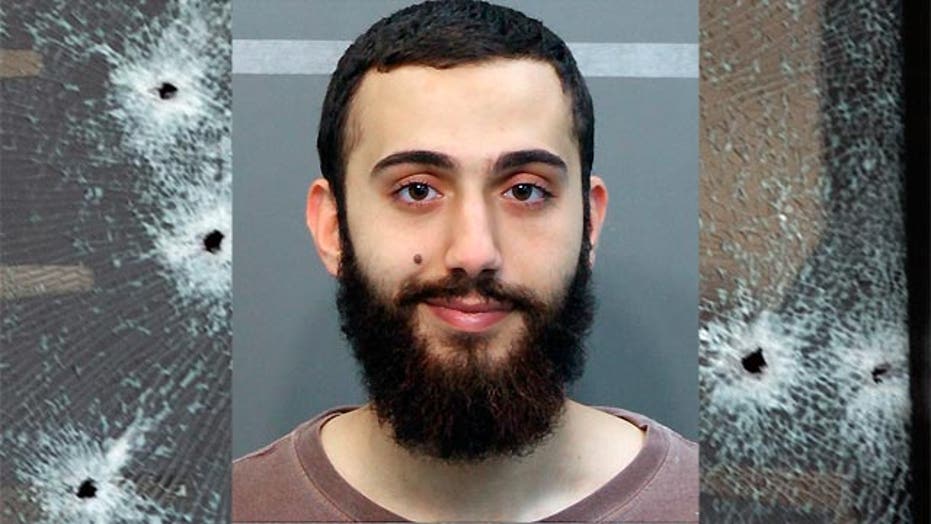 FBI: Abdulazeez was ready to kill anyone who got in his way

For most Americans, July 16 was cause for celebration -- marking the 50th anniversary of the Apollo 11 liftoff. But for five Gold Star families, the day brought only pain and heartache.

On July 16, 2015, a jihadist named Muhammad Youssef Abdulazeez, who immigrated to the United States from Kuwait, went on a murderous shooting spree in Chattanooga, Tenn. After a drive-by attack at a Marine recruiting center, Abdulazeez drove to a Navy Reserve center, where he again opened fire. Abdulazeez was then killed in a shootout with police.

Then-FBI Director James Comey got this one right when he said. “There is no doubt that (Abdulazeez) was inspired, motivated by foreign terrorist organization propaganda."

The murders sparked a national discussion that remains unresolved. Why can't military members carry weapons on U.S. bases to defend themselves in an attack?

The anti-gun policy was started by President George H.W. Bush with a Department of Defense directive in February 1992 and was implemented under President Bill Clinton in 1993. As a result, America’s finest remain soft targets for jihadists like Abdulazeez. In short, the Bush policy has been a security disaster.

Lest we forget, Chattanooga came after Fort Hood, where in 2009 another radical jihadist, Maj. Nidal Hasan, infiltrated the Army's officer corps. Disregarding the weapons ban, Hasan opened fire with his semiautomatic pistol. Twelve American soldiers died, plus a civilian physician. Thirty-one other soldiers and a civilian police sergeant were wounded.

It’s not just radical jihadists posing a threat. On Sept. 16, 2013, a gunman named Aaron Alexis, using a valid base pass, drove onto the Washington Navy Yard in Washington, D.C. Then he opened fire, using the Remington shotgun he'd stashed in the trunk. Twelve civilian employees were killed before police killed Alexis.

As in all of the attacks, a well-placed bullet could have saved lives.

But at recruiting stations like the Marine facility in Chattanooga, little improvements have been made to improve security. What a crying shame and disgrace to the American serviceman who died.

After Fort Hood, after the Navy Yard and after Chattanooga, military personnel on U.S. soil remain largely unarmed. Current Defense Department directives require military members to keep weapons locked in a central storage facility, or in their personal residences on base.

Most major U.S. military installations have armed guards posted at the entrances. Sometimes those guards are military members and sometimes they are civilian contractors. Nonetheless, security remains lax. If a shooter penetrates the main gate, unarmed military members inside are easy targets.

After Fort Hood, after the Navy Yard and after Chattanooga, military personnel on U.S. soil remain largely unarmed. Current Defense Department directives require military members to keep weapons locked in a central storage facility, or in their personal residences on base.

Why? We can trust service members with the most sophisticated weapons in places like Iraq and Afghanistan, but not within the confines of military installations at home?

It's only a matter of time before another jihadist strikes. Another nut case will slip in, and the death toll could surpass the carnage at Fort Hood and Chattanooga. It’s time to arm our soldiers, sailors, airmen and Marines, on base at home, before that happens.

In 2018, President Trump spoke in favor of arming American forces on their home bases. "If we can't have our military holding guns, it's pretty bad," he said at the Conservative Political Action Committee Conference in Maryland.

The president promised to review the policy, but with other matters consuming his time since then, the call for beefed-up security on military bases seems to have died on the vine.

Now's the time to revisit the policy, Mr. President. Failing to act is a disaster waiting to happen. Military lives matter.