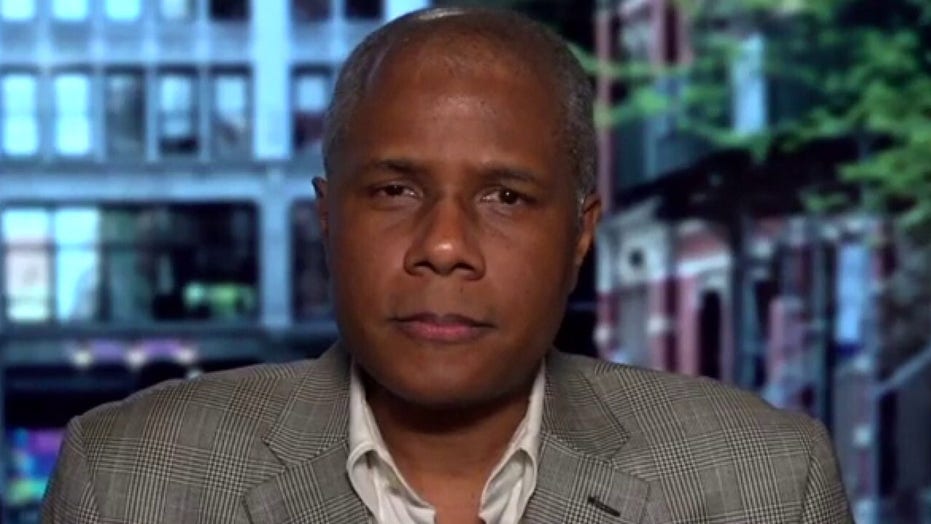 Former Vice President Joe Biden spent much of Friday wielding a crowbar and prying his feet out of his mouth. He then apologized for the hideous racial comments that he uttered in the morning. As well he should have.

The presumptive Democratic presidential nominee told radio host Charlamagne Tha God on “The Breakfast Club”: “If you have a problem figuring out whether you’re for me or Trump, then you ain’t black.”

This remark was truly racist. Biden unveiled a new power unseen anywhere in the Constitution: the ability to decide who is and is not black, and on the basis of political beliefs, no less. In essence: You ain’t black, unless I say you black.

Biden revealed his view, widely popular among Democrats, that black Americans must support him and the Democratic agenda. If not, they’re not just wrong, mistaken, or lacking in information. No, no. Much worse. They’re not even black.

How insulting, degrading and dehumanizing.

Biden never would tell Caucasian voters: “If you have a problem figuring out whether you’re for me or Trump, then you ain’t white.” Instead, he would urge them to read his policy papers, listen to his speeches, or watch his shaky missives from his Delaware bunker.

Of course, this was not the first time that Biden showed how little he thought of black people and our ability to make our own decisions.

Back in August 2012, Biden told black voters in Virginia that if Republican Mitt Romney were elected president, “They’re going to put y’all back in chains.”

Note Biden’s pandering use of “ain’t” and “y’all” when addressing blacks, including a southern accent in the latter instance. He either learned this from or taught this to Hillary Clinton, who exhibits the same annoying, patronizing behavior, along with such bizarre lunges for black votes as telling (again) “The Breakfast Club” in 2016 that she carries a bottle of hot sauce in her purse.

The man who beat Hillary for the 2008 Democrat presidential nomination, Obama, chose Biden as his running mate despite Uncle Joe's January 2007 description of the then-U.S. senator from Illinois: "I mean, you got the first mainstream African-American who is articulate and bright and clean and a nice-looking guy. I mean, that's a storybook, man."

Biden’s dismissiveness toward blacks looked much more hostile in the 1990s, when he pushed anti-crime legislation that resulted in the mass incarceration of blacks, mainly males, a group that Hillary called “super-predators.”

Thankfully, President Trump’s criminal justice reform is reversing many of the injustices created by Biden’s support of this 1994 bill and attitudes like Hillary’s.

Trump’s support for historically black colleges and universities, his pro-school choice policies, and his tax cuts and deregulation that brought black unemployment to record lows in the pre-COVID-19 boom are, Biden should know, among the many reasons that Americans can be both black and pro-Trump.

Biden’s 1977 remarks are just plain ugly. Here is how he expressed his worries about school busing: “Unless we do something about this, my children are going to grow up in a jungle, the jungle being a racial jungle with tensions having built so high that it is going to explode at some point.”

“I thought to myself, I have been black for 54 years,” Sen. Tim Scott, R-S.C., said Friday. “1.3 million black Americans already voted for Trump in 2016 .... This morning, Joe Biden told every single one of us we ‘ain’t black.’ I’d say I’m surprised, but it’s sadly par for the course for Democrats to take the black community for granted and brow beat those that don’t agree.”

“You challenging me and millions of other people out there on their blackness, descendants of slaves, from you is some seriously condescending, out of touch bullcrap,”James said in a campaign video. James hopes to join Scott as the second black Republican in the U.S. Senate.

“Vice President Joe Biden’s latest quote is both pathetic & hurtful,” James added. “Challenging millions on their blackness is condescending. The GOP was started to oppose slavery. I have the right to think and vote for myself along with all other Americans, including black Americans.”

Facing this backlash, Joe Biden phoned the U.S. Black Chambers Friday afternoon and said: “I shouldn’t have been such a wise guy.”

Don’t expect to see “Joe Biden” and “wise” in the same sentence again any time soon.