FOX Business host Larry Kudlow joined 'America's Newsroom' to discuss the status of inflation and why he considers the Democrats' spending bill 'paradise' for regulators.

They’ll redefine anything and everything. From a recession to bill titles, it’s all semantics to fit the narrative of the day.

Take their latest Inflation Reduction Act of 2022. It’s quite the title. But, beneath the shiny new label is a familiar monstrosity. It’s really the remnants of the so-called "Build Back Better" plan, the largest tax-and-spend measure ever to be imagined, resurrected. Albeit, slightly hollowed out and restyled to try and lure unsuspecting Americans in.

It's certainly creative. The same Democrats whose trillion-dollar spending spree unleashed the highest inflation in nearly 40 years will now attempt to persuade people the very solution to the problem they created is to spend billions more. Even the snake oil salesman is shocked by the plan.

I think a little transparency from my colleagues is warranted. 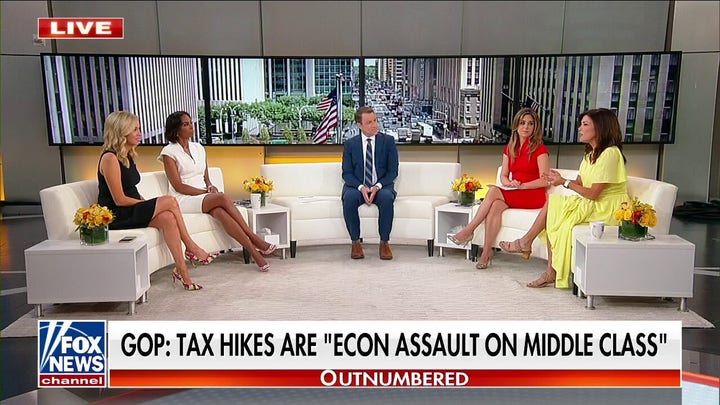 Americans are being robbed by inflation under the Biden administration. Families are draining their wallets and savings for necessities. We are talking about things like groceries, rent, and gas. Your paycheck is worth less and less. Lest we forget higher interest rates—necessitated by out-of-control Democrat spending—putting a strain on credit card balances and costing taxpayers an extra $2.5 trillion in interest payments on the national debt. It’s a stark reality when there is no choice other than decisions that will add to our unsustainable fiscal trajectory and make life harder for families.

When the gloss of the veneer on Democrats' latest marketing campaign fades, you will be left with higher taxes, an outsized IRS, increased energy costs, and handouts for the liberal elite.

It's therefore problematic when the very proposal you are touting as the panacea to inflation is met with independent estimates finding it won’t reduce inflation in the near term. In fact, it could make things worse.

AS INFLATION REDUCTION ACT MOVES THROUGH CONGRESS, AMERICANS WEIGH IN ON IMPORTANCE OF CLIMATE INITIATIVES

Couple that with the nonpartisan Joint Committee on Taxation evaluation that the bill would hurt Americans in every income bracket. Original estimates show more than half the new taxes being levied will be paid for by people making less than $400,000 a year. Those earning less than $200,000 per year will see taxes rise by $16.7 billion in 2023 alone. And, on the corporate side, while the anti-business left like to use rates as a rallying cry, the reality is sobering. The corporate hikes will be outweighed by the spending increases in the bill. Provisions will incentivize manufacturers to move overseas, further driving investment to countries like China. It’s warranted to consider the impact of raising taxes as the economy continues to contract at an alarming pace. Even the likes of Senator Chuck Schumer and former President Barack Obama have said you don’t raise taxes in a recession.

Then there is the scheme to double the size of the IRS by spending $80 billion to hire thousands of new agents. We know the reality. It wasn’t so long ago the White House implemented tracking bank accounts with $600 annual transactions through Venmo. They won’t be going after billionaires and big companies. They’ll be used to ramp up audits on hardworking, middle-class Americans. 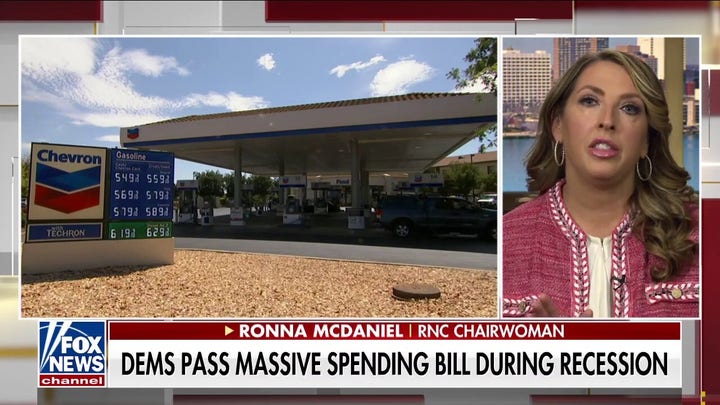 And while you pay more at the pump, this bill gives major tax breaks for the wealthy to purchase electric vehicles. There is also funding to entertain the Green New Deal’s policing of farm animal "emissions." Billions will be used on provisions like addressing "enteric methane emissions from ruminants" or finding alternatives for animal feeds. That’s just scratching the surface. Other priorities include environmental justice grants, a new natural gas tax that would raise family utility bills even higher, and green energy subsidies that further risk the reliability of our electric grid.

True inflation reduction will happen when we return to a pro-growth agenda.

Democrats will also claim provisions, including their socialist prescription drug fixing scheme, will tamp down inflation. There is no proof of that. It also overlooks the result of people being deprived of life-saving treatments. One study by the University of Chicago found that these measures could hinder hundreds of cures from coming to market. The result will be less innovation and choice–and ultimately less hope for patients. That’s bad policy. It also plays gimmicks with supposed deficit reduction. There are no real spending cuts. It’s all prescribed under budget gimmicks that don’t actually change our current fiscal glide path.

When you pull back the curtain, you see what this package really is: a scam. The Democrats have shown time and time again that they will use any crisis as a "tremendous opportunity to restructure things to fit [their] vision." They’ve been outspoken about reengineering the economy to implement their socialist wish-list. This hefty expansion of government under the guise of inflation relief is no different.

When the gloss of the veneer on their latest marketing campaign fades, you will be left with higher taxes, an outsized IRS, increased energy costs, and handouts for the liberal elite. 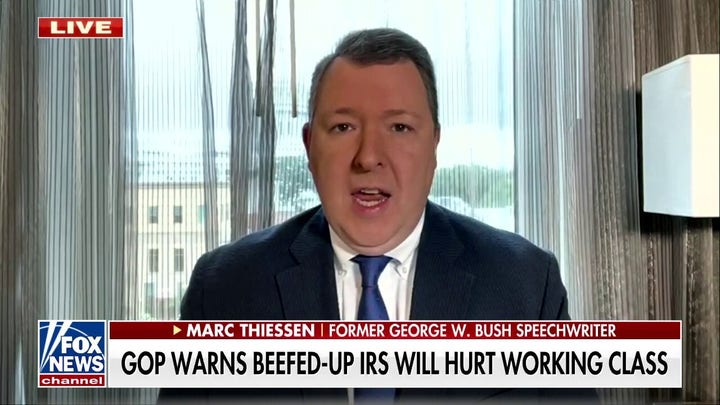 You don’t have to be a policy expert to see that their 2.0 version should join its initial counterpart in the ash heap of history.

True inflation reduction will happen when we return to a pro-growth agenda. It wasn’t long ago, under Republican direction, our economy was booming, wages were rising, and unemployment was at historic lows. GOP tax reform reduced federal tax rates for households across every income level–while increasing the share of taxes paid by the top 1 percent.

The Tax Cuts and Jobs Act restored American business competitiveness, led to job growth, the highest household income, the lowest poverty rate in half a century, and a return of U.S. jobs and investment from overseas.

The Congressional Budget Office also found that under TCJA corporate tax revenue hit new records. Hardworking families were looking to the future with confidence before the pandemic hit.

It’s time to get back to that focus. Instead of trying to tax and spend more, we must exercise fiscal restraint, keep America’s economy competitive, institute regulatory relief, and unleash American energy dominance.