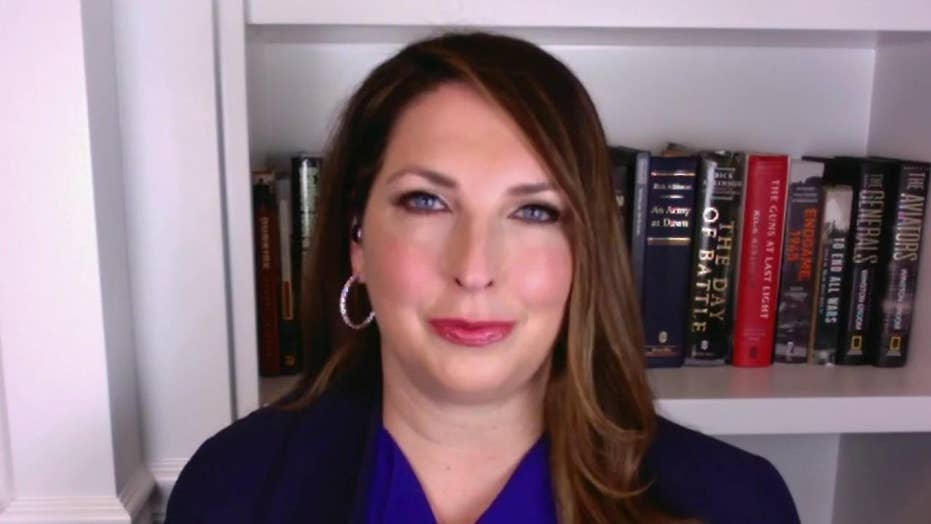 At Tuesday night’s presidential debate in Cleveland, President Trump proved himself once again to be the fighter the American people elected in 2016 and the leader we need fighting for us in the next four years.

Throughout the course of the more than 90-minute debate, President Trump was in control, in command and made a compelling case for his reelection by showing he is willing to fight for the policies that work for and uplift all Americans.

He is fighting for your vote as he crisscrosses the country to meet with hardworking Americans.

And on Tuesday night he fought to finally get former Vice President Joe Biden to answer the questions he has been hiding from.

For the first time, Biden was forced to face real questions about the radical, left-wing agenda he and Sen. Kamala Harris, D-Calif., are running on, like rolling back the Trump tax cuts and instead raising taxes by $4 trillion dollars, or his pledge to end fossil fuels by 2035 and killing thousands of American jobs in the process.

While answering some questions, Biden also revealed he is nothing more than an empty vessel for the far-left by refusing to answer others.

He refused to answer whether he would pack the Supreme Court if elected. He refused to call on a single elected Democrat leader and urge them to restore law and order and public safety to their streets, and he refused to explain why his son, Hunter, received $3.5 million dollars from Moscow.

Biden’s captivity to the radical left isn’t a story the mainstream media will tell, but it is an argument President Trump was able to hammer home.

While holding Joe Biden accountable for his radical agenda and his 47 years as a failed career politician who only ever fought for himself, President Trump also touted his record of fighting for and delivering real results for the American people.

President Trump built the strongest economy in our history once before, and he’s already doing it again by leading the great American comeback.

With four more years of President Trump, Americans will see more prosperity like they enjoyed before the coronavirus invaded our shores.

They will see more historic deals like the ones President Trump recently brokered between Israel and the United Arab Emirates and Bahrain.

They will see more support for our law enforcement officers who put themselves in harm’s way and their own lives on the lines every single day in order to keep us safe.

And they will see even more qualified constitutionalists like President Trump’s most recent Supreme Court nominee, Judge Amy Coney Barrett, placed on the federal bench.

President Trump is the only candidate in the race who actually has shown up for the American people and gone to battle for them time and again.

Last night, President Trump showed once again that he will always fight for the American people, which is why Americans are going to re-elect him to a second term on November 3rd.“