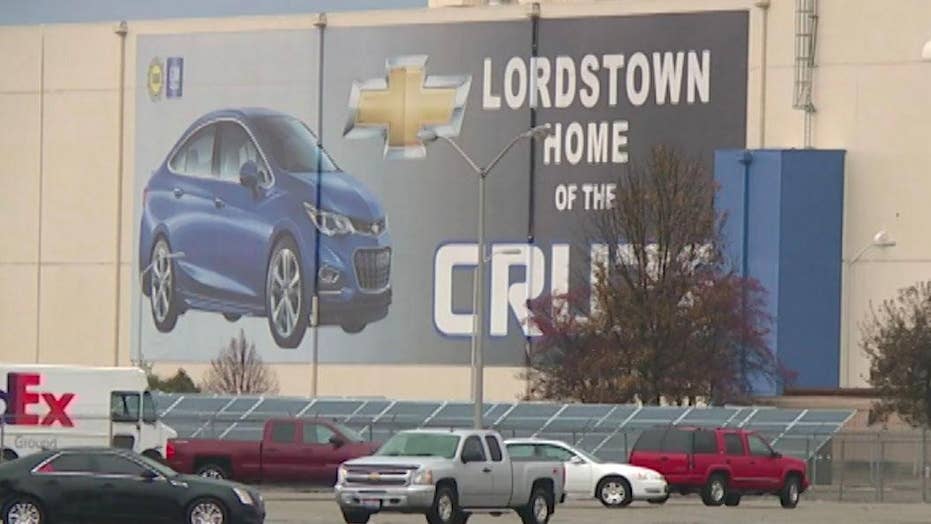 President Donald Trump is drawing much deserved praise this week for his efforts to help workers at the Lordstown, Ohio General Motors plant keep their jobs. Earlier this year, GM ended car production in the factory and threatened to eliminate 1,700 jobs.

But instead of standing idling by, President Trump took action. He called up and pressured GM CEO Mary Barra to change course, and now she’s done it. The president announced on Twitter this week that GM found a buyer for the plant – an electric truck company – and that GM is even spending another $700 million to create 450 new jobs in Ohio.

For the Acela-corridor chattering class, these are just numbers on a page. But for Lordstown and so many small communities across Ohio, it is a game changer.

It is also good politics for the president, who will need Ohio to stand behind him for his continued political success.

That’s why when opportunities for sound public policy and good politics present themselves, the president should pounce. Fortunately, there’s another way the president can appeal to Ohio voters and protect vulnerable families in the process – by helping protect the solvency of coal miner pensions in Ohio, West Virginia and other coal country states.

President Trump has already done much to help protect coal jobs by fighting and removing unnecessary regulations. Unfortunately, the war on coal – waged by the Obama-Biden administration along with billionaire Michael Bloomberg and the Sierra Club’s “Beyond Coal” campaign – was all too effective. During the Obama-Biden years, 83,000 coal miners were put out of work. They left office with 400 fewer coal mines operating in America.

The industry suffered as a result, and along with it the pension plans for 100,000 retired coal miners. Now, their plans are threatening to go insolvent.

That’s why a bipartisan coalition of senators, including Democrats Joe Manchin, D-W.Va., and Sherrod Brown, D-Ohio, along with their Republican counterparts Shelley Moore Capito, R-W.Va., and Rob Portman, R-Ohio, are pressuring Congress to pass legislation to shore up the coal miners’ pension fund.

Just this week, members of the United Mine Workers of America, along with a bipartisan group of members of Congress, rallied in Washington to support legislation to help these miners.

Senator Rob Portman explained, “We’ve been mining coal in Ohio since before Ohio was a state…this is just a matter of fairness.”

“What they did was power America. And they were given a promise, and it was a promise that when they retired, that they would get a benefit under their pension,” Portman continued.

Senator Joe Manchin noted that, “The superpower of the world is here because of the coal miners standing behind me.”

“No matter what part of the country you’re from, you should get on your knees every night and say a prayer for a coal miner.”

Senator Portman and Senator Manchin are exactly right. These miners poured their lives into powering our country and making us the superpower we are today, and they deserve our support.

The coal industry did not suffer because of market forces or emerging technologies. Coal was targeted for political reasons. And in their goal of shuttering the industry, green groups, their backed elected officials and billionaire donors gave little thought for the thousands of men and women they were driving into unemployment.

Our government – thanks to the Obama-Biden war on coal – put these retired miners in this position. It’s time to make it right.

This is an opportunity for President Trump to secure a major bipartisan win. It would allow him to demonstrate yet again his willingness to work across the aisle, and it would be a potent achievement he could point to as he campaigns in Ohio for a second term.

Good politics and good policy is the sure way for President Trump to lock in Ohio, but it also can help these coal miners retire with dignity.

And after years of political attacks by powerful green groups and the previous administration, coal workers deserve a win.