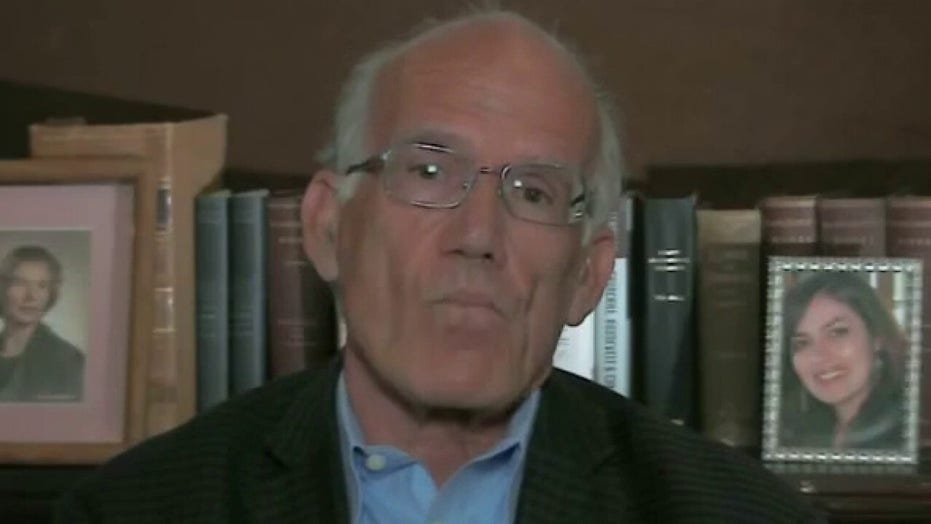 Cultural suicide used to be a popular diagnosis of why things suddenly just quit.

Historians such as Oswald Spengler and Arnold Toynbee cited social cannibalism to explain why once-successful states, institutions and cultures simply died off.

Their common explanation was that the arrogance of success ensures lethal consequences. Once elites became pampered and arrogant, they feel exempt from their ancestors’ respect for moral and spiritual laws like thrift, moderation and transcendence.

REP. KEN BUCK: 2020 ELECTION IS OPPORTUNITY FOR CONSERVATIVES TO STAND UP TO CANCEL-CULTURE MOB

Take professional sports. Over the last century, professional football, basketball and baseball were racially integrated and adopted a uniform code of patriotic observance. The three leagues offered fans a pleasant respite from daily barroom politics. As a result, by the 21st century, the NFL, NBA and MLB had become global multibillion-dollar enterprises.

The owners, coaches and players weren’t always racially diverse. But that inconvenient truth did not stop the leagues from hectoring their fans about social activism — even as they no longer honored common patriotic rituals.

All three leagues have suffered terribly during the viral lockdown, as American life mysteriously went on without them. And they have almost ensured that they won’t fully recover when the quarantine ends. Many of their often-pampered multimillionaire players refuse to honor the national anthem. In the NFL they now will broadcast their politics on their helmets. They will virtue-signal their moral superiority to increasingly turned-off fans — as if to ensure that their sources of support flee.

Lots of American universities became virtual global brands in the 21st century. Sky-high tuition, rich foreign students, guaranteed student loans and Club Med-like facilities convinced administrators and faculty that higher education was sacrosanct. The universities preached that every successful American had to have a bachelor’s degree, as if the higher-education monopoly deserved guaranteed customers.

But soon, $1.6 trillion in aggregate student-loan debt, lightweight and trendy curricula, ideological hectoring, administrative bloat, reduced teaching loads, poor placement of graduates, and the suspension of the Bill of Rights on campus began turning off both students and the public.

If students can Zoom or Skype their classes from home this fall, why pay $70,000 a year for the campus “experience”?

Supposedly woke and informed rioters this summer incoherently toppled or damaged the statues of everyone from Robert E. Lee and Ulysses S. Grant to Frederick Douglass and Miguel de Cervantes. So the public might begin to wonder how the nation’s multitrillion-dollar investment in higher education actually served the country.

If a university president wanted to devise a plan for how to destroy his university, he could not have come up with a better one than what has happened on campus in recent decades.

Hollywood should have been ecstatic over 21st century globalization, which should have made filmmakers and stars even richer and more popular, with a potential audience of more than 7 billion. But the quarantine has shut down most theaters.

Amazon, Netflix and Facebook, along with cable TV, have sent theater revenues diving for years. Silicon Valley can create filmmakers who have no need to get near Southern California.

In response, Hollywood counts on bringing comic books to the big screen, or on making poor remakes of old classics. When directors try to make a serious new movie, the result is often the monotony and boredom of thinly veiled woke propaganda.

Viewers can take only so many heroic green crusaders, diverse superhumans and beautiful feminists — and only so many villainous cardboard-cutout Russian oligarchs, toothless and twangy Southern Neanderthals and corporate yes-men.

The hypocrisy gets worse when the Chinese government often adjudicates movie content as the price of entering a Chinese market with more than a billion potential customers.

But viewers do seek out theaters for more lectures from beautiful multimillionaires on their racist, sexist, homophobic country.

Professional sports, universities and the motion picture industry all know that what they are doing is bad for business. But they still believe they are rich and powerful, and thus invulnerable. They also are ignorant of history and cannot be persuaded that they are destroying themselves.

At this late date, all that matters is that the country itself learns from these suicidal examples and heals itself. If the U.S. is not to become an extinct Easter Island, it must rediscover a respect for its past, honor for the dead who gave us so much, the desire to invest rather than spend, and a need for some sense of transcendence.

If we do not believe that what we do today has consequences for our children after we are gone, there are ancient existential forces in the world that will intervene.

And it won’t be nice.