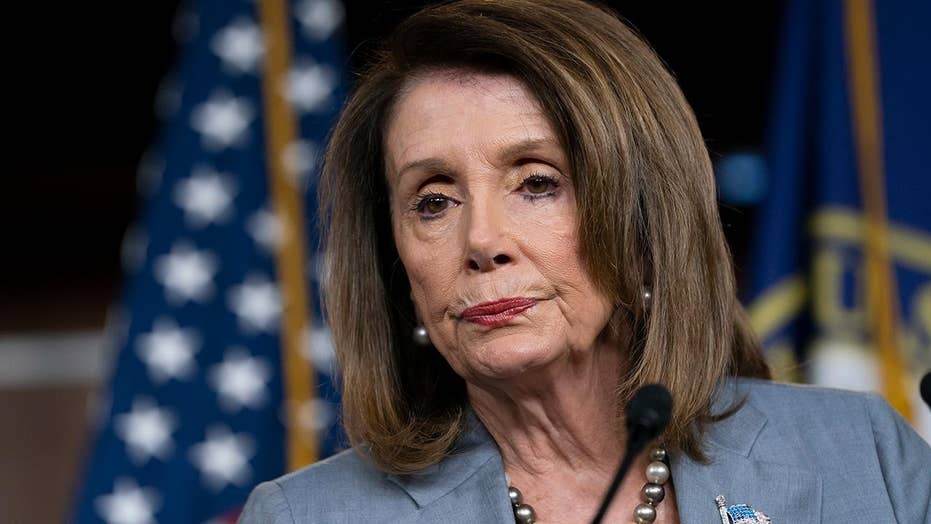 Democrat lawmakers are growing more vocal on impeachment proceedings against the president after Special Counsel Robert Mueller's statement on the conclusion of the Russia probe; Mike Emanuel reports.

Robert Mueller’s surprise appearance Wednesday did little to alter the substance of the debate over election interference but it did roil a simmering political cauldron. Although the former special counsel popped up during a sleepy, holiday-shortened week in Washington, the ramifications extend long and well beyond.

As the most visible leaders of a Democratic Party hellbent on ousting President Trump by any means necessary – including impeachment –  House Speaker Nancy Pelosi and former Vice President Joe Biden felt the immediate aftershocks.

Both Pelosi and Biden have wisely handled the hot potato of impeachment with caution. As denizens of D.C. with a combined nearly 80 years in the Beltway, they have been through many a political fight. They know the perils of blundering headfirst into unwinnable battles. They were around during the 1990s for the failed GOP impeachment effort to end President Clinton. They watched it blow up in Republicans’ faces – and imperiled their congressional majority.

COLIN REED: ELIZABETH WARREN’S 2020 CAMPAIGN IS LOOKING UP AFTER A ROCKY START – BUT IS SHE IN IT TO WIN IT?

It was no surprise that both held their course after Wednesday's news and continued pumping the brakes on the i-word.

If you’re Biden, owner of a commanding lead in both primary and general election polls, you know the easiest path to regaining power is through the ballot box next November. Critics on his left and his Democratic opponents may think otherwise but Biden presumably wouldn’t have entered a race he didn’t think was possible. A nasty and prolonged impeachment battle knocks him off his current trajectory, which one month into his candidacy, has exceeded all expectations.

If you’re Pelosi, whose political acumen is acknowledged by even her harshest critics in their quieter moments, you know you owe your gavel to the 31 purple districts that rejected Republican members of the House last year in favor of middle-of-the-road Democratic alternatives.

There’s no downside to beating the impeachment drum in Queens or Silicon Valley where the only threat to your congressional seat looms over your left shoulder in a primary. It’s a different calculus in the I-4 corridor of Florida or the farms of Virginia or the Orange County suburbs of California that once were the stomping ground of Ronald Reagan. These Democrats ended generations of GOP dominance last November running as a check on Trump – not as a supporter of Pelosi.

It’s been a decade since the summer of 2009 when Pelosi allowed an ill-advised vote on cap-and-trade that forced her vulnerable members to take a tough vote that cost many of them their jobs. Impeachment could have a similar effect, and once again cut Pelosi’s speakership short.

Ironically, the greatest threats to both Biden and Pelosi come not from the Republicans but from their own party. Several top-flight members of the 2020 wannabes used Wednesday as their ticket to board the impeachment train. No longer is  Sen. Elizabeth Warren, D-Mass., a lonely voice in the wilderness beating the impeachment drum. She has company from fellow Senators, Kamala Harris, D-Calif., Cory Booker, D-N.J., Kirsten Gillibrand, D-N.Y., as well as Mayor Pete Buttigieg and former Texas Rep. Beto O’Rourke, among others. That list stands poised to grow, especially as next month’s first primary debate approaches, and candidates’ desperate to separate from the pack increases.

Biden used a written statement issued by a spokesperson as his only public comment Wednesday. For a candidate already under fire for a lackadaisical campaign schedule, that position is untenable. It’s 2019 and voters consume their news through video, not writing. Expect Biden to be pressed to go further on the campaign hustings and especially at Miami’s debate.

While Pelosi’s hold on her caucus has been impressive, it could crumble quickly. The list of her pro-impeachment members stands close to 40. That number could jump any moment, especially if one of the more vocal members of the media-savvy freshman class decides to light a match. Many members of the new Congress made promises to take down Trump. If they decide it’s time to fulfill that pledge, Pelosi’s headaches will grow.

The temperature has been rising in Washington this week, both literally and politically. Nancy Pelosi and Joe Biden can’t prevent the summer humidity from setting in, but they are keeping a check on the heat around impeachment – at least for now.