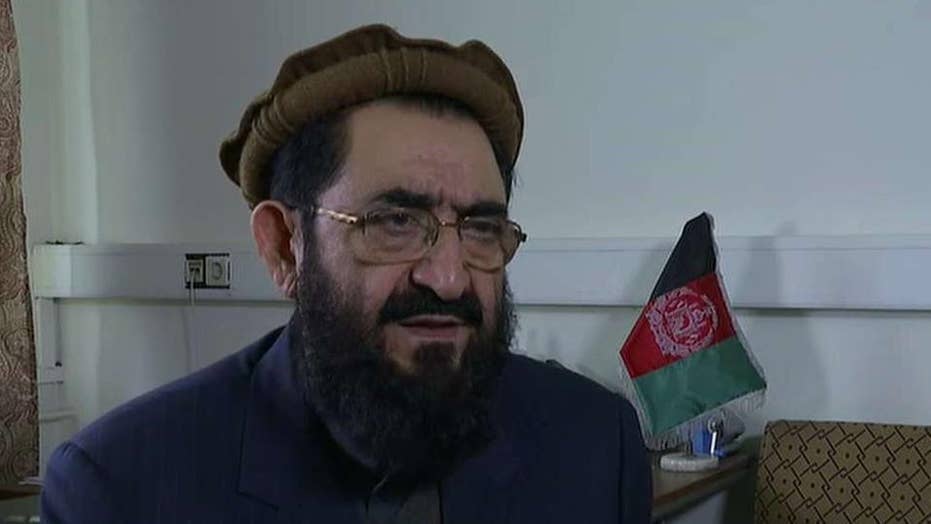 Representatives from the Taliban are set to meet with Afghan delegates as the Taliban seek to soften their image; Steve Harrigan reports from Kabul.

I have tremendous sympathy for Ambassador Zalmay Khalilzad, the U.S. special envoy charged with negotiating a deal with the Taliban to bring peace to Afghanistan after decades of continuous conflict.

How do you negotiate with people who provided material and spiritual support to a terrorist group that conducted the worst attack on U.S. soil in history and slaughtered close to 3,000 innocent civilians; who believe that women are inferior beings not worthy of even learning to read and write; who show no compunction about blowing up children on their way to school; who are responsible for and benefit from Afghanistan’s ignoble status as the world’s top producer of heroine; who have killed and wounded so many young American men and women in uniform?

How do you do it?

You swallow hard, grit your teeth, and apply every ounce of determination, patience and diplomacy you can muster for what will no doubt be a tough ride on the way to an agreement that will enable U.S. troops to come home after 18 long years.

Any such agreement must be real and substantive, not just a cover for a rapid withdrawal.  It must be conditioned on the Taliban renouncing violence and terrorism, recognizing the Afghan constitution and its guarantees of human rights, and negotiating directly with the Afghan government for a role in the country’s political system.

These red lines are fundamental and Ambassador Khalilzad must be willing and able to walk away if the Taliban refuses to accept them.

The Taliban will not go down that path eagerly. They have shown time and time again that they are loathe to give up their dream of a state founded upon their extreme interpretation of Islam, which cannot abide the concept of women being educated or people freely choosing their leaders.

While their rhetoric may sound more moderate, my Afghan friends tell me that the Taliban’s statements in Pashto differ widely from those in English and continue to assume Taliban control of the government with perhaps marginal roles for others.

This is a far cry from the pragmatism and good faith the Taliban must demonstrate if it wants a genuine, inclusive, and durable political settlement.

Convincing the Taliban to negotiate directly with the Afghan government will therefore require continued American military presence and support in the near term. Taliban demands for an unconditional U.S. departure are a non-starter.

Once all Afghans agree on a way forward, U.S. and international military support must continue to be available as a guarantee that the Taliban will abide by its commitments and become a real partner for peace who respects the will and the rights of the Afghan people.

We hear much concern over the length of the war, the supposed ineffectiveness of our efforts to help Afghanistan develop politically and economically, and the war’s enormous cost in American blood and treasure.

The reality, however, is that the U.S. objective of preventing Afghanistan from being a haven for terrorists threatening the U.S. or our allies has been achieved. The challenge for Ambassador Khalilzad is to negotiate a deal that ensures this outcome as the U.S. military presence on the ground in Afghanistan shrinks.

Yes, this war has gone on a long time. My own family knows this too well: my daughter and I both served in Afghanistan several years apart, in addition to our three tours in Iraq.

Yes, this war has gone on a long time.  My own family knows too well: my daughter and I both served in Afghanistan several years apart, in addition to our three tours in Iraq.

We have both seen the hardship, the blood, and the sacrifice with our own eyes and experienced the conflict’s impact on our men and women in uniform first-hand.

We understand and accept that changing the course of Afghanistan has required enormous resources and much more time than we had hoped. But we have also seen how American military and diplomatic power can limit the reach and influence of extremism and offer hope to a people crying for a better life. We are proud to have been part of that noble effort.

I shudder to think what this world might look like if we walk away without setting realistic conditions for a positive future. The men and women who gave their lives there would never forgive us for such a failure -- and neither would our children and grandchildren.

Retired Col. Jim Bullion was Director of the Department of Defense Task Force for Business and Security Operations in Afghanistan and is a fellow at the American College of National Security Leaders.