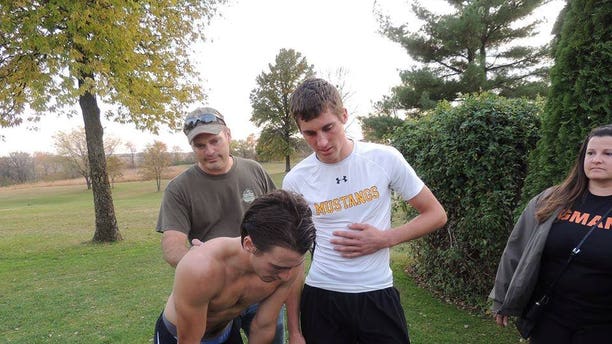 The cross country runner sprinted across the finish line on October 22 and into the record books as the Davis County High School’s first district champion.

As Zach exchanged high-fives with his coach he turned around and saw one of his rivals struggling to finish the race.

The Iowa High School Athletic Association may take away Zach’s victory, but they won’t be able to take away his courage.

“This guy was about 20 meters from the finish line and he looked awful,” Zach told me. “His face was turning white and he was holding his chest. He looked like he was going to fall.”

The 17-year-old shouted for other runners to lend the young man a hand but no one did. 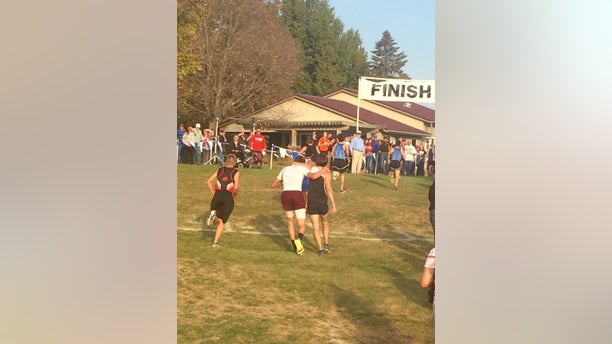 So without giving it a moment’s thought, Zach stopped celebrating and rushed to the side of the struggling runner.

“I didn’t know who he was,” he said. “I didn’t even know what school he was from. I just stepped in and helped him. I didn’t want him to fall.”

The young man was Garret Hinson, from Mediapolis.

“I was amazed that someone that’d just won the race would come back and help somebody like he did,” Hinson told ABC News. “I never expected something like that to happen to me.”

Zach put his arm around Garret and walked with him for about 15 meters and as they neared the finish line he stepped aside so his rival could complete the race.

So why did he do it?

“Well, I didn’t want him to fall,” Zach said. “I couldn’t stand seeing him like that. I felt that someone should help him – so I pictured myself in his shoes.”

However, Zach’s good deed came with a price – a steep price.

“If a competitor receives or gives assistance, that competitor is disqualified from the event,” he said.

So Zach was stripped of his first-place championship.

“It was very disappointing,” he told me. “I did a lot of work during the summer. All that work for nothing.”

The community was outraged and urged the IHSAA to reverse its decision – but they refused to do so. Rules are rules, they said.

Nevertheless Zach said if he could do it all over again, he would – because he believes he did the right thing.

The Iowa High School Athletic Association may take away Zach’s victory, but they won’t be able to take away his courage.

A teenager from the Heartland just proved that sometimes you don’t have to finish first to be a winner.