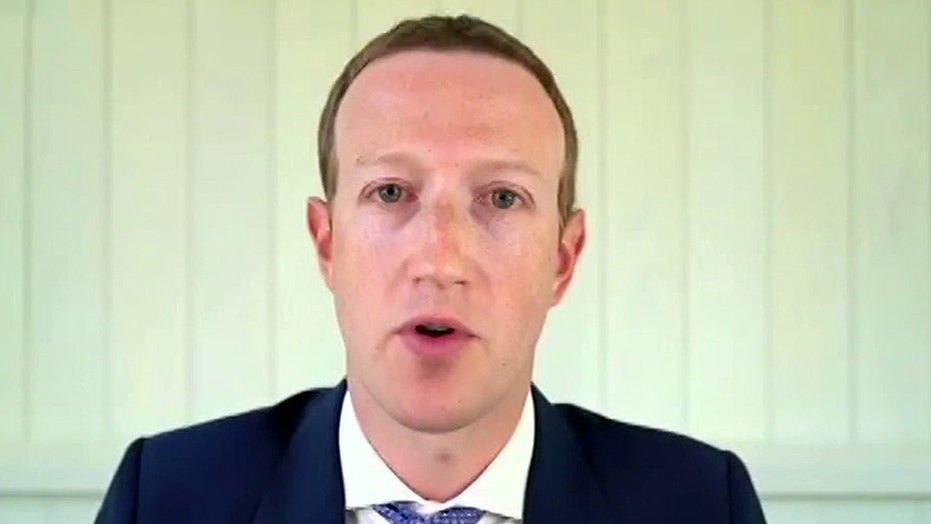 Griff Jenkins reports from Washington, D.C. with a recap of the hearing with the CEOs of Facebook, Google, Apple and Amazon.

Monopolistic companies such as Facebook, Twitter, Google, Apple and others have become far too powerful. They thwart competition and abuse their power, whether it's by failing to protect users' privacy and data or by controlling one of our most basic freedom — free speech —  in hopes of influencing, if not, swaying elections.

These actions warrant congressional intervention, especially given Silicon Valley's well-known political bias against conservatives — including the president of the United States of America. President Trump's tweets are routinely "fact-checked" and censored, for example, while his political opponents are not.

This rigged system has far-reaching consequences that, among other things, shape public opinion and culture and taint America's standing in the world, while diminishing our collective rights.

Take Apple. If you ask Siri what "demon" means, she says "an evil spirit or devil, especially one thought to possess a person or act as a tormentor in hell." The second definition Siri offers is "a cruel, evil, or destructive person or thing." Now, brace yourself for Siri's third definition: a police officer.

This prompted a terse response from House Republican Leader Kevin McCarthy of California, who tweeted Thursday: "Big Tech Bias in America is real — and it's disgusting. Apple's Siri defines 'demon' as 'a police officer.’ Go ahead and try it. Apple needs to answer for why they're instigating this kind of hate in America."

ndeed. Especially when you consider that as of April 2017 there were 728 million iPhones in use worldwide, according to Statista, including at least 100 million users in the U.S.

The far-left radicals at Apple Inc. are indoctrinating users to believe law enforcement officers are demons. This not only maligns police officers' character, including black cops and other minorities in uniform, but also puts cops lives at risk given today's extremely volatile political climate.

Then there's Twitter silencing conservatives en masse. This week, the social network censored tweets by the president and his son Donald Trump Jr. for sharing a viral video of doctors speaking about the purported benefits of hydroxychloroquine, a controversial medicine that some experts claim helps COVID-19 patients.

Nonetheless, the overlords at Twitter still censored the tweets.

But that's not all. Google, Facebook and Twitter have also been censoring the right-leaning news site Breitbart, according to its news editor-in-chief, Alex Marlow.

This week, Marlow told Tucker Carlson on his Fox News program that Breitbart's Google search traffic is down over 99 percent since May. "If you want to search for Joe Biden or Biden, the chances of you getting a Breitbart article are virtually zero," Marlow told Carlson.

Conservative voices are being silenced across the spectrum leading up to the November election, while those on the left continue to get full access to voters.

This corrupt system cannot stand in a democracy. Congress must act.