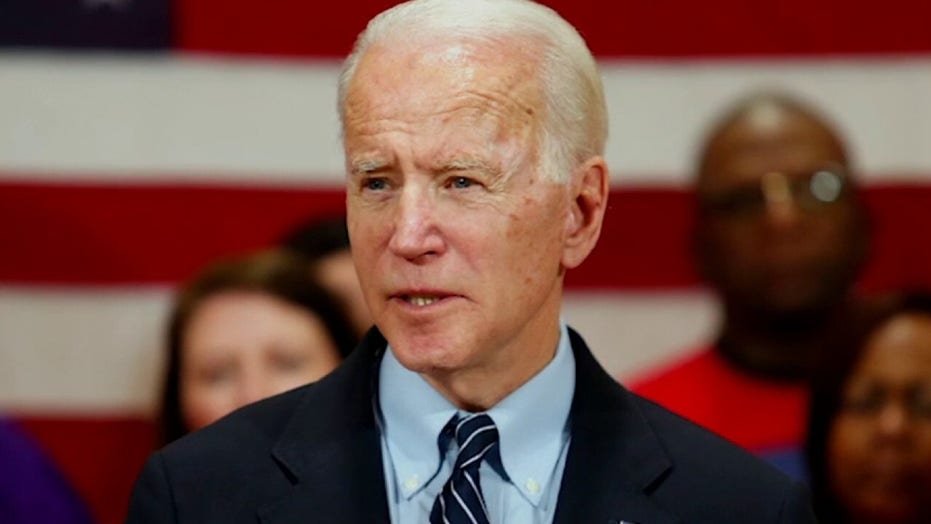 The New York Times publishes one of the accusations the day it is made but waits nearly three weeks to print the other. Can you guess which is which? Would it help to know that one of the men is a prominent conservative judge nominated to the Supreme Court, and the other is the presumptive Democrat nominee for president?

When Julie Swetnick, Michael Avenatti’s client, publicly accused Brett Kavanaugh of sexual assault, I was in my office at the U.S. Senate late on Sunday evening (my 41st birthday) preparing for Dr. Christine Blasey Ford’s scheduled testimony four days later to the Senate Judiciary Committee about her own allegations of sexual assault by Kavanaugh.

I was not surprised that the Times ran a story that night on Swetnick’s allegation, even though it required the extraordinary caveat that “none of Ms. Swetnick’s claims could be independently corroborated.” The existence of a new accusation against Kavanaugh was plainly newsworthy and might matter to senators as they considered Ford’s testimony.

But fast forward a year and a half to March 25 of this year, when Tara Reade accused Joe Biden of sexually assaulting her in 1993, when she was his young Senate aide and he was the powerful chairman of the Senate Judiciary Committee. Nearly three weeks went by before the Times first wrote about Reade’s accusation, on April 12.

The next day, the Times published on its website a remarkable interview of its own executive editor, Dean Baquet, defending the handling of this story. “Why was Kavanaugh treated differently?” Because “Kavanaugh was already in the public forum in a large way.”

The problem with this explanation is that the New York Times practically is “the public forum,” or at least a major gatekeeper for it. Perhaps it is true, as Baquet explained, that “the average person in America ... didn’t know about the Tara Reade case,” but the New York Times has immense influence over what information gets through to the average American.

Baquet’s comments are revealing in other ways, too. He says that when Reade told her story, “it wasn’t like we were in a heated race with the clock ticking,” and so “the main obligation was to get a really sensitive story as close to right as we could.” Baquet acknowledges that “lots of people covered” Reade’s allegations “as breaking news at the time,” but few were “actually doing the reporting to help people figure out what to make of it.”

It is surprising, to say the least, that the Times would edit an article after publication in response to a concern expressed by a political campaign, and would do so without explanation.

Each of these statements applied just as well to Swetnick’s allegations against Kavanaugh. Swetnick’s was “a really sensitive story” that many outlets (including the Times) published immediately as breaking news.” The “short, straightforward news story” that the Times did publish about Swetnick did not “help the reader understand.” And a confirmation vote was still weeks away, so we weren’t “in a heated race with the clock ticking.”

Actually, the clock was ticking for Biden, because when Reade made her accusation public the former vice president still had a rival for the Democrat nomination. In the nearly three weeks that the Times sat on the story, two states held primary elections (awarding Biden 76 more delegates to the Democratic National Convention), and Sen. Bernie Sanders, I-Vt., dropped out of the race. It is impossible to know whether anything would have changed if the Times had treated Reade’s allegation with the urgency it accorded Swetnick’s.

First, from the moment she made it public, Reade’s allegation was more credible and more corroborated than Swetnick’s, if for no other reason than that it was a verifiable fact that Reade had worked for Biden. On the other hand, among the many reasons for skepticism toward Swetnick’s story, there is still no real evidence that Swetnick ever actually met Kavanaugh.

What many suspected, Baquet has now confirmed: that edit was made at the behest of the Biden campaign, which “thought that the phrasing was awkward and made it look like there were other instances in which he had been accused of sexual misconduct.” And the Times declined to be transparent about the edit because “[w]e didn’t think it was a factual mistake,” but rather “an awkward phrasing issue.”

It is surprising, to say the least, that the Times would edit an article after publication in response to a concern expressed by a political campaign, and would do so without explanation.

President Trump likes to call this newspaper “the failing New York Times.” The handling of this story has shown that the label is justified in at least one sense: the Times is failing to live up to its vaunted reputation as America’s newspaper of record, a source of objective truth and partisan neutrality. The failure is more lamentable because America has never needed the Times to live up to its promise more than we do now.

Or as Baquet put it, when asked if he is “reluctant to promote a story that would hurt Joe Biden and get Donald Trump re-elected”: “I think once you start making those kinds of calculations, you are not a journalist anymore. You’re some sort of political actor.” At least we can agree on that much.