SUNY Albany alumnus Matthew Noyes says this decision would be 'inherently unfair' for former students who were forced to pay off student loans.

The United States is facing an unprecedented student debt crisis. There is currently more than $1.6 trillion in outstanding student loan debt, held by more than 45 million borrowers, and outstanding loan debt is expected to reach $2 trillion by the start of 2024.

To address this growing problem, President Biden has called for a number of important reforms to student lending, all of which would cause substantial harm to some families in order to benefit others.

Although Biden’s plan includes numerous alterations to the current system, the primary parts of his proposal involve forgiving $10,000 of student loan debt, making public colleges tuition-free for families with a household income below $125,000, reducing the amount student federal loan borrowers must make in monthly payments to 5% of disposable income, and making it easier than ever to have student loan debt "canceled."

It is undeniably true that each of these policy reforms would provide benefits to some families, but these proposals also come with substantial costs.

For example, eliminating public-college tuition for families with a household income below $125,000 would undeniably help millions of borrowers, but it would also harm millions of others, including the more than 3.3 million students who attend private colleges.

The average cost of attending a private four-year higher-educational institution during the 2017-18 school year was more than $43,000. How will many of these students be able to compete in the job market with their public-college counterparts if many of those students are empowered to graduate with no debt?

Under Biden’s plan, many tax-paying graduates of private schools – as well as tens of millions of students who have already graduated from college – would be required to pay the tuition bills of the people they have to compete with in the job market.

Even worse, millions of young people never attend college at all, and yet they or their families would be forced under Biden’s plan to cover tuition costs for others.

Further, under Biden’s proposal, many families with lower incomes would be required to subsidize the tuition costs amassed by students from families with greater amounts of wealth. Where is the equity or fairness in that?

You might be tempted to think that if Biden’s plan were to become law, millions more students would simply go to public colleges to take advantage of the Biden plan’s tuition giveaway, but the fact is, there simply are nowhere near enough public-college slots available to cater to every student in the country. And in many places in America, the quality of public schools is significantly lower than nearby private colleges.

Further, why should students seeking to attend private religious, trade or art schools be punished for having interests that cannot be satisfied by government-run colleges?

It is also important to remember that in much of the country, families who earn more than $125,000 are absolutely not wealthy. In many high-cost, high-tax regions, families at that income level are living paycheck to paycheck. Yet, under Biden’s plan, they would be required to subsidize the tuition costs incurred by other families.

No matter how you slice it, millions of middle-income Americans are going to lose under Biden’s plan.

In response to these concerns, the Biden administration would almost certainly point to its plan to reduce monthly payments for borrowers enrolled in an income-based repayment plan as proof of its commitment to help students who could not take advantage of Biden’s tuition-free proposal.

Under Biden’s plan, payments for students enrolled in income-based repayment plans would only need to pay 5% of their disposable income each month, regardless of how much debt they have. (Currently, most students pay about 10%.) After 20 years of making payments, which could be as low as $0, the remaining debt balance would be "canceled" by the federal government, and borrowers would not need to pay any penalties or taxes for failing to pay back their full loan amount.

While these reduced payments might help some student loan borrowers, it would not assist those who choose to avoid going to college, and it would fail to alleviate the full cost of higher tuition rates for millions of families. 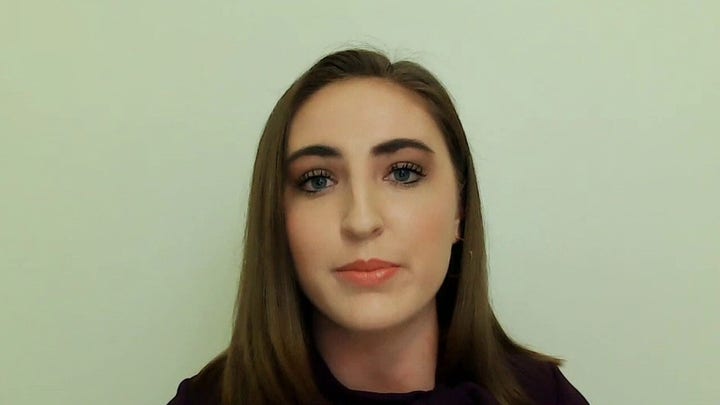 Under federal law, many dependent undergraduate students can only borrow an aggregate maximum of $31,000 over their four years in college. Parents are typically expected to pick up the tab for the remainder, and those parents are not eligible for most income-based repayment plans and loan forgiveness schemes.

That means as tuition costs increase as a result these policies – which encourage student borrowers to spend more money on tuition and provide no incentives to reduce education spending – many parents are going to end up spending increasingly more of their hard-earned money so that their children can attend college. Sure, college graduates’ monthly bills might be lower, but their parents, many of whom are middle-income earners, will end up paying more.

And don’t forget about the total cost to the taxpayers of these and Biden’s other higher-education proposals – much more than $1.38 trillion over 10 years. Middle-class taxpayers are going to have to foot much of that bill, either through higher taxes, inflation caused by government’s money printing, or through higher prices passed on by businesses facing greater tax burdens.

No matter how you slice it, millions of middle-income Americans are going to lose under Biden’s plan, and many lower-income workers will be worse off as well, depending on the enrollment availability in public colleges and the policies implemented to pay for the costs of Biden’s expensive plan.

The only long-term fix to the student debt crisis is to make college truly more affordable for everyone. Unfortunately, Biden’s plan would not do that. Some would surely be better off under his proposal, but only at the expense of many others, including countless working-class and impoverished families.