Former secretary of state questions why Dr. Fauci has given the Chinese Communist Party the 'benefit of the doubt' on 'Hannity'

It will be decades before we know the true cost of the coronavirus pandemic. The virus killed millions across the globe, forced countless small businesses closed, and made billions of people prisoners in their homes. But the impact on our children and long-term health effects won’t be known for some time.

No effort should be spared to understand COVID-19’s origins. We cannot ignore common-sense possibilities just because they’re inconvenient for one political party or one nation.

It was never "conspiratorial" to suggest that the first human infection of the coronavirus could have resulted from a laboratory accident.

It doesn’t take an overactive imagination to grasp human infallibility, or to wonder why a coronavirus pandemic might first break out in exactly the same city that hosted a laboratory specifically studying this class of viruses.

Some scientists were cautious to remain open to a range of possibilities, but others, like Dr. Anthony Fauci, director of the National Institute of Allergy and Infectious Diseases, dismissed the idea that the virus could have come from a lab. It was a massive failure in judgment for a prominent public health official -- though in retrospect unsurprising, given his history of holding back the truth based on personal judgments about when he thinks the American people are "ready" to hear the facts. 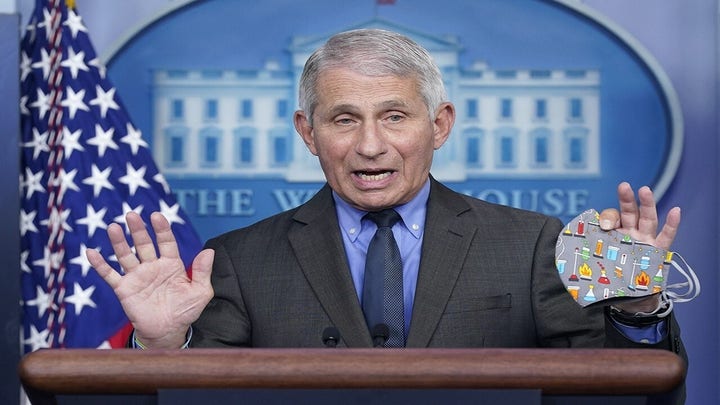 In most science-based jobs, that would be a fireable offense, but Fauci ran free without any accountability. Meanwhile, some of his peers who sought to raise questions about the possibility of a lab leak were silenced.

When asked recently why he had dismissed the lab leak hypothesis given what we knew about the Wuhan Institute of Virology (WIV), Fauci replied, "I didn’t dismiss anything."

That’s an outright lie. In a May 2020 interview, with National Geographic he scoffed at the suggestion that "scientists found the virus outside the lab, brought it back, and then it escaped," adding that "[the virus] was in the wild to begin with. That's why I don't get what they're talking about [and] why I don't spend a lot of time going in on this circular argument."

But no one knows whether this coronavirus, which scientists call SARS-CoV-2, was even "in the wild to begin with." Fauci cites "historical experience," but no one has found bats hosting this virus or its direct progenitor. 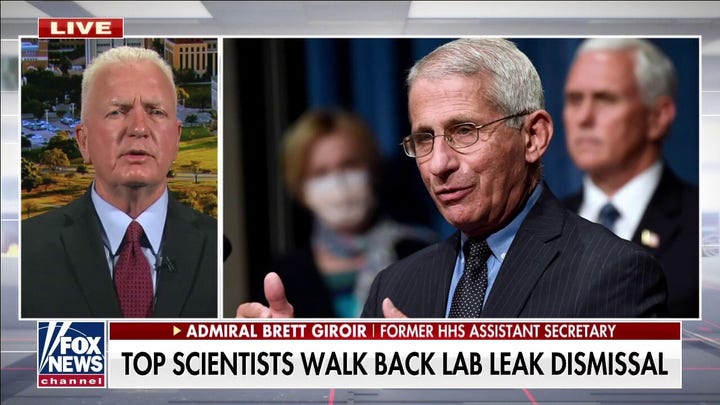 The lab leak argument is not "circular," and it presents a plausible answer to a puzzling question: If this virus came from bats, how did bats living in Yunnan more than 1,100 miles away manage to infect humans in Wuhan?

The initial explanation, the wet market, has not panned out. Bats were not sold there, and no animal intermediary was found. Even Beijing has said the market was not the spillover site. Fauci’s two main precedents, SARS-CoV-1 and MERS, did not suffer from this problem, nor was a nearby lab working on coronaviruses at the time of those outbreaks.

WIV researchers traveled to Yunnan many times to study bat coronaviruses.  It is only reasonable to ask whether they transported bats, or samples from bats, back to Wuhan and accidentally infected themselves.

WIV researchers identified the closest known relative of SARS-CoV-2, a bat virus called RaTG13, which they sampled from a mineshaft in Yunnan. They were reportedly studying it for years before the pandemic, but did not publish any findings.

What if they also conducted unpublished research on SARS-CoV-2? How do we know that the difference between the genomic structures of these two viruses, roughly four percent, was not generated by gain-of-function research at the WIV?

Such a possibility offers potential reasons for why unelected bureaucrats in our scientific establishment immediately worked to discredit the lab leak explanation.

Dr. Fauci has now infamously denied that the National Institutes of Health (NIH) funded gain-of-function research at the WIV, but that was a lie by omission. In 2015, researchers at the University of North Carolina Chapel Hill and the WIV teamed up to conduct a gain-of-function study funded largely by U.S. taxpayers. Only the Americans were funded by NIH, but the WIV received a sub-grant from USAID.

Flush with American funding, what exactly did they do? The Chinese researchers inserted a key genetic component of a bat coronavirus called a spike protein into the backbone of an artificial mouse version of SARS-CoV-1. The result was a pathogen found nowhere in nature, one that could "cause robust infection" in human cells. The WIV provided the spike protein sequences for this chimeric creation. The spike protein of SARS-CoV-2 is also what makes that virus so infectious to humans.

Fauci is exploiting his position in government -- and his ill-deserved positive reputation in the liberal media -- to willfully misrepresent what is meant by a lab leak, conflating it with a biological weapons program (which is just one possible motive for gain-of-function research in Wuhan). That, or he's showing his age.

Our work to shed light on COVID-19’s origins has just begun, but one thing is clear: Dr. Anthony Fauci has repeatedly demonstrated a history of moving goal-posts when it comes to public health, withholding facts that don’t conform with his own narrative, and issuing inappropriate personal judgments that distort the truth.

During the campaign, Biden said, "I'll choose science over fiction."

Now is his chance to make good on that promise and fire Dr. Fauci.