Major General Michael McGuire argues on ‘Fox and Friends’ that President Biden’s open border policies could be a ‘complete disaster.’

On his first day in the Oval Office, President Biden signed a record 17 executive orders, many of them voiding commonsense policies enacted during the Trump administration.

One of the worst – and most dangerous – was his "Revision of Civil Immigration Enforcement Policies and Priorities." A more apt title would be "Providing Sanctuary for Criminal Aliens."

Biden’s short order revoked President Trump’s 2017 executive order on interior immigration enforcement. It’s not enough, apparently, to refrain from removing illegal aliens who commit crimes after they break into the country – the new president wants states and cities to provide such aliens sanctuary. Worse, it seems, he wants to hide their offenses and ignore their victims.

The vast majority of illegal aliens (a forbidden term, according to the guidance – they must be called "non-citizens") will now be given a free pass.

To appreciate the contrast, consider the four main facets of Trump’s executive order, which was designed to enhance immigration enforcement and ensure public safety.

First, the order made it a top priority for the Department of Homeland Security to concentrate on removing aliens who had been convicted of criminal offenses or who posed "a risk to public safety or national security." With Biden’s cancellation of Trump’s executive order and the new guidance, removing dangerous criminal aliens is apparently no longer a priority.

The top priority in the new guidance is limited only to those engaged in, or suspected of, terrorism and espionage – but even then, only if they are presumed to be a threat to "national security." The third priority, criminal illegal aliens, can be removed only if they have been convicted of "aggravated felonies," as opposed to felonies the administration evidently considers more ordinary.

Even with a conviction for an "aggravated felony," only those felons determined to be a "threat to public safety" can be removed. To make that determination – which was already made by the judges and juries who convicted the illegal aliens – immigration officials are directed to "consider the extensiveness, seriousness and recency of the criminal activity" and must also consider "mitigating factors" such as "personal and family circumstances," and "health and medical factors."

So, it seems, a murderer, rapist, or major drug dealer who has health problems and committed his aggravated felonies years ago will be eligible to stay in the U.S.

There is nothing noble or virtuous in such sanctuary policies. It is hard to understand how such jurisdictions could possibly believe it is better to release criminals back into their communities so they can commit even more crimes, instead of letting the federal government remove them from the country.

These reckless sanctuary policies not only endanger and victimize the public, they endanger the lives of federal agents. Jurisdictions adopting these policies refuse to allow agents into jails and courthouses to pick up and detain criminal aliens who’ve been arrested for local crimes – where the agents know the aliens are not armed.

Sanctuary jurisdictions significantly increase the risk that hardworking federal agents may be injured or killed when those agents carry out their professional duties.

Instead, sanctuary jurisdictions significantly increase the risk that hardworking federal agents may be injured or killed when those agents carry out their professional duties and are forced to go after these aliens outside those controlled settings. Additionally, it requires more agents to find fugitive illegal aliens than it does to simply pick them up in the controlled setting of a local jail.

This threat to the safety of federal agents is aggravated by the fact that the new radical guidance forbids agents from picking up and detaining other illegal aliens they may find when they are actually given permission to go after someone that fits the Biden administration’s priority criteria such as a terrorist or an aggravated felon. Agents will have to get pre-approval before they can apprehend any illegal alien who isn’t on this priority list – making effective field operations, which are always filled with unexpected conditions and unexpected encounters, next to impossible and even more dangerous than they already are. 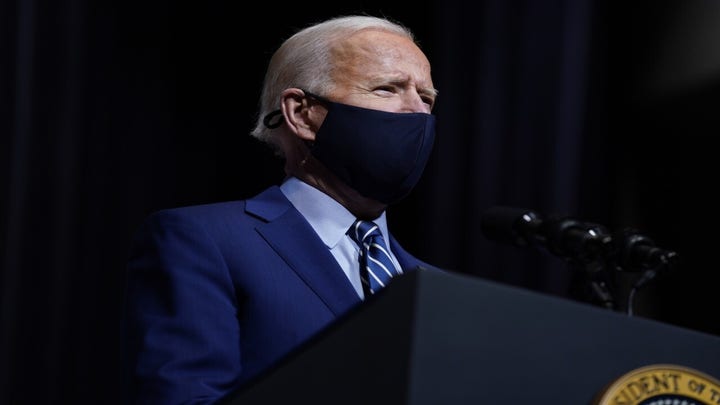 Biden also, it seems, doesn’t believe in transparency when it comes to his immigration policy and its effect on the public and our communities. The third requirement in Trump’s executive order – now terminated by Biden – was a requirement that the Department of Homeland Security periodically provide reports on the crimes committed by illegal aliens. These reports included the crimes they committed in sanctuary jurisdictions like Washington and Oregon after they were released by local law enforcement in order to avoid complying with detainer requests by the Department of Homeland Security.

An example of the type of vital information provided by Trump’s executive order – information now shielded by Biden – is the "Alien Incarceration Report" published for the first quarter of 2018. It reported on over 57,000 known and suspected aliens in federal and state custody. Of the criminal aliens being held by federal prison officials, 46% had committed serious drug offenses, including smuggling and trafficking large amounts of dangerous drugs into the U.S. Others had been convicted of everything from fraud to murder-for-hire, kidnapping, racketeering and sex offenses, including rape and distribution of child pornography.

The 2018 report also summarized in stark, shocking detail the major crimes committed by specific criminals, like Anibel Rondolpho Rodriguez, an illegal alien from Honduras and a member of MS-13. He was convicted on numerous charges, including racketeering, conspiracy to commit two murders, and two attempted murders.

And what about the illegal aliens that sanctuary safe havens like Maryland refuse to turn over to the federal government? The 2018 report gives as an example Miguel Angel Lopez-Abrego, another MS-13 member illegally in the U.S. Lopez-Abrego, along with other members of his gang, lured a man into a park in Wheaton, Md., and – after stabbing him more than 100 times – decapitated him and cut out his heart. 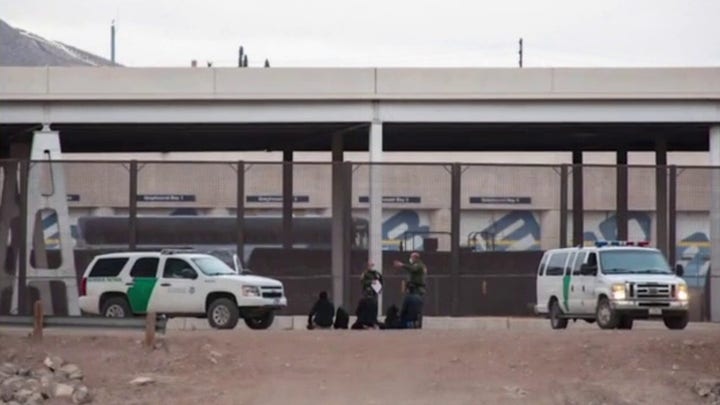 In June 2019, in another example of the type of important information publicized due to Trump’s order, DHS distributed information on criminal aliens who had been released by local law enforcement in Oregon and Washington, ignoring detainer requests by federal authorities. That included Rosalio Ramos-Ramos, a Honduran with multiple prior criminal convictions who was lodged in a city jail in Washington. He was released, despite an ICE detainer, and remained free until he was arrested again, this time accused of murder.

Illegal alien Jorge Luis Romero-Arriaga was being held in jail on child rape charges. Read that again – slowly – child rape. Astonishingly, rather than hand him over to ICE agents, Washington authorities released him. He wound up behind bars again, convicted on multiple assault charges. Only then was Romero-Arriaga finally deported.

The wife of Christian Octavio Parra would be alive today except for Washington state’s irresponsible sanctuary policy. Octavio Parra was being held in a county jail, but local authorities refused to honor an ICE detainer warrant by notifying ICE when they released him. He went home and shot and killed his estranged wife before committing suicide.

None of these crimes would have occurred if these illegal aliens had been handed over to DHS so they could be removed from the country. With the Biden administration’s endorsement of sanctuary policies, these kinds of avoidable tragedies will constantly reoccur.

Finally, Trump’s executive order created a new office at DHS to "provide proactive, timely, adequate and professional services" to the victims of crimes committed by illegal aliens, and their families. Biden’s order dissolved the authority for the continuation of this office, thus people who are victimized by illegal aliens are now on their own.

In President Biden’s order, he claimed "the policy of my administration is to protect national and border security, address the humanitarian challenges at the southern border, and ensure public health and safety."

With the complete revocation of Trump’s order and the issuance of new guidelines that will force federal agents to stand down from enforcing the law, Biden is doing the exact opposite of his alleged policy, particularly when it comes to protecting "public health and safety." The only "health and safety" he seems to want to protect is that of dangerous, criminal aliens who prey on Americans.

Whether or not you were a fan of President Trump’s "America First" approach to immigration and public safety, are we really better off with President Biden’s "America Last" approach?

Ken Cuccinelli, a visiting fellow at The Heritage Foundation, is the former acting deputy secretary of the U.S. Department of Homeland Security.