American communities are being overrun by a historic border crisis that is a direct result of poor but intentional policy decisions by the Biden administration. And what is the president’s message to the American people that have been impacted by this security and humanitarian crisis? There are "more important" things going on than visiting the border.

Such a statement defies belief and the facts – we are currently witnessing a record number of unaccompanied alien children (UACs) trafficked over the border, migrant women physically, emotionally and sexually assaulted along the way, and hundreds of thousands of known illegal alien "gotaways" flooding into American communities. A token visit to the southern border won’t solve the crisis, but the president’s dismissive response reveals that the Biden administration is unconcerned with the carnage and lawlessness that are unfolding.

Reversing this devastating crisis will require tough decisions regarding the enforcement of immigration law. Instead, some in Congress are pushing for legislation in the lame duck session of Congress to provide amnesty for so-called "Dreamers" — illegal aliens who claim to have arrived in the U.S. as minors. Promoting amnesty for 2–3 million "young" illegal aliens, which goes far beyond the roughly 650,000 illegal aliens with Deferred Action for Childhood Arrivals (DACA), will fuel further waves of trafficked UACs.

The reported immigration compromise being hammered out behind closed doors is a gross misalignment of priorities compared to what the American people want. It is irresponsible and should be soundly rejected.

Immigration is at the top of the ticket this November as a record number of illegal immigrants continue to cross the border.   (John Moore/Getty Images)

According to reports, several senators want to pair large-scale amnesty with funding for more Border Patrol agents, bonuses for the agents, a one-year extension of Title 42, and supposedly quicker processing of asylum claims. Having direct responsibility for managing multiple border crises, I can tell you this approach will not fix the crisis. Instead, this approach is a continuation of the Biden administration’s two-year failure simply to manage the crisis rather than trying to solve it. And the results will be the same.

Throwing money at the problem will not secure the border. It will just convert it into a Congress-funded border crisis. And while the overworked and disrespected Border Patrol agents deserve a raise, Biden administration policies will continue to hamper their ability to execute their law enforcement responsibilities. While faster adjudication of asylum claims may sound appealing, in practice, it will have the opposite effect and will result in more economic migrants who are ineligible for asylum being released into the country. Does anyone really believe the Biden administration will ramp up deportations after two years of record-low removals?

The Biden administration and its allies in Congress have poisoned the well on amnesty by not securing the border first. No rational person would advocate for amnesty during a border crisis that has seen an unprecedented number of UACs trafficked across the border with no plan in place to secure the border today, tomorrow, or ever in the future.

We should not lose sight of the current unaccompanied alien children crisis. During the Biden administration, more than 292,000 UACs have been trafficked across the border and released into American communities. Promoting amnesty while this crisis unfolds is the equivalent of throwing gasoline on an already raging fire. 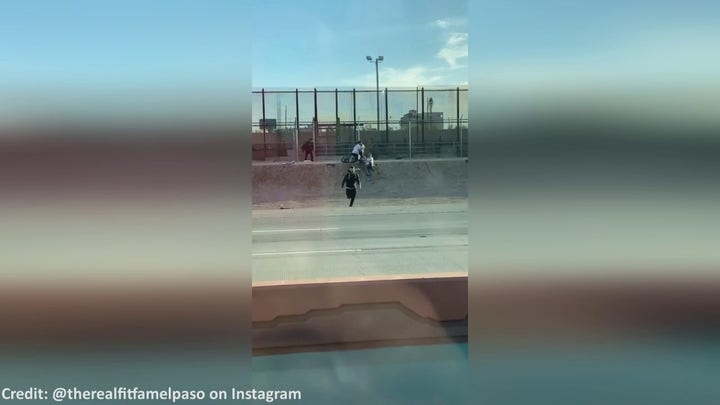 History shows that even the talk of amnesty by Congress fuels more illegal immigration, as you saw during the failed attempts at "comprehensive immigration reform" in 2007, 2008 and 2013. DACA itself has a legacy of sparking a significant increase in UACs being trafficked to the southern border, beginning just two years after the policy was announced. There is no doubt that the cartels are already using this last-ditch effort to legalize "Dreamers" to entice the next wave of vulnerable migrants to subject themselves to horrific abuse on the journey north under the sales pitch that they will qualify for the next amnesty.

The Supreme Court appears ready to strike down DACA as unconstitutional. If this Congress was serious about legalizing that specific population of illegal aliens, they had two years to do it. Instead, they sat on the sidelines while the executive branch dismantled the border security apparatus it inherited. Now, some in Congress are getting greedy and trying to provide amnesty to a population of illegal aliens at least three times larger than DACA. Only after the Department of Homeland Security secures the border would it be appropriate for Congress to consider the narrower DACA issue.

The Trump administration offered a permanent solution on DACA in exchange for the border security and asylum reforms that would have prevented the current border crisis and potentially future ones from ever manifesting. That failed largely due to the objections of those on the left who are now desperately trying to cobble together votes for amnesty without securing the border. Now is not the time to solve a political problem. Instead, it’s past time actually to secure the border.