Former Justice Thomas law clerk John Yoo and Former assistant US attorney Andy McCarthy weigh in on the latest from the FBI raid on Trump's Mar-a-Lago estate on 'Your World.'

Attorney General Merrick Garland proved Thursday that he is better at starting a fire than at putting one out.  Earlier this week, the Department of Justice and the Federal Bureau of Investigation (FBI) executed a warrant, in search of evidence of a crime, of a former president’s home.

This in itself was without precedent in all of American history. Presidents who have risked impeachment or close, such as Andrew Jackson, Andrew Johnson, Richard Nixon, and Bill Clinton, never suffered such a search. In fact, DOJ prosecutors have never indicted a former president with a federal crime. That the former president is Donald J. Trump only multiplied the inevitable controversy.

While DOJ remained silent, consistent with Department policy not to comment on ongoing investigations, Trump loudly attacked the FBI for violating his constitutional rights, failing to apply the law equally, and persecuting him for political purposes.

At Thursday’s press conference, Garland did nothing to address the serious questions surrounding the search. While he admitted to authorizing the search, he correctly observed that a federal court had approved the constitutionality of the warrant and that federal rules prevent him from disclosing anything more. 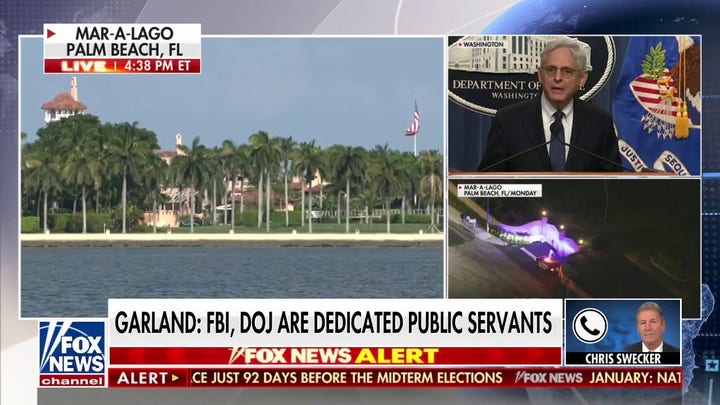 He announced that DOJ would ask the Florida federal court to unseal the warrant and the inventory of things seized, though he left out the critical affidavit used to justify the need for a search warrant. In other words, Garland added virtually nothing to what is already known.

This stance will frustrate the media and the public, though it is consistent with federal rules that make many search warrant materials secret out of concern for the privacy of the target (who in this case should want all information public), to protect confidential sources, and to keep secret the course of the investigation. This is all standard practice — if the target were a normal target.

Under the Constitution and federal rules, a court cannot issue a search warrant unless probable cause exists that evidence will be found of a crime.

Justice Department leaks claim that the search is for papers that Trump has kept in violation of the Presidential Records Act, which generally requires presidents to deposit all official White House documents to the U.S. Archives.

An obvious problem for DOJ is that the Presidential Records Act is not a criminal law and has no penalties or enforcement.  If there is a crime here, it must be that President Trump has retained national security classified documents that he is no longer entitled to hold.

If these are the grounds for the search, Garland and DOJ have made a serious mistake — assuming it was a mistake.

In none of these cases did DOJ send a large force of federal agents to conduct a broad, surprise search. Instead, DOJ and the FBI negotiated with lawyers for the targets to reach an agreement on the return of the documents.

Using such aggressive, unprecedented tactics to search Trump’s home raises the question of whether DOJ hoped to find other material — perhaps relating to the investigation into the January 6 attack on the Capitol — in the course of executing the warrant on a far less serious charge.

But there is an even larger problem here. Garland, the DOJ, and the FBI seem to show little concern that a former president is not — and should not be — a normal target.  Of course former presidents return to the body politic and cannot be above the law. But the law provides former presidents with different treatment from regular citizens. 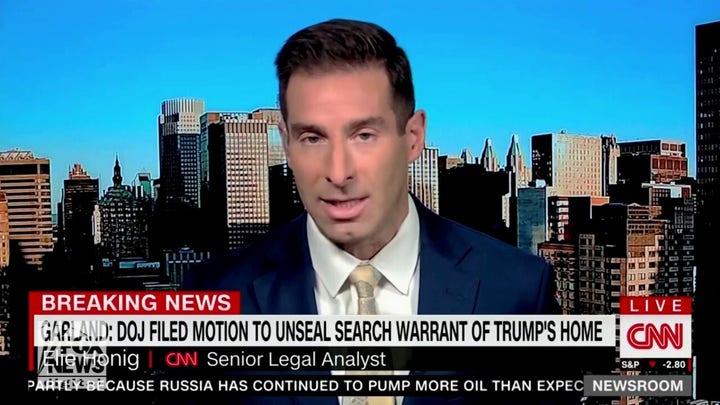 According to former presidents, these benefits are not a misguided confusion of our elected chief executives for monarchs. It is done out of concern for effective government.

We do not want our chief executives to worry about future legal liabilities when they face difficult choices, sometimes involving life or death, that are their responsibility.

As the Supreme Court has also found, the Constitution does not want to create incentives for presidents to engage in poor decision-making — such as failing to seek the most candid, if controversial, advice — out of fear that documents will be used to embarrass or attack him.

Garland does not appear to have carefully considered the incentives he has created if future presidents believe that their successors may investigate them, order the search of their homes and offices, and even ultimately prosecute them for federal crimes.

Trump disrupted much about the workings of government and the political system. Perhaps he even was involved in the January 6 attack on the Capitol — investigations will proceed and ultimately the American people will learn all the facts of the matter. But in following these lines of investigation, the Justice Department must tread carefully.

It cannot allow its desire to investigate Trump to undermine the very standards for equal justice under law that is its guiding principle.  And that requires Garland and all those involved in the confrontation with President Trump to consider the damage they may do to the institution of the presidency that has served this nation so well for more than two centuries.