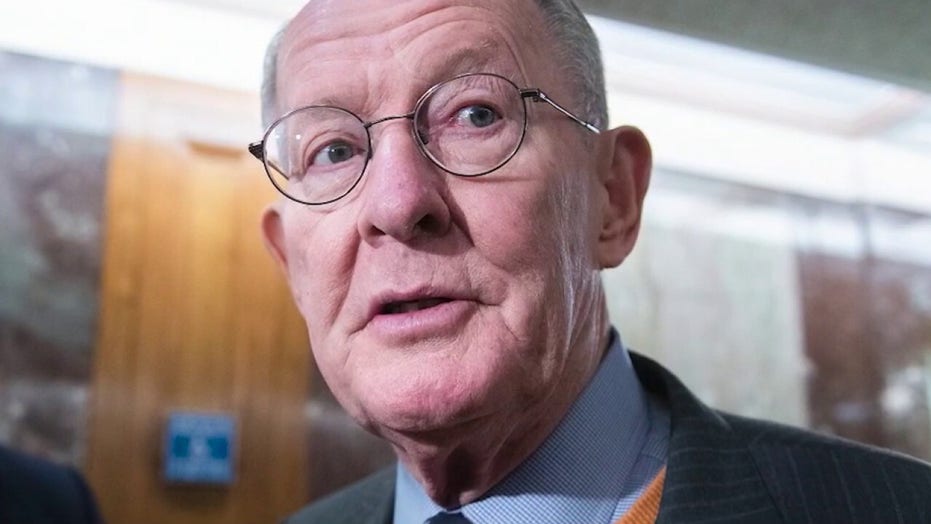 The Senate was right to vote Friday against hearing new witness testimony at President Trump’s impeachment trial. The Democrats’ demand for new witnesses at the trial was a red herring – a talking point that had some surface appeal but, upon scrutiny, was nonsense.

House Intelligence Committee Chairman Adam Schiff, D-Calif., and the other impeachment managers claim that there have been no witnesses in the trial. They said before the Senate voted 51-49 Friday to block more witnesses that if Republicans did note vote to approve subpoenas for former National Security Adviser John Bolton, among other top current and former administration officials, that the trial will be a “sham” – an exercise in “cover-up.” You can’t have a real trial, was their refrain, unless witnesses are called.

It is nonsense. There have been plenty of witnesses. Schiff’s problem is that the additional witnesses he wanted to call would not change what has already been proved in any meaningful way.

GOP BLOCKS WITNESSES IN SENATE IMPEACHMENT TRIAL, AS FINAL VOTE COULD DRAG TO NEXT WEEK

Obviously, what’s happening in the Senate is not a trial in any familiar sense. We are used to judicial trials. Impeachment presents something completely different, a Senate trial. The Senate is a political body, not a law court.

In the Senate, there are no trial procedures like those that govern judicial trials. The federal rules of evidence do not apply. Neither do the rules of criminal or civil procedure. You could not have a judicial trial without these rules.

In stark contrast, the Senate trial has featured a mountain of hearsay, press reports read into the record, witnesses testifying about their opinions on subjects they are utterly unqualified to opine on, and so on. None of that would be permitted in a judicial trial.

Even Chief Justice John Roberts – though he is a federal judge, is wearing his robe, and occupies a desk raised above the well – is not sitting as a judge in the usual sense. Under the Constitution, the Senate has the sole power over impeachment trials. The chief justice does not have power over the proceedings as he would in a court.

The Democrats’ problem is not that they’ve been stopped from proving their case. They did prove their case … but their case is, at best, a petty crime, while impeachment is akin to capital punishment

In the impeachment trial, Roberts is the presiding officer, not the judge. The Senate is the judge. For the sake of moving things along, the chief justice is ostensibly permitted to make rulings (for example, his refusal to allow a question from Sen. Rand Paul, R-Ky., relating to the so-called “whistleblower”). But any ruling Roberts makes can be overruled by the Senate.

Remember, ordinarily the vice president is the presiding officer in Senate proceedings. But the framers realized that it would be inappropriate for the vice president to preside over an impeachment trial of the president. To avoid the obvious conflicts of interest, the chief justice was substituted for that purpose. But the task is ministerial, not judicial.

Just as the role of the judge and the governing rules in a Senate impeachment trial are night-and-day different from what takes places in a judicial trial, so too is the manner of presenting witness testimony.

In point of fact, there have been over a dozen witnesses at the impeachment trial. They have not physically come into the Senate and testified. Rather, they testified in the House investigation. Their testimony is all in the record of the Senate trial, and both the House managers and the president’s counsel relied on it in making their arguments.

That is actually not much of a departure from judicial trials. Routinely, in an effort to complete a trial expeditiously, opposing parties enter witness stipulations. These are agreements that, “if X were to be called as a witness, X would testify as follows” – with the two sides then summarizing what they mutually agree with witness would say.

The lawyers do not have to agree on why the testimony is relevant or whether it is true; just that their summary accurately reflects what the witness’ testimony would be if he or she came to court.

In effect, that is what has happened in the impeachment trial. Both sides are assuming that the many witnesses who testified before the House would give exactly the same testimony in the Senate that they gave in the House.

Another salient difference between judicial trials and the Senate impeachment trial is motion practice. In a normal criminal case, for example, there is no guarantee that any witnesses will testify. Instead, the defendant is permitted to make pretrial motions seeking dismissal of the charges – including on the ground that the indictment fails to state a cognizable offense.

When such a motion is made, the judge assumes for argument’s sake that all of the factual claims the prosecutors have made are true.

If the judge grants the motion, it means that even if all the testimony and documentary evidence came out precisely the way the prosecutors have alleged they would come out, the case still has to be dismissed because the charges are legally insufficient. There is thus no need to call witnesses – end of story.

If that procedure had been available in the Senate trial, the case would have been thrown out without any witnesses.

The consensus position of Republican senators is what Sen. Lamar Alexander, R-Tenn., announced as his conclusion on Thursday night: The Democratic House managers proved their case that the president pressured Ukraine to conduct investigations that might help him politically; but the allegation does not rise to the level of an impeachable offense – because there ultimately were no investigations, because Ukraine got its U.S. aid and was not harmed, because it was lawful (even if unwise) for Trump to ask Ukraine to look into the activities of former Vice President Joe Biden and his son for purposes of rooting out corruption, and so on.

The important consideration when it came to Bolton is not whether he would physically show up in the Senate chamber, take the oath, and give testimony. It was whether his testimony would change anything. It wouldn’t. If he testified in a manner that is consistent with press reporting about his soon-to-be-published memoir, it would prove that the president pressured Ukraine for investigations.

The House managers have already proved that.

There is no need to belabor the point. The Democrats’ problem is not that they’ve been stopped from proving their case. They did prove their case … but their case is, at best, a petty crime, while impeachment is akin to capital punishment. It’s not that we approve of petty crime; it’s that petty crime is not a capital case. And even if Bolton testified, it wouldn’t become one.