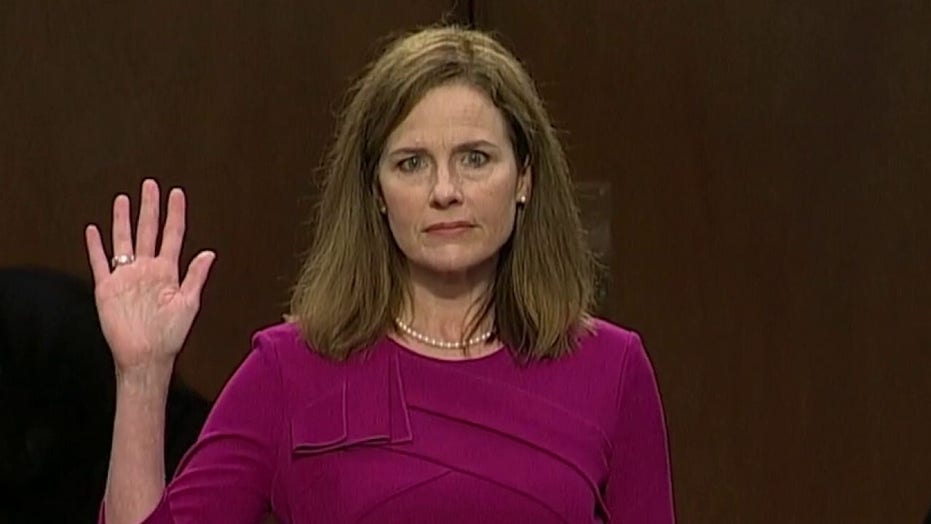 In Judge Amy Coney Barrett, President Trump could not have picked a better, more qualified person to serve on the United States Supreme Court.

An accomplished jurist, Notre Dame law professor, and mom of seven, Judge Barrett possesses the strength of intellect, high moral character and dedication to the rule of law befitting our nation’s highest court. She is also a model of decency and civility, as countless colleagues of hers have attested to over the years.

We join governors from around the country to strongly support her nomination. The Senate should confirm her without delay.

A professor of law for 15 years, Judge Barrett’s academic scholarship — which has focused on constitutional interpretation, stare decisis, and statutory interpretation — is profound and impactful. It’s also been highly recognized. She was named “distinguished professor of the year” by three graduating classes and has been published extensively in top law journals throughout the country.

Judge Barrett’s remarkable legal career to date is impressive on its own. But it’s the universal respect and admiration she’s earned from her colleagues that really stands out.

Supporting her nomination to the 7th U.S. Circuit Court of Appeals, her fellow Supreme Court clerks stated: “We are Democrats, Republicans, and independents, and we have diverse points of view on politics, judicial philosophy, and much else. Yet we all write to support the nomination of Professor Barrett. ... Professor Barrett is a woman of remarkable intellect and character. She is eminently qualified for the job.”

Her colleagues at Notre Dame expressed similar, unanimous praise in 2017, writing: “As a scholarly community, we have a wide range of political views, as well as commitments to different approaches to judicial methodology and judicial craft. We are united, however, in our judgment about Amy. ... She possesses in abundance all of the other qualities that shape extraordinary jurists: discipline, intellect, wisdom, impeccable temperament, and above all, fundamental decency and humanity.”

As a judge, Judge Barrett has consistently demonstrated the utmost impartiality and restraint — qualities essential to the equal interpretation of the law. As she stated at the announcement of her nomination: “A judge must apply the law as written. Judges are not policymakers, and they must be resolute in setting aside any policy views they might hold.”

In this, Judge Barrett’s rhetoric has matched her judicial record.

Americans can be confident that Judge Barrett will continue to interpret the law and the Constitution as it is written. This is especially important when it comes to the separation of powers enshrined in our founding documents.

As elected leaders of our states, we believe strongly in preserving the proper roles of our three co-equal branches of government. Judge Barrett’s record proves she does too.

In addition to her distinguished legal career, Judge Barrett is a woman of immense moral character, someone who is devoted to her country, community, family and faith — like so many Americans.

As a working parent, devoted daughter and engaged member of her community, Judge Barrett understands the struggles and joys of families throughout this country.

If appointed, she would become just the fifth woman in history to serve on the U.S. Supreme Court, and the first mother of school-age children. She is a justice for her time, as qualified and prepared as few in her position have ever been to serve in this incredible capacity.

There’s no doubt that Judge Amy Coney Barrett will make an excellent addition to the Supreme Court. We urge all senators to support her swift confirmation without delay.

Republican Greg Abbott is the governor of Texas. He previously served as the state's attorney general from 2002 to 2015.

Doug Ducey, a Republican, is the governor of Arizona.