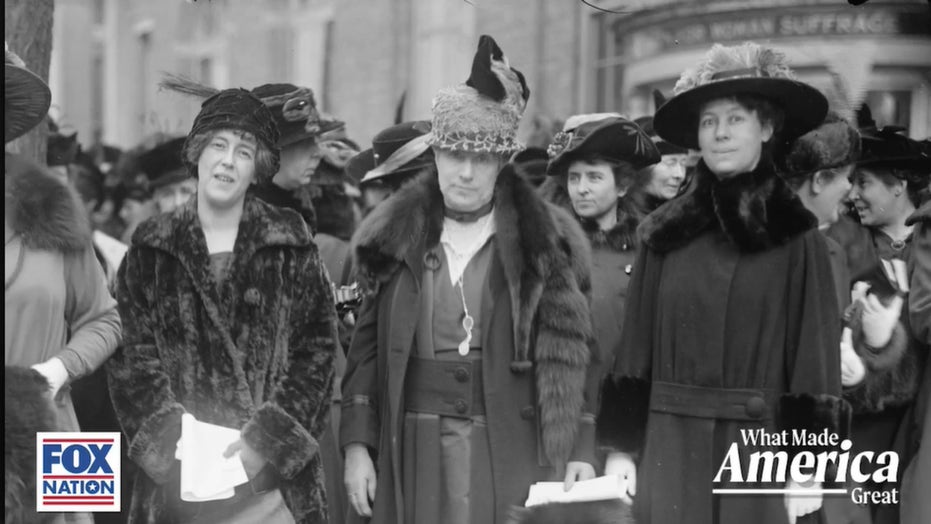 August of 2021 signifies the 101st anniversary of the passage of the 19th Amendment, which transitioned women from not having any political say in society to being able to elect their own leaders and hold them accountable.

In the Fox Nation series ‘What Made America Great’ host Brian Kilmeade sits down with esteemed historian Jane Hampton Cook, to discuss some of the creative ways women lobbied for the passage of the 19th Amendment.

Hampton Cook told Kilmeade that, under the Constitution, 84% of people in the 1800s could not vote due to laws that restricted voting rights to property owners — as, at the time, only those who owned property were entitled to weigh in on political matters.

Eventually, all men were given the right to vote, regardless of property status, but women needed to fight their own battle — and they came up with rather creative ways to do so.

According to Hampton Cook, suffragists would send valentines to the president and members of Congress urging them to vote in favor of the 19th Amendment.

The women stationed their headquarters across the street from the White House where they spent hours making phone calls, typing letters and creating signs for their marches.

"They wanted the vote so badly that they realized they had to take it to the president," Hampton Cook explained. "So they set this headquarters here, across the street from the White House, so they could keep the issue in front of (the president) almost at all times."

The historian added that the suffragists held signs in front of the White House every day and never gave up, even in inclement weather.

"They really understood that in order to give all women the right to vote, (they) weren't going to get there state by state," she told Kilmeade. They needed the "federal amendment."

Suffragists even "kept cards on the members of Congress - on whether that congressman’s wife supported suffrage or daughter -  and they would use that personal connection to convince them to go ahead and vote for the amendment," Hampton Cook continued.

"They understood that power of relationship, and to make it personal for the member of Congress." 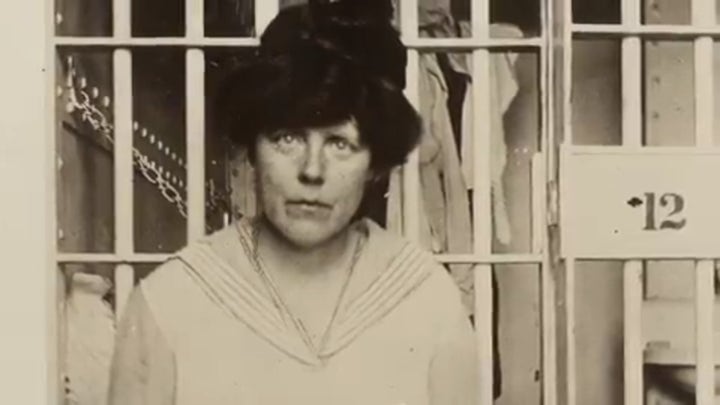 The movement, though, endured dark times, particularly when suffragists were jailed for unlawful assembly or obstructing traffic.

Though the charges were minor, the imprisoned women were reportedly beaten, given food with worms and even force-fed them.

News of the torture the imprisoned women were suffering led to an emotional turning point in the fight for equal rights. Women were granted the right to vote nearly two years later.

Hampton Cook, explaining how the passage of the 19th Amendment impacted women’s lives, noted that if women had an issue with their congressmen, they were able to hold them accountable.

She asserted that the amendment is not about women voting a certain way but about giving women "the freedom to think and choose and vote in what is (in their) self-interest and that of (their) families.'"

"(The suffragists) were giving up their personal freedom so that ultimately all women could gain political freedom," Hampton Cook said. "...They didn’t fight on a battlefield, but they were a little army of women with purple and white banners. They’re the ones we remember in that turning point to get to the 19th Amendment."

To learn more about the full story, sign up today on Fox Nation and watch ‘What Made America Great: The Women’s Vote.'

Fox Nation programs are viewable on-demand from your mobile device app, but only for Fox Nation subscribers. Go to Fox Nation to start a free trial and watch the extensive library from your favorite Fox News personalities.