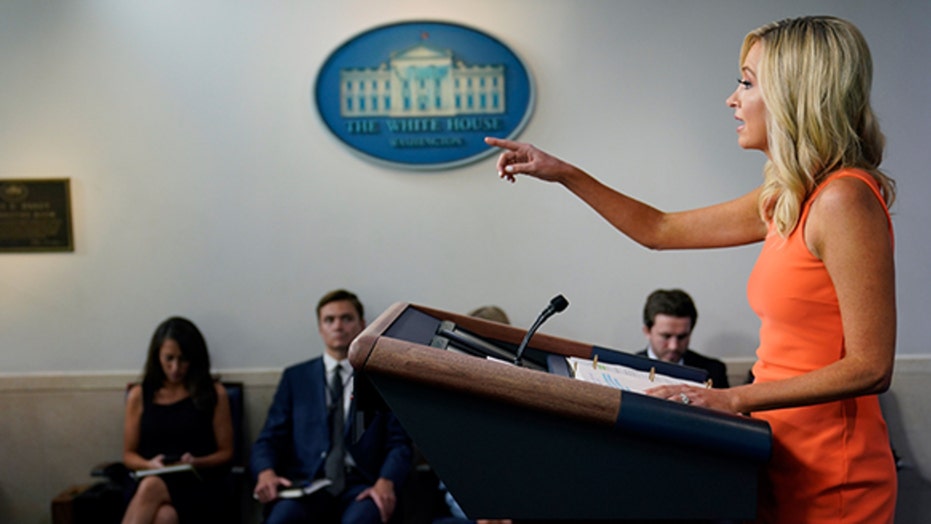 "The Five" co-host Jesse Watters argued Monday that The New York Times report that Russia offered Taliban-linked militants bounties to kill U.S. troops in Afghanistan is "just another lie" in a greater effort to take down President Trump.

"At least things are back to normal," Watters joked. "Trump is getting accused of being a Russian agent. I guess things are starting to look like they used to."

MCENANY: PELOSI 'PLAYING POLITICS' WITH 'FALSE' REPORTING ON RUSSIAN BOUNTIES FOR US TROOPS

A senior U.S. official told Fox News that the National Security Council recently met to come up with a "menu of responses" to Russian action in Afghanistan. However, the president was not briefed on the matter. Military sources also tell Fox News that Russia has been trying to harm U.S. interests in Afghanistan for some time, as has Iran and Pakistan.

Late Monday, a White House official said Trump has been briefed on the intelligence behind reports of Russian bounties on U.S. troops in Afghanistan and said the briefing took place "after the NY Times reported on unverified intelligence." The Times report was published Friday.

"When you have some sort of hater in the intelligence community that takes a piece of raw, unverified intelligence that no one has even agreed upon as true and then they leak it to a New York Times reporter and then spin it and lie about the fact that the president has been briefed on it to make the president look weak against Russia or the fact that Russia has something on him ... it creates this Russian cloud around the president," Watters explained.

The "Watters' World" host added that the claim will also force Trump to keep U.S. troops in Afghanistan to save face.