A Venezuelan refugee pushed back strongly on Ilhan Omar’s anti-capitalism statements, claiming on “Fox & Friends" that Democrats have a hidden agenda behind their police reform protests.

“I think that the big problem that her statement shows is that she revealed her whole intention from the beginning was not about the criminal justice system," said Daniel Di Martino, who grew up in Venezuela and left the country as socialism took hold.

"The Democrats have not wanted to pass things like the Justice Act that the GOP proposed in the Senate by Tim Scott,” said Daniel Di Martino, who grew up in Venezuela and left the country as socialism took hold," he said on Wednesday.

“Their goal from the beginning with the protests has always been to push a socialist agenda. They think that profit is bad. Profit is good. Profit means that businesses should produce more of what they’re doing. If there is no profit, we get to what happened to my country in Venezuela where businesses just shut down and everybody is jobless,” Di Martino continued.

Rep. Ilhan Omar called for dismantling economic and political systems that serve as a “system of oppression.”

The Minnesota Democrat said Tuesday that most conversations about police brutality and racial injustice do not go far enough in their call for change. 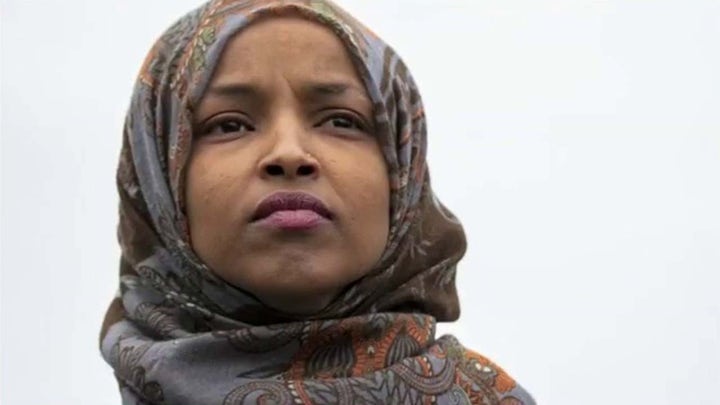 “We can’t stop at criminal justice reform or policing reform,” she said during an outdoor press conference. “We are not merely fighting to tear down the systems of oppression in the criminal justice system. We are fighting to tear down systems of oppression that exist in housing, in education, in health care, in employment, [and] in the air we breathe.”

Omar said it was time to “guarantee homes for all” due to racial disparities in homeownership. She said that homeownership rates are nearly twice as high for White families as they are for Black families.

She also promoted the Green New Deal “because we know that environmental racism is real.”

Di Martino said that regardless of where socialism was being implemented, it has led to the same result.