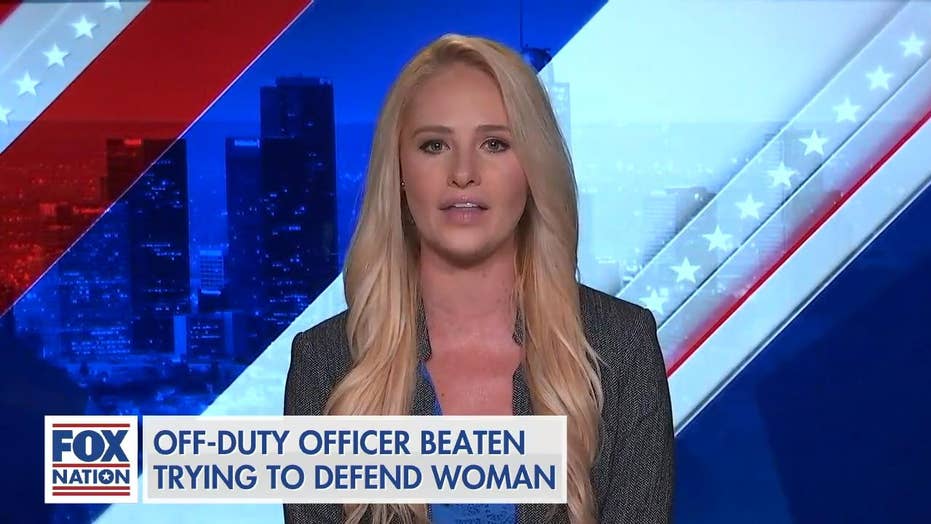 ‘Young people in this country are not taught right from wrong anymore’: Lahren responds to teen mob who attacked off-duty police officer

In her daily commentary "Final Thoughts," Fox Nation host Tomi Lahren shed light on the upbringing of today's youth after a group of teenagers attacked an off duty officer at a busy outdoor shopping center in California last  Friday.

"What happened at that mall isn’t an isolated incident or a fluke. This kind of crap happens every single day across the nation. Teens and young people are parenting themselves and clearly, it’s not working. I blame the school system, felon-friendly laws...anti-authority upbringings, and the collapse of the American family, in general," Lahren said.

After spotting the commotion, an off-duty California Highway Patrol officer – who asked only to be identified as Greg B. – approached the group and tried to secretly take photos until one of the teenagers ran at the off-duty officer and hit him. Another boy then punched him as he ran off but he was surrounded and attacked again, as seen in the video released by officials. 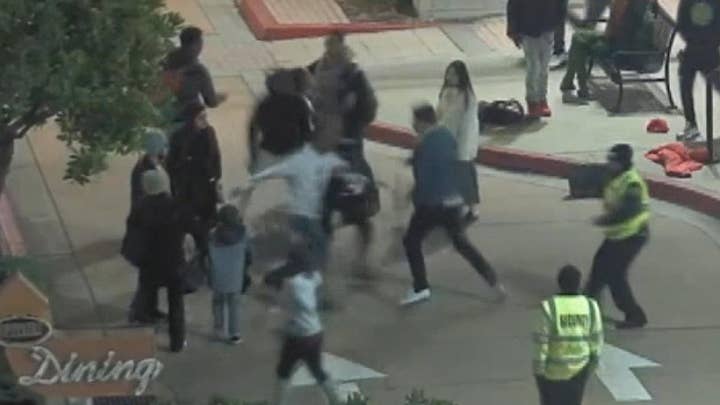 Lahren, an outspoken critic of California's "felon-friendly" laws, was visibly angry in the Fox Nation segment. She said she was not surprised by the violent incident.

"First of all, where the hell are the parents? Not just at the time of the incident but in general. Whose teenage kids are taught acting like lawless animals is acceptable," she asked.

"This wasn’t just a schoolyard tiff, this was an assault. Not only did they possibly steal the woman’s phone, they then proceeded to push and shove her all before brutally attacking the officer like a pack of wild animals. This is absolutely appalling but sadly, not surprising."

"Young people in this country are not taught right from wrong anymore. Heck, as evidenced by this incident, far too many young people aren’t even taught that violence is wrong," Lahren added.

The Fox Nation host also issued strong praise for officer Greg B. -- who sustained a concussion, a broken finger and bruises after the assault.

"To this CHP officer who bravely thrust himself in harm's way to defend that woman, even though he was off-duty, I say, 'Sir, you give me hope and you make officers everywhere proud'."

Reiterating her praise for the officer, Lahren took jabs at the left for their "anti-police rhetoric."

"Despite the anti-police rhetoric spewed by the mainstream media, celebrities, and many on the left, it is quite clear our officers love their communities enough to spring into action even when they don’t have to, even when it lands them in the hospital after being choked unconscious," she said.

"It takes a special kind of person to do that."