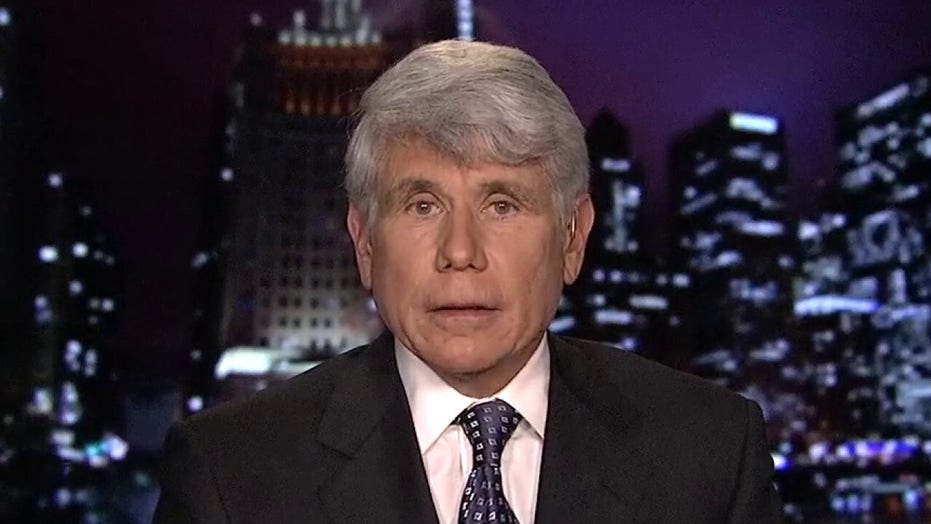 Former Illinois Gov. Rod Blagojevich discusses his freedom from prison and the sentencing of Roger Stone.

Former Illinois Gov. Rod Blagojevich joined "Watters' World" in an interview that aired Saturday, saying President Trump had the "testicular virility necessary to do the right thing" -- something he said former President Barack Obama did not.

"Well, let me just say this, that the current president has trumped the former president when it comes to the testicular virility necessary to do the right thing and to undo injustice," Blagojevich told host Jesse Watters. "I went to prison and spent nearly eight years in prison for things that aren't crimes, routine politics."

Trump on Tuesday announced he was commuting the prison sentence of Blagojevich, who was convicted for attempting to sell Obama’s vacant Senate seat when he was elected president.

The former governor has maintained his innocence since his release, sparking condemnation from critics on both sides of the political aisle.

On CNN Friday, Blagojevich sparred with host Anderson Cooper, who claimed Blagojevich was engaging in the usage of a "whole new alternate universe of facts" and failing to admit guilt.

"That may be big in politics today but it’s still frankly just bulls---," Cooper said.

Blagojevich told Watters on Saturday that Obama could have acted on his situation before leaving office but failed to do so.

"President Obama surely must have known something like that, that were the circumstances surrounding my situation, I think he could have acted at the appropriate time, considering the political implications when he left office," he said.

"He didn't do it," Blagojevich added. "And how ironic that President Trump, who I met briefly on ['The Apprentice] will become the first president American history to fire and free the same guy."

Fox News' Brooke Singman and Joseph A. Wulfsohn contributed to this report.