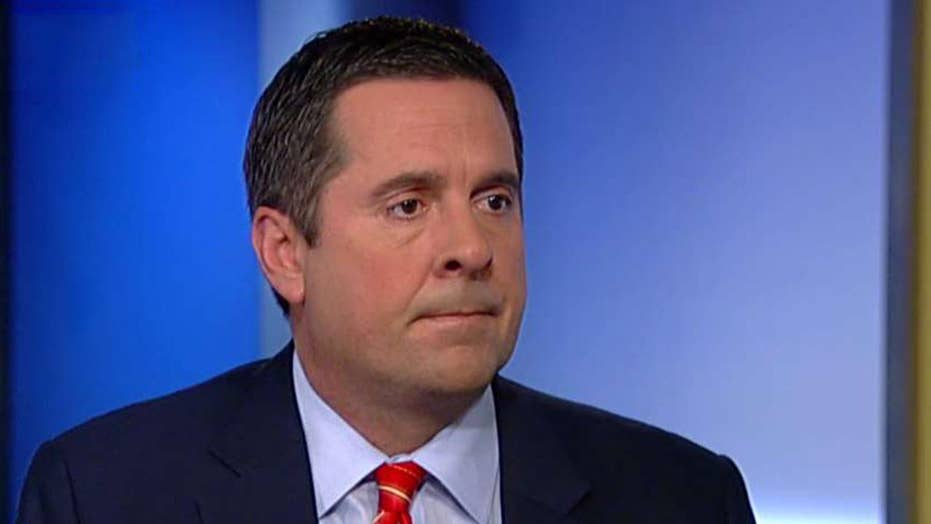 Nunes, a California Republican who serves as ranking member of the House Intelligence Committee, said on "The Ingraham Angle" that his GOP colleagues on the panel wrote to Atkinson in September, complaining about relevant forms that didn't match, and that the investigator responded in "an inadequate way" a week later.

"The very origins of this investigation are shady and don't make any sense," he added of the probe into President Trump and Ukraine.

When host Laura Ingraham referenced past pointed criticisms of Nunes, the lawmaker brushed them off.

"If they think I'm going to go away, I'm not," he responded.

He said that if he were Atkinson, he would provide full documentation to prove there was nothing nefarious going on in September.

"You have to either believe he is in on it or he is incompetent," he said, adding Atkinson's October 2019 response letter could be characterized as him being indeed "incompetent."

"If he's incompetent ... we need to have evidence of your incompetence. ... We are not going to take your word for it that, 'Oh, we made a mistake'," he added.

Republicans for weeks have complained that the whistleblower made contact in advance with the staff of House intel panel Chairman Adam Schiff -- though Schiff, a California Democrat, has downplayed the nature of that contact.

Whether Republicans are looking further into that contact as part of their review was unclear. But since last fall, they have specifically challenged intelligence community officials over changes to a key form that dropped a requirement for “firsthand information” in whistleblower complaints.