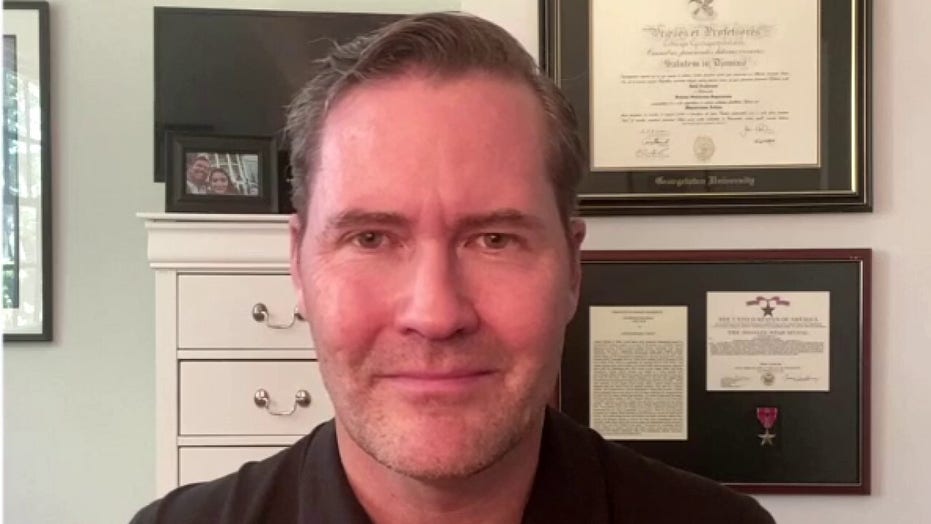 Rep. Michael Waltz, R-Fla., told “America’s Newsroom” on Monday that state and local elected officials must “start taking a tougher stance” against the riots erupting in the midst of protests over the death of George Floyd.

“These mayors and these local elected leaders need to start getting tough and drawing the distinction between peaceful protests," Walz said, "and looting and rioting and punks like what we’re seeing with Antifa and, I think, that is what the country is calling for and we had a situation last night when the mayor of D.C. didn’t put a curfew in until 11 p.m."

Walz, a Green Beret and veteran of the Afghanistan War, added that the area around the White House "looks like a war zone ... I fought all over the world. It looks like some of the war zones I have been in."

Walz spoke shortly before President Trump unloaded on governors in a phone call over their response to protests and riots across the country following the May 25 death of Floyd, calling the state leaders “weak” and urging them to "dominate" the demonstrators.

The president also promised to “clamp down” on protests that have ravaged parts of D.C. over the past three nights.

Waltz suggested that local elected leaders are "telling the police to let the rioters vent their rage."

"The National Guard is there in support of that and following that guidance," he said. "I don't think that's what America wants to see anymore: burning police cars, burning churches, destroying businesses that have already suffered from COVID. That is not what this country is all about, that is not peaceful protest."

The lawmaker added that the federal government and the FBI should be focused on "taking down Antifa."

The National Guard has activated an estimated 16,000 troops to help quell the riots that have broken out in major cities over the death of Floyd. An addition 46,000 troops had already been mobilized to aid the coronavirus fight.